Photon energy levels previously only attainable in distant cosmic object like magnetars, black hole accretion disks or as bremsstrahlung radiation in the most powerful cyclotrons of the previous decade (2010-2020) are now attainable in a vehicle-portable tabletop sized device.

Due to the rapidly deteriorating security situation in the world, it is perhaps not surprising that the immediate application of the LAM technology is in the military area. With the involvement of DARPA and a number of secretive startups, the US has developed a lead in the field, and the most public of the startups has unveiled a prototype to US CENTCOM, where they estimate that a 1-meter diameter fixed-sentry (journalists quipped that it was shaped a bit like a Dalek from Dr. Who, minus the wheels) can be built for $50,000 and, with an appropriate power source, is capable of near-continuous (90-95% uptime) devastating fire in the MeV range ("fluorescence" is the current euphemism) with virtually no maintenance for up to 1 year unless physically damaged by enemy fire. The latest version also boasts impressive angular velocity and target acquisition and engagement speed is so fast that is it said that a human cannot actually see it move.

While the US pioneered the technology, US adversaries are working overtime to replicate the technology, and the most advanced will probably succeed in doing so in the next few months/years. Already unreliable, overheating prone, lower-power versions have popped up in the arsenals of non-state actors in the never ending conflicts in West Asia.

What would the main effect of such gamma-ray sentries be on the battlefields of the near-future? Can maneuver warfare persist under these constraints?

Expanding on John Robinson's answer, there are quite a few difficulties that the proposed Gamma Ray device will have, making it's use different from what you seem to be proposing.

First off, we see the amount of energy required to power the device, and the short time periods involved in creating the gamma ray burst or beam. This means while the device itself might be the size of a Dr Who Dalek, it will need to be attached to something capable of providing massive amounts of energy and support (such as cooling). An aircraft carrier might be an appropriate vehicle to carry one of these. 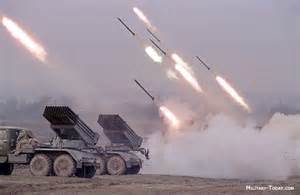 Looking at the problem fem this angle, I can see a modification to your assumptions is needed, but fortunately(?) will still have much of the same effect. There are already devices called "wake field accelerators" (see: https://portal.slac.stanford.edu/sites/ard_public/facet/Pages/rpwa.aspx, and http://www.slac.stanford.edu/pubs/slacpubs/3750/slac-pub-3891.pdf, for example) which can accelerate beams of electrons in the space of a fraction of a metre. 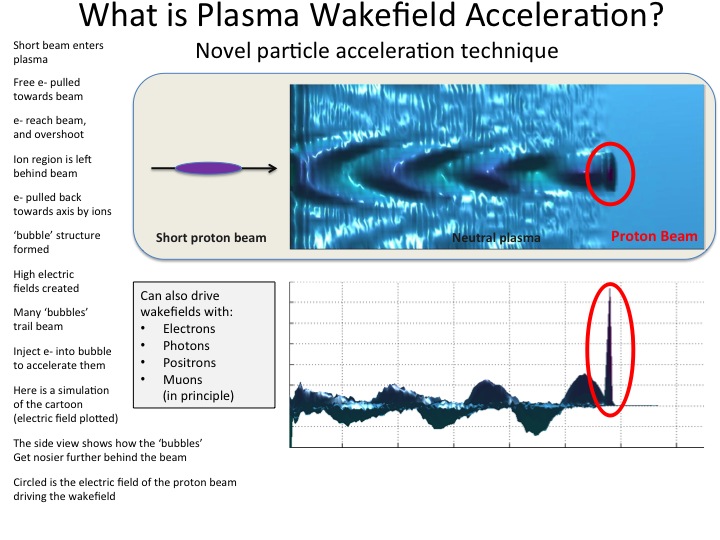 These high speed electron beams are the heart of "Free Electron Lasers" (FEL) which have high "wall plug" efficiency (up to 60% of the energy can be converted to laser light) and are "tuneable" to frequencies that you desire. The FEL can be tuned to fire through one of the "windows" in the atmosphere which are not highly absorbent of laser light; the primary stipulation is you keep the beam energy low enough to prevent the atmosphere from breaking down into a plasma and absorbing the beam. A rapid pulse rate reduces this problem and also applies high energy shocks to the target, so in addition to thermal damage and the erosion or vaporization of the target material, mechanical shocks will also be weakening the structure.

Note: I'm no expert on radiation, I'm just going off of what I remember from my time as a physics major in college. We played around with low-energy gamma rays in an experimental physics class, but I don't have firsthand experience with high energy physics.

First, a background in radiation and some math.

A dose of 10 Sv (enough exposure to gamma radiation to add 10 Joules of energy per kilogram of matter) is lethal beyond medical help - even bone marrow transplants or other major surgeries won't help you. So let's use that as our reference point to calculate how much energy these turrets are actually putting out. We'll need that in order to figure out how much energy output we're dealing with.

Supposing an 80 kg soldier, the turret needs to hit them with 800 Joules. That comes out to about $5\times 10^{15}$ MeV. A normal light bulb can emit on the order of $2^{20} photons per second (see problem two), so assuming that our turrets are on the order of 1 MeV per photon (as per OP), this energy transfer would definitely happen in less than a second. They'd probably be a bit more energetic than that, though, because a) a second is a long time in a fast-paced battle and b) some energy would be lost to the air, so better to be more energetic.

There are two types of absorption that we care about: Compton Scattering and Pair Production. Compton Scattering is the easy one. In simple terms, when the gamma ray hits something, it loses some of its energy and moves in a slightly different direction rather than straight forward. Pretty basic.

However, things start getting weird at 1.02 MeV. Above that energy, there's a chance that when the gamma ray interacts with something, it will create an electron-positron pair. This is Pair Production. The positron will then annihilate with an electron, creating two gamma rays with half the initial energy (ie a 1.02 MeV gamma ray goes through pair production and becomes two 0.51 MeV gamma rays after the positron annihilation). Those lower energy gamma rays will then undergo Compton Scattering until their energy drops off.

Well then. How does all of this apply?

The best way that we know of to protect against gamma rays is simply putting as much stuff between it and you as you can. In general, one centimeter of lead will reduce gamma ray intensity by 50%, though the exact amount depends on the energy of the gamma ray. So the first thing anyone attacking one of these turrets would want to do is to get behind something, or inside something. I can see soldiers being transported in bulky carriers, where the majority of the mass of the carrier is simply shielding from the gamma rays.

On disembarking, the soldiers would need to have shielding of their own. Due to the inexorable crawl of technology, I can imagine that it wouldn't be too long before we started suiting soldiers up like the Thor unit from Starcraft. (Yes, I went from citing high energy physics to citing video games. Fight me.)

Depending on how long it takes to get the turrets mobile, eventually we would decide that it's better to just not have soldiers on the battlefield, and to instead have soldiers be remotely controlling the turrets. Remote-controlled warfare: the future is now!

ETA: Maneuver warfare could still exist for sure. It would just require an awful lot of planning, and probably some distraction drones that are used purely to draw the turrets' fire while the soldiers did their own things. The fact that currently the turrets are not mobile themselves means that they're only really usable to defend fortified holdings.

One problem is radioactivity. A battlefield after gamma-ray weapons have used will be highly contaminated just like places where nuclear weapons were detonated. Many elements will absorb gamma photons into their nuclei, leaving radioactive by-products. With air absorption, the fall-out will be far and wide. The military force deploying gamma-ray weapons could be harmed to degree comparable to the forces on the receiving end.

Arms Limitation Treaties will be either set up or called for to ban gamma-ray beam weapons. If that doesn't happen, you can expect a massive outcry in the aftermath if your gamma-ray guns are used near any civilian population. Think what would happen if Hiroshima or Nagasaki were nuked today in the current Age of Media, the impact would be similar.

Also, soldiers themselves will become peaceniks too. They will have seen the causalties and the own wounded of both sides of combatants. Radiation sickness isn't pretty. Deployment of gamma-ray weapons will be hazardous. Few soldiers will want to be targeted by weapons of this kind.

In general, no weapon is used in isolation from politics. The deadlier the weapon, the more heated the politics. Remember of the history of the politics of nuclear weapons and the Ban the Bomb movements. Get Rid of Gamma Guns coming up real soon now.

You will be shooting air

Just like visible photons, gamma interacts with air. Air absorbs gamma. So — when extrapolating into the MeV range from the table on that page — for every 100 meters away your target is, you will be putting half of your remaining energy into the air. At 1000 meters, your gamma ray is 1/1000 of what it was at the gun.

This of course means that you heat the air immensely, which will distort it and obscure the target.

In short: this will mostly just punch holes in the air.

The only sure effect of widespread use of such a device is, if it is effective, an arms race where advancements in anti-gamma ray protections are constantly fighting against advancements in gamma-ray production.

If the projectors aren't mobile, then I imagine most battles will start with an artillery barrage -- not to soften up the target, but just to throw up enough dust and smoke to diffuse the beams. Some kind of adaptation of night-vision goggles or VR enhancement to permit troops to fight in the smoke. Maybe all troop carriers would be equipped with steam generators to shroud them in fog and dissipate the beams enough that their (reflective?) armor can hold out for several minutes.

29
How close to interstellar space travel could humans get in the near future?
7
How useful would be genetic engineers of near future to human colony?
4
How would a pure fusion bomb change modern warfare
13
How would the Death Star laser really work?
10
How Effective Could we Expect a Subliminal Programming Facility to Brainwash People be in the Near-future?
8
With current or near-future technology, how plausible is an aircraft-based civilization?
9
What would be needed to have melee in a near future setting alongside ranged weapons?