What substances would be really valuable if transmuting material printers would exist?

Far Future. Almost every household has a 'fabber'. You put raw materials in it (can be almost anything) and it does what you program it to do. It transmutes the raw materials into what is needed. Then it basically 3-D-prints it. It only works if you have enough and the right quality of input material for the end product.

I am looking for a logical, chemically sound (does not have to be hard science) system how valuable the input materials are.

The first property that came to my mind was density. Would the most dense materials be the best to fuel the transmutation? Would Uranium be a better raw material than wood?

The materials are not constructed from the ground up, they are changed via (complete layman here) chemical or physical reactions. You know (I don't) changing number of electrons etc.

EDIT: Thanks to Burki I was able to decide that the 'fabber' is a chemical (dis)-assembler. This means that the transmution is limited to chemical changes.

Energy is cheap, but not unlimited. Obvious valuable items are the blueprint for advanced items, of course. But raw materials? How can they be ranked and classified?

The physical manipulation sounds a bit far-fetched for my taste. You would have to add or remove protons or neutrons from the nucleus. The energy levels involved would make this a really hazardous device and i am pretty sure regulations would forbid that very soon.

The chemical approach seems a lot more likely. Apart from the fact that the chemical composition of practically everything is known well enough to find out what materials you need and in what quantities, i think that once you have a molecular assembler, it should be logical to also have a molecular disassembler.

The disassembler would not only completely recycle any form of waste, it would also allow to safely store elements that are very reactive in a pure state. Think of oxygen's nasty habit to react with a huge variety of other elements, forming, among other things, rust. Or water. Or carbon dioxide.

Coming back to your original question: to make a gold ring, you would still need the gold. while it seems conceivable to make gold from lead by manipulating the atomic core, as stated above i don't think that will happen. Especially since all elements are available in massive amounts: we stand on an entire planet made up of all of them. Our household recycler could break down old circuit boards, sand, dirt, those ugly earrings that were a present for last christmas and a variety of oddities that used to go to a landfill. The elements will be stored in stable molecules, disassembled again immediately before use and formed into the desired object.

In general most things will be simple to make, and the raw materials will literally just be lying around, because the last time we needed something similar, we used pretty much the same materials.

Only when you want things made of rarer elements (gold, or plutonium for example) will you need to either disassemble a fair part of the local scenery, or buy the materials.

Diamonds, on the other hand, will be mostly wothless, being made up entirely of carbon, they can be produced from leftover salad if you really want to. They might be convenient forms of storage, though, similar to lumps of charcoal with the added benefit that they make much less mess.

If you are using something which can manipulate materials at the molecular level to create the materials needed in the finished product, then you are talking about a "Santa Claus Machine". This is basically a combination of a plasma torch, to turn the input into ions, then a scaled up mass spectrometer which manipulate the plasma stream to separate the elemental material out of the stream. 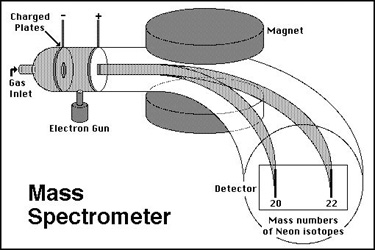 Since we are manipulating the chemical elements, then your question is actually rather moot as worded. You cannot make carbon nano fibre cloth if the input material is a piece of rock containing silicon oxides and iron.

Instead, you will either have to carefully manage the input stock to extract the elements needed for whatever you are making, or dump in a very large quantity of various raw materials in order to ensure you have extracted enough of the correct raw materials for your project, and place the rest in storage. This alternative isn't too bad since you will have ingots of very pure raw materials in the storage bin waiting for the next time you turn on the machine, making assembly faster and more energy efficient.

The final kludge would be for a real "wilderness expedition", where you cannot know with a high degree of confidence what the elemental composition of the raw materials is going to be, or if that matches what you are going to want to make. In that case, a very powerful AI with a great deal of knowledge of engineering and material science is going to have to be part of the device, and intervene starting with the refining step once it understands the true nature and quantities of the raw materials being separated in the mass spectrometer portion of the Santa Clause Machine. Then it will start to modify the item you want to make by adjusting the design to reflect the physical and mechanical properties of what is actually available. With enough intelligence and latitude of action, it might actually substitute a totally different item which can still allow you to carry out your desired action.

Don't dispair, however. Human civilization is built around a fairly limited set of materials which are commonly found, so if you can find a source of metals, silicon, carbon, nitrogen, oxygen and hydrogen, you have the feedstocks for pretty much anything that human beings can make. Silicon and Oxygen can be extracted from rocks and beach sand, Hydrogen and Oxygen from water, Carbon from virtually any organics, carbonaceous asteroids or hydrocarbon fuels and so on. Nitrogen might be an issue in space (Titan has a good supply) and there might be local shortages, but in the long run, a Santa Claus Machine can do most of what you are asking.

Okay, so I think the assumption is: (a) The device is limited to chemical changes, i.e. it cannot change one element into another, it doesn't turn lead into gold or hydrogen into uranium. But (b) it can make almost any chemical change you want, i.e. given the raw elements, it can freely re-arrange them into molecules.

It follows, then, that if you want it to be able to produce any product imaginable, it must have quantities of each element on hand. It has to have some amount of hydrogen, some amount of helium etc., up to uranium (or beyond, if necessary). That sounds like a problem right there. It has to have stocks of 90-some-odd elements, 90 containers to keep them in etc.

I suppose that if it can do all this chemical re-arraning, it doesn't have to store them as elements. It might store molecules of complex compounds, and break them down as necessary. I'm not sure if that helps anything. Maybe it's more convenient to store liquids than gases, so for example you'd rather keep water than hydrogen and oxygen etc.

Some elements would likely be used more than others, depending on what it is you're trying to synthesize. If you're producing food, that's a lot of compounds of carbon, hydrogen, nitrogen and oxygen, so you'd want a large supply of those, maybe not so much lithium. If you're mostly making engine parts, you need a lot of iron (to make steel) and aluminium etc.

That is, what elements you need mostly depends on what you're trying to synthesize.

I'd also advice avoiding physical changes, stick to chemical. Standing too close to something which is actually transmuting elements would probably leave you glowing in the dark.

You could have your machines break things down in each house or you could make it a utility with a feed line.

Something like this was used in The Diamond Age with big central Source's where elements were purified and combined into useful molecules and then fed down a Feed or pipe which branched out into every house where assemblers created whatever people needed.

Raw elements are still going to have a value. Making something out of gold will be more expensive than making it out of carbon.

Note that all of this will likely still be energy intensive.

I'm going to look at Bloom for my answer, in Bloom they use what they call "ladderdown" to perform nuclear transmutation actually changing elements, the result is energy and whatever element they tunnel out of the reaction mass. If the main goal is energy, and it usually is, then you extract hydrogen all the way down. The society in the novel also uses fusion to create power and light elements.

Under these conditions the novel suggests that the most valuable material is Uranium, as it has the most transmutation possibilities of any naturally available element, (and produces the most hydrogen for fusion) and that Iron is the cheapest, because Iron-58 is the low point in transmutation energy for both fusion and ladderdown due to it's binding energy. All of which is about right but I would suggest that Lead-208 or Bismuth-209, being stable (in the case of Bismuth it's not quite stable but is close enough for government work having a half-life a billion times longer than the estimated age of the universe) are worth more, at least more than their position on the periodic table would suggest. Mainly because it makes them easy to transport and store for extended periods without taking drastic precautions and without lose of energy, purity, and possibilities to spontaneous decay.

5
What would be the mass source for a futuristic retreat's reactor?
5
Is there a reliable way to store all stable elements?

17
Interstellar commerce: why would planets be valuable?
3
What Planetary resources would be most valuable for a Space Exploration world?
30
What is the hardest wood possible, and where would this be a practical material?
9
Floor Material: What would mer-society like to use for comfortable floors?
5
Perils of having a moon consisting of valuable material
2
Could a material exist that is glass-like on the outside but spongy on the inside?