What would happen to Earth if the Moon was destroyed?

In the movie Oblivion, the Moon has been destroyed by invading aliens. Several shots of the moon show what is left: 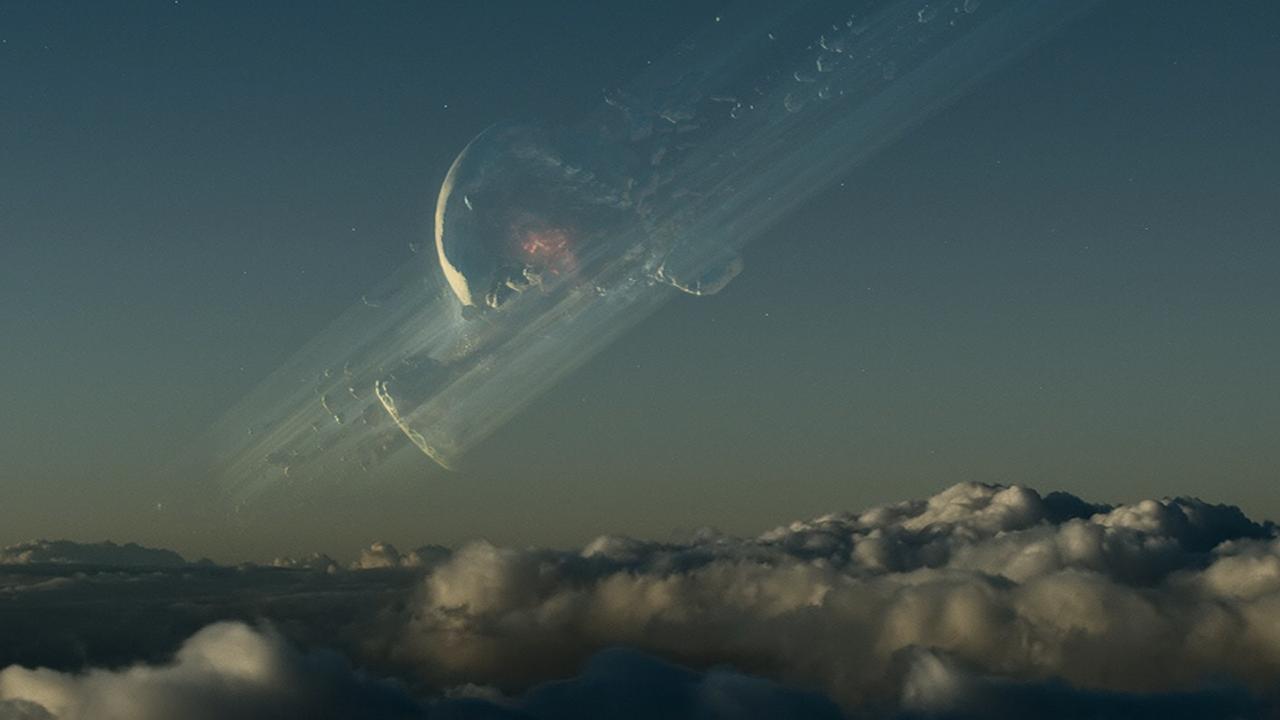 If the moon was somehow shattered like this, what would the effect be on Earth?

Case 1 - The earth gains a ring. This case arises when the debris will stay in orbit but not be pulled in by the gravity of the remaining moon. Every night is a little brighter. As the ring gets more evenly distributed, tides would become less severe and eventually die out. Check out this huffington post article about "if the Earth had rings." Some rings may also help with navigation, making finding north trivial.

Case 2 - The moon's (or its debris') orbit decays. In which case, the moon (or its debris) will slam (or return?) into the Earth. Any significant portion of the moon that makes it to earth makes the astroid which killed the dinosaurs look like a bug hitting a car's windshield. The moon or its debris kills almost all surface life. Also, global cooling would occur from the dirt kicked up by the impact(s), not that most creatures would be around to complain about it.

Case 3 - The moon is only temporarily disassembled. If the debris from the shattered moon is still mostly under the gravitational effect of the moon, it'll fall back down and re-form the moon! This may take a while, since the gravity of the moon is weak. The new moon would, most likely, not look like the current one. In the meantime, the tides and most life continues on earth almost like it never happened.

Case 4 - The moon has gained some energy so it can get out of its orbit. This event looks like it was really, really big. Maybe it gave the moon (or big enough chunks of it) enough energy to get out of orbit with the earth. In which case, the moon will appear (from Earth) to shrink into the sky, until it is gone entirely. Tides would subside. Animals and plants would need to adapt to the new, moon-less world. Over a larger timescale you'd also see a significant increase in the variability of the tilt of earth's rotation, making seasons less predictable and generally making life much tougher - one discussion is this article.

The Earth relies on the moon to stabilise its orbit. A stable orbit is necessary for stable seasons, and its likely that complex multi-celled life could never have evolved without these. You'd be looking at apocalyptically random weather, and depending on the extent to which the moon was damaged, the potential destruction of all life on earth larger than bacteria.

3
Dystopian Future | Moon Destroyed What Would Our World Look Like in 500 years?
31
What would be the consequences for Earth if the moon disappeared?
8
Conditions needed for a Fractured Moon