Men Protecting Themselves From Bewitchment

Alright, while trying to figure out the cultural impact of my (Dnd-style) class system, I realized that there was a problem with the Dancer Class:

Bewitching Dance-This dance only works on a small group of people who can see the Dancer; three people max. This Dance also works best on men; it rarely works on women. Basically, it takes advantage of the user's charisma (and allure) and has a 99%-10% chance to work (95% at best, 20% at worst) and cause those affected to have decreased judgment. All those shows where the guy does something dumb for a girl? This is a perfectly good explanation for that. If it fails, there's an 80-20 chance they can't attack the Dancer, and there's a chance of them becoming smitten (99-5% for men, for women it depends on their orientation if you know what I mean....)

95% of Dancers are female, so this is essentially a question of how men can protect themselves from magical manipulation. Magical manipulation that derives its power from men's natural attraction to women! So, How Would Men Protect Themselves From Bewitchment?

Isolating men and women isn't an option either; in medieval times, women were often expected to help their husbands in their work. Since Bewitchment can potentially get Dancers out of any place they're imprisoned in, and society wouldn't want to give up the valuable buffs Dancers can give, they can't be killed or imprisoned either. So the solution will most likely be magical.

Finally, I have two other Classes who might be able to help; Enforcers, which administer justice (AKA make things fair); the problem is that their powers are derived from the law, either laws of morality (right or wrong) or the laws of the government and since you can break laws... Paladins derive their powers from their virtue, being able to manipulate light itself. It's possible that the Paladins could use their spiritual influence to give men better self-control, leaving them still vulnerable but able to choose whether or not they end up bewitched. However, since this enchantment is derived from virtue, lust will drive it away. In other words, it's useless for those who can't control their emotions.

Thank you, I really appreciate it!

Aside from the non-answer of "it's magic problem, make magic to solve it", (D&D bards, for instance, can disrupt this sort of thing...) there are some totally normal things this mostly-male subpopulation can do.

There are also the common issues with Charm spells in Table-top rpgs- like what does "aid" mean? How far does "aid" go and is it the aid the charmer is expecting? This can vary from "take a bullet for me" to "give me a compliment"- that's all "aid". This is also why some re-writes of D&D rules of these not-full-mind-control spells/abilities sometime affect a creature's disposition to the charmer or attempt to establish limits.

First you could balance the power out by giving it a male counterpart or just making it available to both genders. Although it may not be in line with gender stereotypes, I see no reason why a male dancer or similar class would not be able to enthrall a woman.

Then there is how you determine your success range. A 20-95% chance to succeed may be your range, but depending on how your your system works, it would not be hard to make it so most targets in most circumstances are closer to the 20% making it only useful against people are predisposed to being manipulated by the opposite gender, or make it scale by level such that a 95% chance to succeed would require a top-tier legendary status dancer.

Another option would be to add a buddy system mechanic so that people who succeed resisting the power can still talk their friends down from being manipulated.

Lastly, since you said that dancers are a class, you can simply withhold this power until you reach a level that it becomes appropriately potent compared to other classes. A dancer can do more than just betwitch people, they are natural athletes; so, they may have many lower level abilities that are all about being able to run, jump, climb, balance, etc. with supernatural grace, plus they may have a lower level alurment power that requires them to interact with a target 1-on-1. Assuming your 500 levels scale similar in potency to most other RPGs, I would introduce this ability somewhere between level 200-300 and make it scale up or have more potent versions in the higher levels.

So generally speaking, common men do not need to worry about protecting themselves from dancers because so few women are good enough at it to be a real problem, and any men high level enough to be facing off against such a distinguished dancer already have equally potent abilities of their own so that they are still quite capable, even if they have to fight blind. A high level Mage vs high level Dancer: close your eyes and fill the room with fire balls. High level Warrior vs high level Dancer: close your eyes walk around throwing random wide arching strikes. etc.

Ah, girls, always making fools of us, such as tricking men into believing women are women.

If the men in your fantasy world are so afraid of catching the cooties, they can take a page from ultra orthodox men in our own real world and take the bird box challenge. You see, looking at scantly clad women (defined as: you can see anything other than their face (YMMV)) is sinful. In order to not sin, some young men will as far as wearing blindfolds where women may appear. 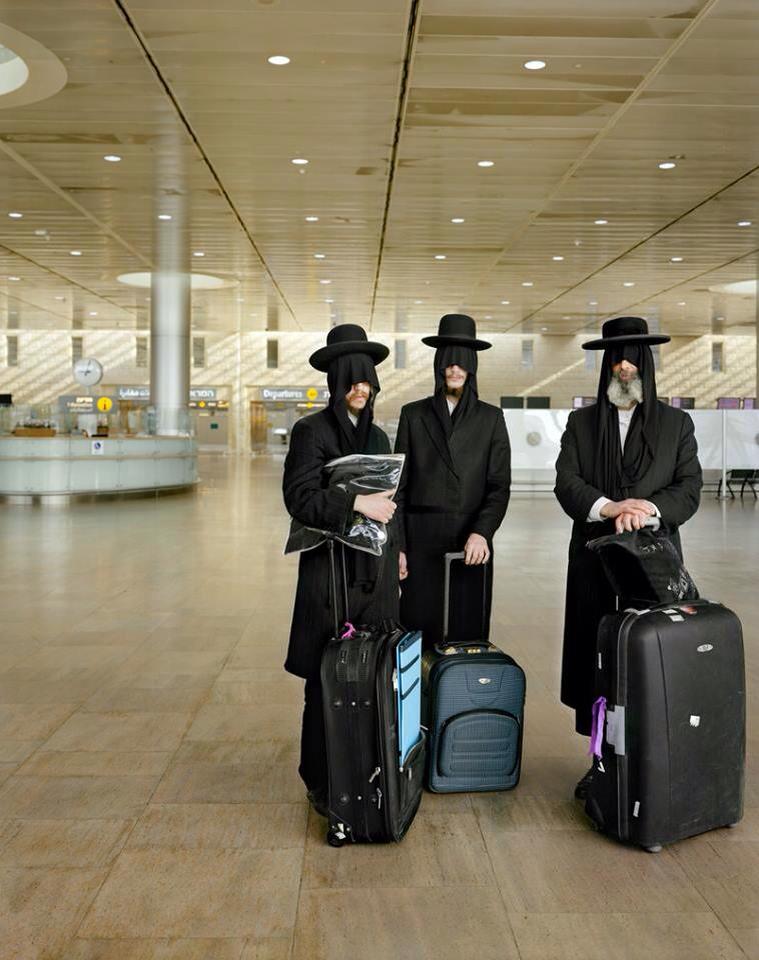 In order to not get lost amidst the sinful, tradition demands they be guided by an elder. The elder might be resistant to women's charms because, well, faith and old age. 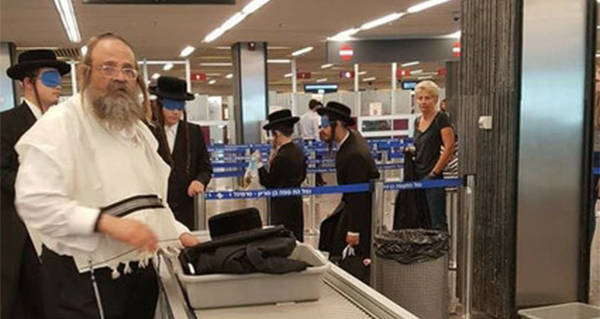 The only way a woman would seduce these guys with dance would be through a lap dance, but the guys may be trained to resist that.

167
Anatomically Correct Strange Women In Ponds Distributing Swords
4
How Can Lamia Survive In Alendyias?
4
Impact Of Mythos Maidens
2
What Role Would Adventurers Have In A Modified Medieval Society?
3
Preventing a Runaway Societal Effect
3
Repatriating Shadow Dancers