How do merpeople track time undersea?

Suppose in the early stage of the merpeople civilization, languages are at its infancy and they have just started agriculture. We all know that calender and clock are very important for early farmers to effectively manage their crops and lands as well as for economy. My question is since all early merpeople are sea dwellers whom never seen land except on rare occasions due to powerful storm they find themselves washed ashore, how can they keep track of time and also do the changing shift between day and night affects them? Their civilization is equivalent to our post stone age and they grow seaweeds along with other hydroponic vegetables. (please split your answer for shallow and deep water)

If they're farming plants, plants need the sun. If they can see the sun, they can tell time just like us.

The day/night cycle will be most important to them because of predators that might attack them in the dark. They won't see the same degree of temperature swings that we do.

An alternative method would be to use tidal cycles as a timekeeping method. This has the added advantage of making it easier for them to track tides, which could be important if they fish or if they need to track nutrients caught in a tide.

The deep ocean has basically no changes in temperature across the seasons. It's already nearly freezing, and when water freezes it goes up, out of the deep sea.

In the pelagic zone. They can see the sun and count the days just like land dwelling farmers. The seasons (like the day and night cycle) will bring a change in temperature, but not as harshly as on land.

In shallow water you could track the movements of the sun/moon/stars much like early farmers did.

In deeper waters they may resort to looking at things like animal migration patterns to keep track of seasons. 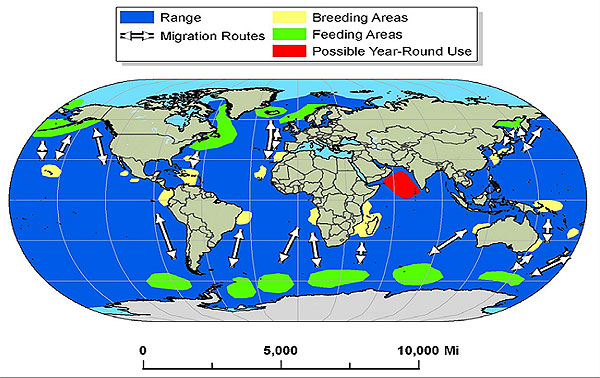 There are cyclical changes of temperature in some oceans, but they are very irregular:

Migration of sea animals. Each whale species migrates at different seasons to different locations, turtles lay eggs on certain beaches at certain dates or migrate to breeding groups. They travel in groups, which makes them even more noticeable.

With some species migrating at different dates, you should be to able to track seasons accurately.

I realise this is a very old question but I thought I would add my 2 cents worth.

You also have to remember that for the longest time, humans didn't have a constant method of telling the time. We could measure a passage of time, but sometimes didn't know what the actual time of day was. eg you can measure how fast a candle burns and how many candles had been used but that didn't necessarily tell you it was 2.30pm. We used mechanical clocks that we wound up to a particular feature of the day eg High noon (which would be measured each day). We worked off masterclocks. So you would have your pocket watches wound up based on the time of the great grandfather clocks. This inturn was kept in time with 'greenwich' time etc. The measurement of time is all subjective.

Telling Time in the oceans...

Visible light only reaches about 100m into the ocean, 200m maximum. So if your merfolk are farming seaweeds, and other hydroponics, I assume they are in a shallow coastal sea areas. So your normal day/night time cycles would definitely affect your merfolk.

Sea life have seasonal migration patterns as the other older answers already mentioned, but they also have daily migration patterns based on the time of day. Phytoplankton and plankton rise and fall in the near surface oceans in a regular pattern to take advantage of the light/darkness and avoid predators. Some rise during the day others during the night. You could measure your passage of time by the depth and concentrations of these little critters. eg you could say it was waxing/waning 25% concentration for a unit of water. Obviously storms and wave action affect this process to some extent so you would be measuring the average pattern. (I've just seen that the answer by apaul34208 actually did mention this, in one line...Diel vertical migration)

Deep waters are a bit harder as they are move uniform. Deeper waters are also fairly barren. No plant life (needing light to photosynthesis) can survive. The deep oceans are actually considered Deserts!

The deeper the water, the more pressure. Maybe you could use the amount of time it takes water pressure at known depths to crush an object. You would need an almanac to know the rates for different depths or just a really well versed old-merperson to tell you the difference.

Because of the increased pressure and the fact the salty water is denser it sinks. You could use the rate of a known concentration of salt water to sink a certain distance as a time measurement (as a side note, surface sea water actually only freezes at -2degrees celsius because of the salinity - the deeper one goes, the higher the salinity combined with higher pressures, result in a lower temperature required to freeze. This is why the deep oceans do not freeze solid!). For this you could use known upwelling/downwelling currents and measure how long it takes the current to move a certain object a certain distance up/down.

You could use the location of ocean currents and temperatures to mark the passage of seasonal time. The 'waxing' and 'waning' of these currents strengths could be the seasonal transitions. This would also influence the seasonal migration of sea life as previously mentioned. But that is like saying, "watch out for the wildebeest migration, that means it's July!" I think you want something a little bit more specific than that.

You could use a sand clock. Not in the typical traditional sense but a combination of sand and water (inspired by turbidity currents). You could have a sediment-rich water enclosed in a glass or transparent membrane. Shake it up like a snowglobe, and then using the rate of the sediment settling out of the water as a measurement of time. As it would be a known amount of sediment in a known amount of water with a known water pressure you could make pretty accurate measurements of time. (I actually really like this idea, and may just use it myself!)

Your Merfolk could keep a particular species of animal with a short lifespan as 'time-pets'. The transition from one developmental stage to the next could allow the passage of time to be recorded. Eg you could say it was three butterflies (with an underwater animal of course) since your last clan meeting. Or 2 butterflies and a cocoon... they can find a measurement that works for them, especially since sea-animals have several distinct developmental stages in their lifecycles eg larvae, pupate, adult etc.

Just thinking of animals, you could get a slow moving animal like a seaslug or starfish and measure the time it takes to move a certain distance to a food source...ie you could have star-charts!

Not the answer you're looking for? Browse other questions tagged civilization time merfolk time-keeping .

20
How would rogue planet civilization track the passage of time?
25
On a planet without seasons, how would people track years?
0
How survivors should measure time on tidal locked planet?
42
How do you tell time on a world with 9-year days?
6
Only Three Books: Kickstarting grain production after civilization collapses
6
How would you make a universal measurement of time?
1
How Would Merpeople Riders Change Naval Warfare?
5
Would merpeople contract diseases from land?