Can an all-female species thrive to become divergent, despite their generic heritage from their mother?

In one of my stories, there's an alien species that are all female and are able to conceive through pathogenesis but I know this generically creates and an otherwise natural-born clone of the mother but I don't know if this method of reproduction will ultimately stagnate and pollute the gene pool or if there's a chance a natural beneficial mutation will cause necessary developments of diversity to carry on.

Of course, in the more recent days, the aliens have the technology to genetically combine DNA from two female parents but getting that far in their evolution timeline would need to be important.

The species are mammals, humanoid and like us, have evolved from their variation of apes, they have a highly advanced civilization developed to the point they're warp-capable (while humans are still in caves)

They also have unique super-power abilities that were a result of other alien interference early in their ancestors which adds more wonder to the chances of diversity and chanced of mutation in that regard as well; these 'gifts' are activated later down the line when they're older from genetic markers passed down from woman to child. I remain uncertain on if the markers change to give unique powers or if they'd inherit their mother's powers (this is more background information but necessary).

So, this brings me back to the question, is it likely that an all-female species would be able to thrive into advancement and vivid diversity of genetics and abilities or would they ultimately be bottle-necking themselves long before that?

Taking a step back to basic genetics of reproduction...

Mitosis is a cell dividing into 2 cells, each with dna that is a copy of the original. This maintains fidelity of the genome and is the main way somatic (non-gamete) cells reproduce themselves.

Meiosis is a special form of cell division which is only for generation of gametes (sperm and egg). During meiosis, the paired chromosomes shuffle, so the resulting cell is not genetically identical to parent cells. 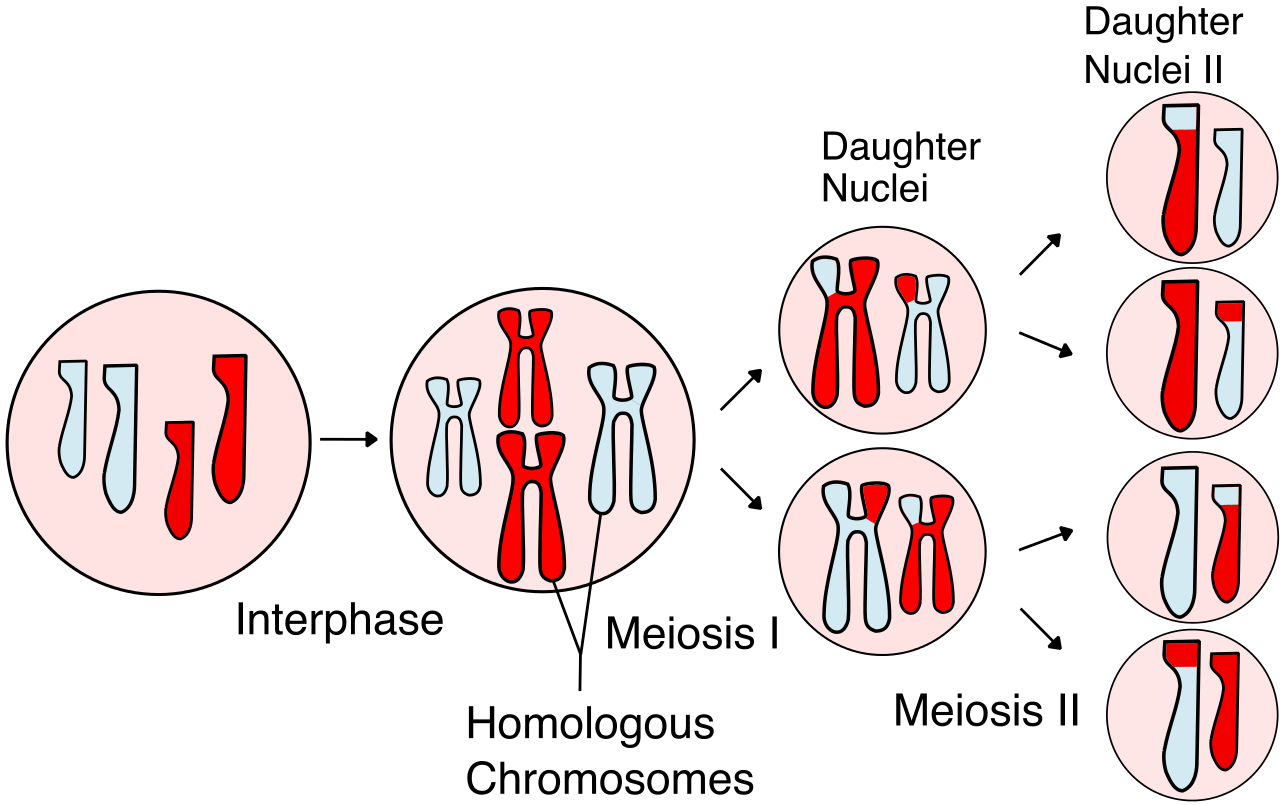 Evolution can happen in any scenario.

All-female species DO exist, mostly small lizards.https://www.scientificamerican.com/article/asexual-lizards/ In the short-term, they are MORE successful at exploiting good conditions because they can reproduce the species rapidly (all members can give birth when things are good). Many of these species are the result of interspecies hybridization and start out with a lot of genetic diversity. They have a partial compensation for lack of sexual reproduction by undergoing an odd variation on chromosome recombination. How long ago did the species lose males and/or become obligate asexual? I think this could be stable for less-than-evolutionary timeframes. If this change happened, say, 10-15,000 years ago, and there were no radical shifts in the climate, then I don't see why you couldn't go from primitive society to advanced enough to compensate with genetic engineering. A decent number of starting individuals would help, as would cultural rules that promote diversity. Add some luck and even a moderately favorable addition of genetic diversity from whatever handwavium mechanism you're proposing, and this it totally possible.

You could take a page from the videogame series Mass Effect.

There is an all female (Asari) that requires sexual contact to reproduce, but with a twist - the biological father of the resulting child can be anyone from any sentient species, male, female or any other sex. That's because there is no genetic input from the father.

Asari are all natural telepaths, and the Asari that wishes to get pregnant takes the mind of her sexual partner as an input which randomizes and imprints on half of the genes of the resulting child. So rather than a perfect clone, she actually gets a kid that has half of her genes, and the other half is a matrix heavily influenced by whomever she had sex with.

Don't try to analyze this top deeply with biology. This is the same kind of writing that is the staple of superhero comics. But just because it's scientific nonsense does not mean it is bad - I particularly find it awesome and I love the series due to this form of world building. Do take a page from it if you find it interesting.

"Stagnate" is a loaded term. There are species, like sharks and cockroaches, that lived long before the dinosaurs and are still going strong. This is not a sign of weakness. On the other hand, many other species have died out. Reshuffling the genes has meant that their descendants survive for some of them.

Mutation would still occur, but recessive genes -- as opposed to dominant or co-dominant -- would need another, paired mutation or some epigenetic effects, to manifest. Epigenetics is a relatively new branch, but they have found that the grandchildren of Dutch children who were in utero during the Hunger Plan (the Nazi plan to starve the rest of Europe rather than Germany) have different expression of genes that their cousins.

So you have a relatively stable race. Much depends on what they can do culturally and with their superpowers to adapt to changing conditions instead of requiring genetic selection.

I note that they are probably especially vulnerable to infectious disease because the bacteria can adapt to living on all of them in general. Perhaps they do not have herd animals? Many human diseases that cause epidemics are from the habit of raising herd animals.

Depends on how much phenotype is dependent on DNA methylation, which modifies genetic expression for a personal touch, while not changing the underlying gene sequence.

If you can pass methylations down, we have methyltic heritage instead of genetic, and that can be naturally selected...

Genetic variability can be attained through horizontal transmission. RNA viruses do this all the time and have even been used as tools in genetic manipulation. It is conceivable that a population could evolve through parthenogenesis and subsequent 'infection' of the zygote/embryo by an acquired retrovirus. It is even conceivable that the 'infection' could be fostered through a 'mating ritual' that would occur after conception (no pun intended).

Just to give you some idea, the reproductive mechanism in your alien world can be so different then our biological reproductive mechanism in our planet that there will be actually no gender in the species. What comes to my mind is that an alien that has both sperms and eggs in its body. When they reproduce with their partner they exchange their sperms, and both gets pregnant by using its partners sperm on their eggs. You don't actually have to have two gender in your planet in this case and no need to worry about genetic variations.

Not the answer you're looking for? Browse other questions tagged reality-check science-fiction aliens genetics reproduction .

5
If all humans switched from sex to cloning, how long would the species survive?
2
What's to stop shapeshifting humans from changing their appearance all the time?
3
How can species pass on their genes to the next generation quantum mechanically at a distance?
1
If parents can choose the sex of their children, will the species go extinct?
118
How does a species who cannot distinguish left from right build their cities?
9
How can a long lived species that reproduces slowly prevent themselves from going extinct?
4
Can a possible humanoid species capable of changing their sex in a crisis be the dominant species of an entire planet like us?
13
Can humanity survive if all people are born females and later become males?
5
How would a species descended from dipterans become eusocial?