Metal set of teeth and fingernails at a medieval time

I was wondering if it possible to have a set of teeth made of metal (i didn't chose any metal in particular, it could be silver, gold, what ever), and if so, does it have to remove every tooth and make use of a manufactured denture, can it be done with classic forge metalsmithing, is there severe injuries involved in the process, could it be painful in everyday life ?

And i have the same question regarding fingernails, i was picturing it in my mind kind of what it looks like in the Red Hiding Hood movie (Father Solomon's fingers), a quite bit longer, but more deadly as Wolverine's claws can be.

In my fantasy world, there is some healing magic if necessary, it's "just" sped-up rejuvenation process (e.g it can't put back a missing arm).

Dentures are very very old. The Etruscans started making dentures around 700BC. Below is a picture of a replica from the Science Museum. You could easily make your dentures from any metal you have in your world. 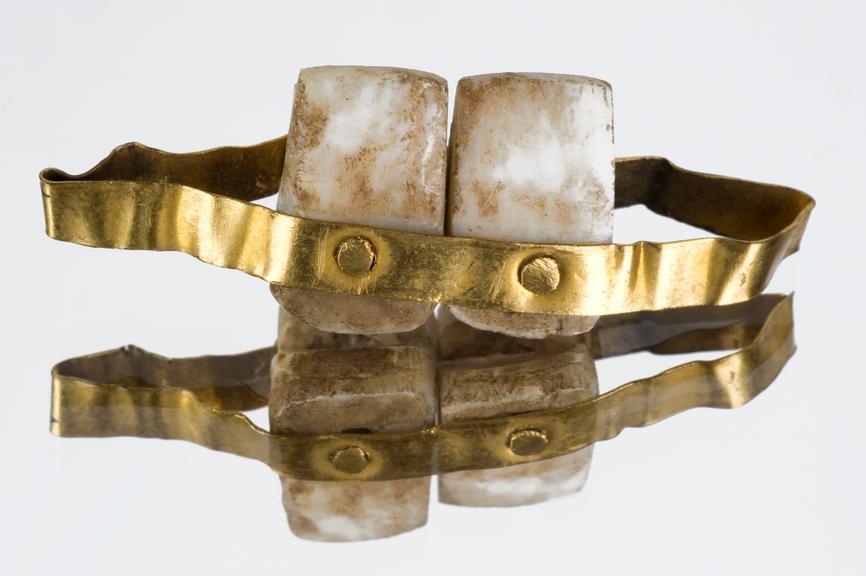 As for fingernails, I suggest you check out Wikipedia's list of premodern hand weapons. You might consider an adaptation of the bagh nakh, pictured below. 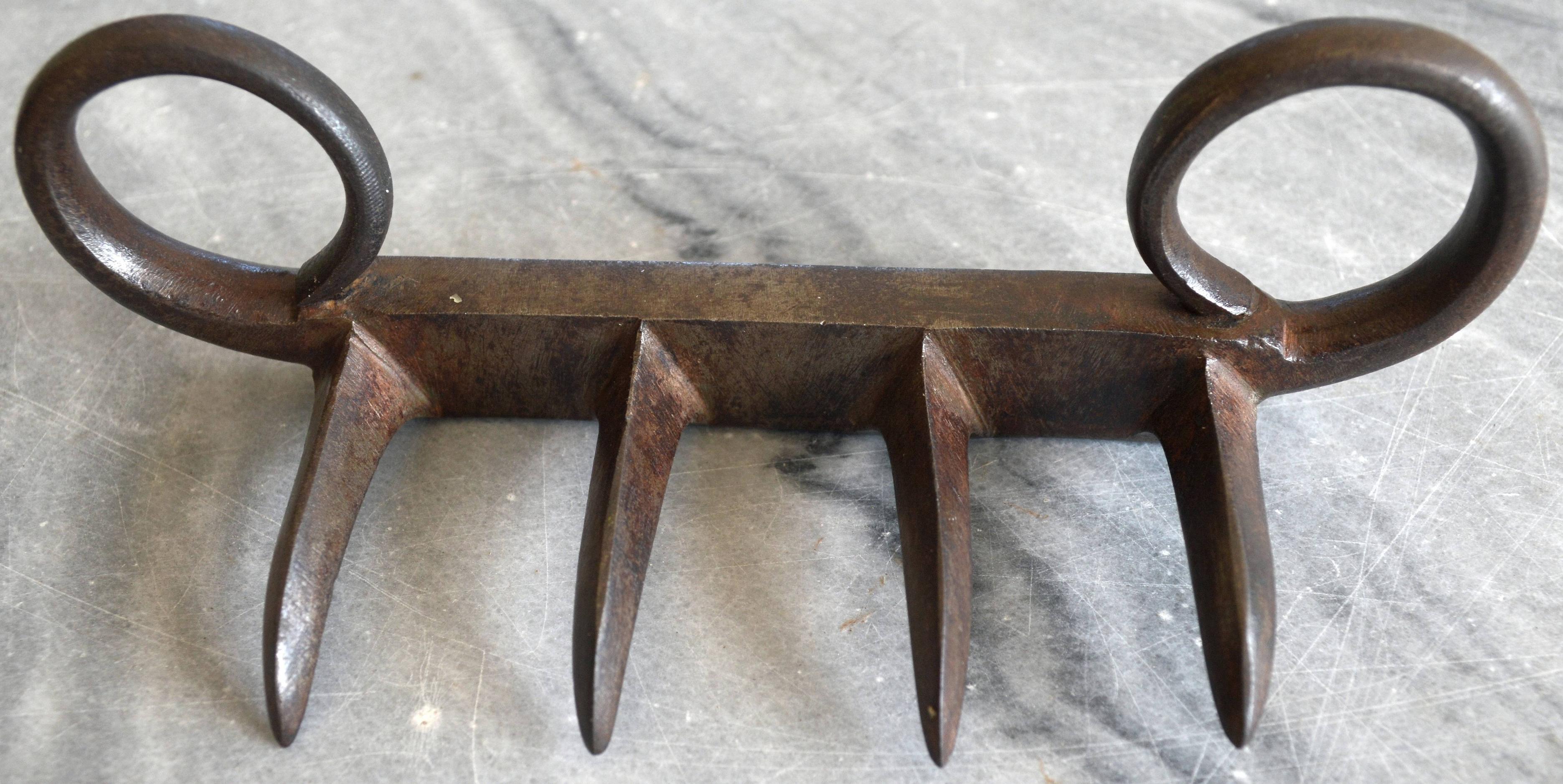 The fingernail portion of this question piked my interest. Sure you could attach a blade to the finger that would look something like this 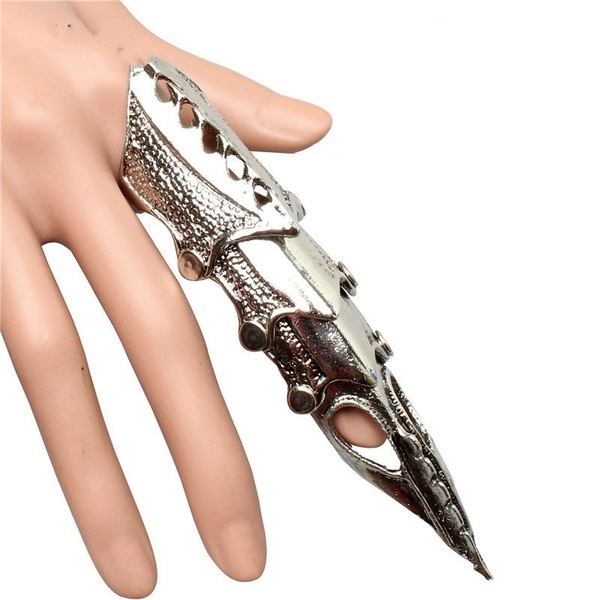 But could you really surgically replace a nail with a metal blade? As far as my googling can tell as this hasn’t been done before, which makes sense.

It’d be very impractical. Not cutting yourself or others during daily tasks, like cleaning yourself, intimacy, and scratching would require a lot of practice. On top of that I just don’t think it’d be a very good weapon.

The length required to really do any damage would be easy to break and further complicate the above problems. On top of that you’d have to get very close to the opponent, which is opens yourself up to injury. This becomes almost impossible against an opponent with a sword and shield. A sword or a dagger would be more useful in every way.

But still is it possible to do this? I’ve done a little bit of research and as far as I’m able to tell this isn’t a super common procedure as nails grow back but I did find this study on prothetic fingernails .

So it does seem that this is difficult even in the modern day. I’m not sure how someone would be able to create a suitably metal nail replacement, much less how to attach it before modern surgical procedures. Perhaps it could be attached like normal false nails, the nail could be shaved down and then the metal nail could be attached using a similar glue. Still though, I believe the techniques and materials are A pretty modern development and even in the modern day acrylic nails usually don’t last longer than a few months.

The abstract then goes on to describe a modern technique that seems to work better, but due to my lack of education in the medical field I don’t really understand exactly what that technique looks like, maybe someone with a better understanding can parse this because it could be interesting if the procedure could be done in the medieval time period.

So i think replacing nails with a metal material would be almost impossible in the medieval era, and even if it could be done I don’t think it’d be very practical aside from the aesthetic of it. Removal-able claws or brass knuckles would do the job way better

Not the answer you're looking for? Browse other questions tagged medieval medicine body-modification forging or ask your own question.

14
How would I keep a set of Medieval technology?
34
Could a modern times time traveler produce an antibiotic in medieval times?
6
How long can a human reasonably remain unconscious and alive - given medieval technology
12
How much could basic sanitation and disease prevention combat illness in medieval and renaissance era?
103
If I went back in time, how could I handle being among the Black Death and survive?
10
Cryogenic grenades in medieval time
4
How often did trading/traveling ships set sail between port cities in Medieval times?
5
Medieval Windmills and Milling
2
How would medieval knights capture the anti-metal dragon?