How could an armless race establish civilization?

A race of humanoids with only legs, prehensile feet and a mouth equipped with two rows of teeth made of magnetite, which they can magnetise using their natural electricity generation. How could such a race achieve establishing civilization to somewhere in our own point of progression and technological advancement? I'm imagining they invent some sort of assistant robots or cranes for them to operate, perhaps cybernetics.

Your question includes the answer: they have prehensile feet. As long as their body plan allows for balancing on one foot and manipulating objects with the other, or sitting and using both feet as we'd use hands, there are few barriers to their ascent to a technological civilization.

Carrying objects in their mouths will have to suffice until bags and specialized harnesses are invented (necessary for their equivalent of the Agricultural Revolution). Ranged weapons will depend on the nature of their leg joints.

Instead of thinking of these aliens as having 2 legs and no arms, consider that you are really describing a race with 2 arms and 2 legs, but not at the same time. As their ability to manipulate things with their feet increases, their ability to run, jump, etc will decrease. This will force an evolutionary reliance on technology to not get eaten.

As their stone aged ancestors become too slow to outrun predators, they would learn to fight defensively using thrown or fired weapons. Fighting wars would be much less appealing to them at first because advancing to range to attack makes you vulnerable; so, I'd expect them to be somewhat more peaceful than humans. Even as their ability to move and fight at the same time starts to happen through technology, there would still be that strong evolutionary fear of being the aggressor in a conflict.

Animal husbandry will become paramount to their early civilization. A "horse" can run while the warrior on top fights, or a "horse" can pull a cart or plow while the rider coordinates its actions. By the bronze age, you'll see them doing a lot of the same things we did at that time in history, but only through a stronger relationship with their domesticated animals.

Their ability to become expert craftsmen should not be impaired since most crafts are done from a stationary position to begin with; so, blacksmithing, carpentry, masonry, ceramics, etc will all still happen for them.

Once a reliable system of roads is established, wheelchairs may take over as the primary means of locomotion for people who are just moving about town.

As they move into the modern age, they will have no issues controlling automobiles, or electronic devices. In fact, the closer they get to modern, the less their lack of specialized appendages will effect them as most jobs become sedentary anyway. Eventually, they may become reliant on robotics for locomotion as you suggest, but at that point, it becomes more of a luxury (like owning a segway) since most of them just don't need to spend a lot of time walking by the time you reach an info age level society.

In Albert Montey's "Universe!" series, there is an armless alien race that was able to stablish a simbiotic relationship with a kind of snake-like parasite to manipulate objects. 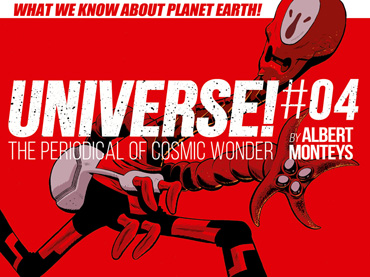 It's a short story, so it doesn't have a lot of details of the "why's", but it shows in quite a lot of interaction between the simbiont and the character.

Frame Challenge: This species will not develop a civilization akin to that of humans without something spectacular happening.

I'm imagining they invent some sort of assistant robots or cranes for them to operate, perhaps cybernetics.

Great! You have an end goal. The problem is: How did you get there? (And I suppose that's what you're asking here.) The species you describe has no effective/efficient means by which to manipulate its environment. Sure, magnetite is a ferrous material and, thus, subject to magnetism. Certainly a magnetic field can manipulate ferrous materials, but that comes at a cost.

Magnetic fields can be dangerous to the brain, possibly leading to apathy or death. Neither of these will promote the development of a species that generates a magnetic field inside its own head. Another side effect of a magnetic field is that it can alter a subject's perception of morality; this is not conducive to the creation of a cohesive society.

Sure, magnetic fields can be used to manipulate objects, but there's a number of problems here as well.

In short, your species is going to self-destruct long before it starts thinking about developing a meaningful civilization.

Here's an example, from Second Dawn by Arthur C. Clarke

Highly intelligent, telepathic, unicorn-like aliens without hands who have developed advanced maths and philosophy but lack any technology. They form a partnership with another monkey-like species that has hands but limited intelligence.

I'll point out that there are quite a number of humans who are born without arms, or their arms were amputated, and learned to use their feet as hands to varying degrees.

There are a lot of examples of this, so I'll let you Google/Bing/YouTube that yourself.

Granted, these people have the advantage of 4 limb-ed people to learn from, and maybe these other people have experience training people to use their feet, but this simply shortens the initial learning curve of the civilization or individual.

As other answers point out, a hand is just another limb that happens to be convenient for bipedal animals to carry and manipulate things with. Someone mentioned apes, which is extremely on point here. I've seen a Facebook video of a chimp walking while carrying a bunch of oranges piled up in it's arms, as well as a couple grasped with it's feet.

There's nothing but convention to prevent feet from being used as manipulators.

A "crazy" individual might even consider adding cybernetic/robotic/mechanical limbs to make thing easier, such as Dr. Otto Octavius (Doc Ock) from the Spiderman comics. This civilization may simply invent automated production facilities sooner than humans have. It might be hard to build the first robot assembler, but you can program it to build the 2nd one.

Something simpler would be a piece of clothing with pockets to make carrying easier.

Not the answer you're looking for? Browse other questions tagged technological-development civilization .