How could an ancient civilization build a bicycle?

Would an ancient civilization be able to build a bicycle if they thought it up somehow? It doesn't have to be a modern bike with handbrakes and multiple gears and shock absorbers. It could be one gear and just pedal backwards to brake.

As a concrete example, could the Ancient Romans have done this? Pretty sure they had gears but not sure about the chain sprocket. EDIT: apparently a chain is not strictly necessary since you could just attach pedals directly to one of the wheels.

There is also a question of exactly what metal or alloy to use so that the frame is strong enough. Could wood also work?

What would it take for ancient peoples to conceive of the idea? They had the wheel and gear, but where would the idea of "pedal power" come from?

It's a shame it wasn't invented sooner. All those Roman roads were already built.

Wheels - I envisage two wooden wheels, padded by cork if you like (plentiful), which might be more comfortable than wood-padded by metal (also possible), but the cork will wear.

Chain - Perhaps rope instead of the chain. Or a chain, why not?

Body - This can be wood or metal, very easily.

Seats - There were chairs and cushions long before this, so have fun with it.

Gears - You have already covered this.

Others - for my enjoyment, please add a basket or storage of some sort. Hey, I live in Portland!

In fact, it could look very similar to this much more modern dandy-horse. 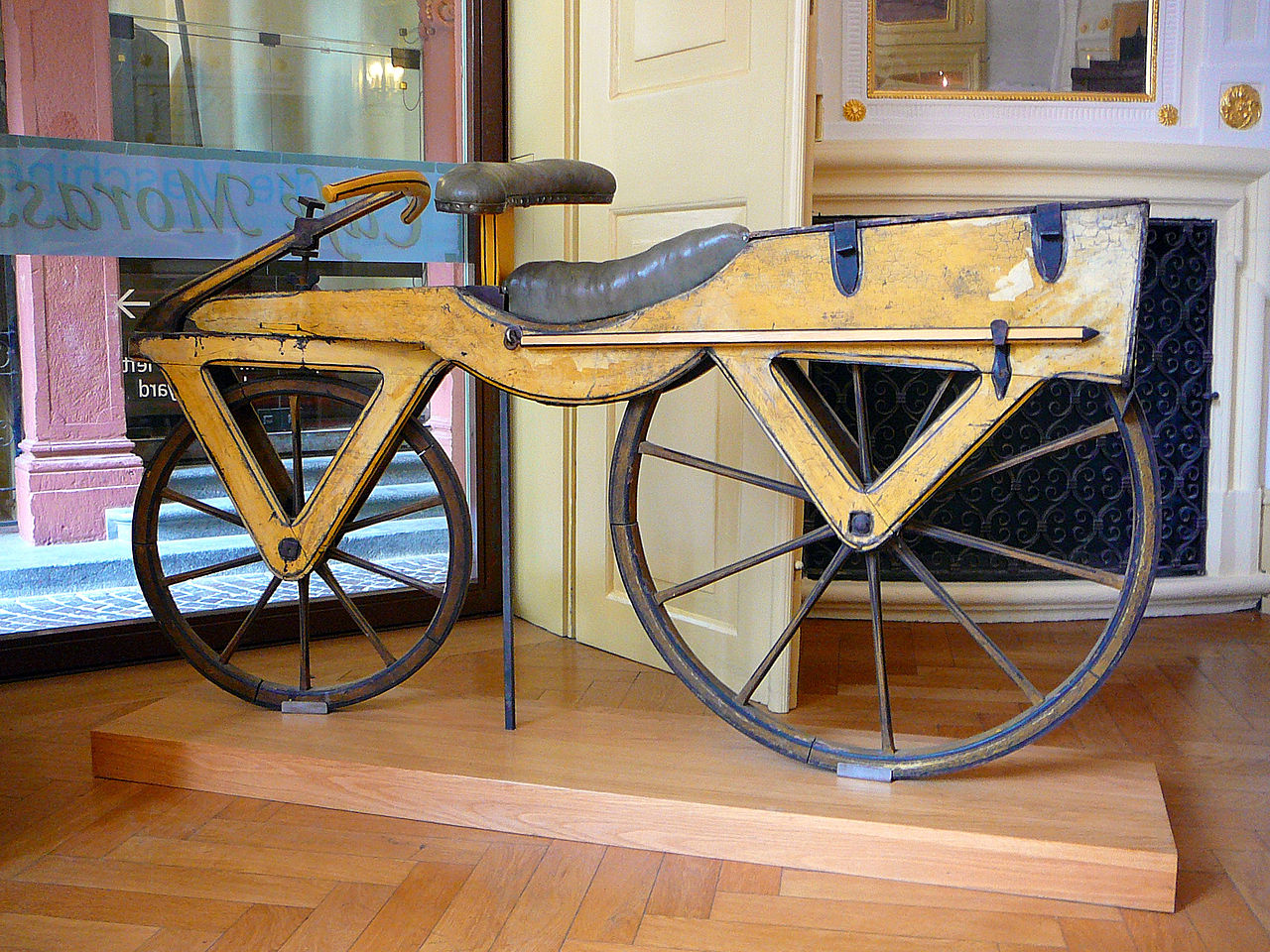 Romans could have built a bicycle. Maybe somebody even did, but nobody wanted it. The Romans would have been unable to build pneumatic tires or ball bearings. Also they lacked the technology for building large stamped metal parts. And mass production in general. (Some things they did got close.) So the bike would have been heavy, uncomfortable, slow, and expensive.

Given that rich Romans had access to horses and slaves to carry or pull them, it really would have made no sense to use a bicycle even if they got one. And before industrialization cheap transport for urban masses did not really make sense. People worked at or near their homes and shopped mostly within short range.

So the real limiting factor is having some need for them. And then having technology good enough to fill that need. Not the basic invention and building of a bicycle.

Although the earliest description of a bicycle like device is allegedly from Leonardo da Vinci in the late 1400's, the first bicycle like devices were popularised in the early 1800's after the "year without summer" killed a significant number of horses. (Don't forget that 1815 also marked the end of the Napoleonic wars and the end of the War of 1812, so horses were already in short supply).

This suggests that the key to developing mechanical transport would be a combination of factors, including the actual availability of roads, a population which was familiar with tools and some mechanical devices and a lack of animal or muscle powered transport due to some external factor like a massive volcanic eruption creating global cooling and massive crop failures.

Even then, people would also have had to have an actual need to get around. Most people never left their village or town unless they were either living by the coast or a navigable river, or had wanderlust or joined/were impressed by the local army. Most of the stuff you needed for day to day living was a short walk away.

An ancient army like the Roman Legions would have a much better chance of developing a bicycle like device under these circumstances, since they were well stocked with engineers and technical staffs, had access to roads and a need to get around quickly. Romans could and did make lots of mechanical devices, including things we would recognize as clockwork, war engines driven by tension or torsion to fling arrows and catapult stones and portable boats and bridges. By the first century AD simple heat engines were built as toys or automatic door openers at temples, so all that is really needed is a Hero of Alexandria to put his mind to transportation and it is conceivable that a device like the Draisine might have been invented. Couriers lacking horses would have been an obvious first use for these Draisines, and the practice would have spread from there (literally, as people would watch amazed as a courier sped past them at running speed without obviously expending running amounts of energy). 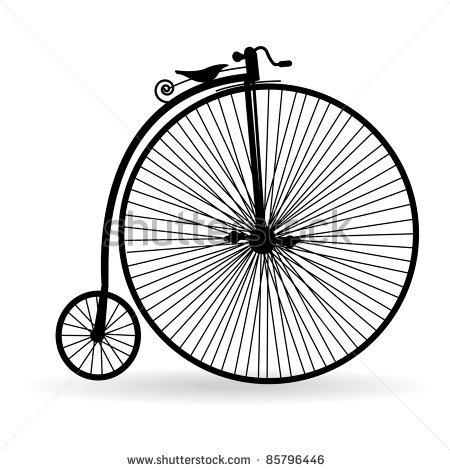 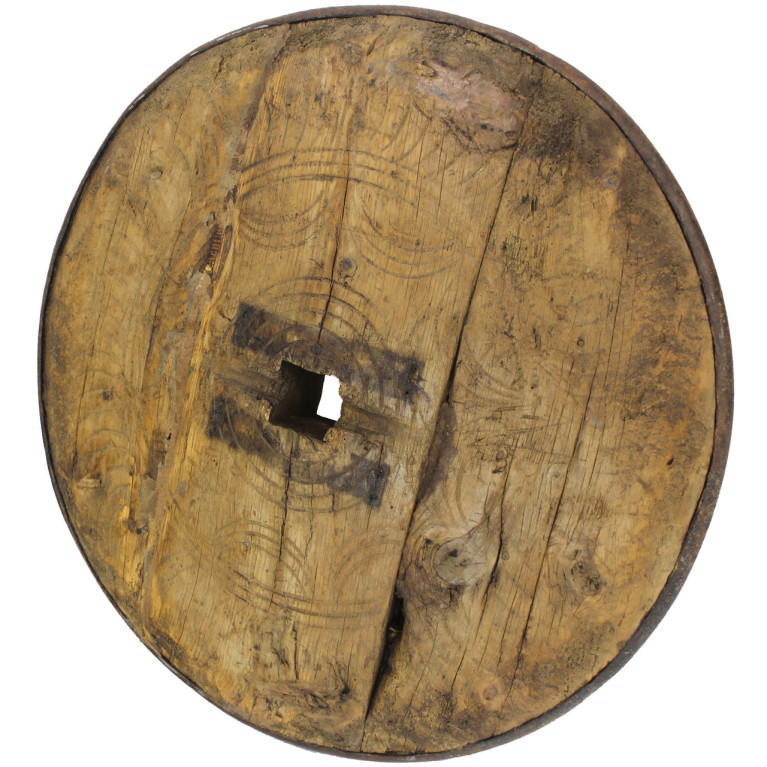 Romans' could make a bicycle. But looking at the evolution of bicycles, first prototypes were harder to use. They were dangerous and required a lot of energy to ride ( more than current bicycles).

And I don't think bearings existed during Roman empire. Which would drastically increase the resistance of the wheels.

So I don't think that it's not that Roman's couldn't make bicycles, just that they were not practical during the period.(Like some designs' of Leonardo da vinci's) 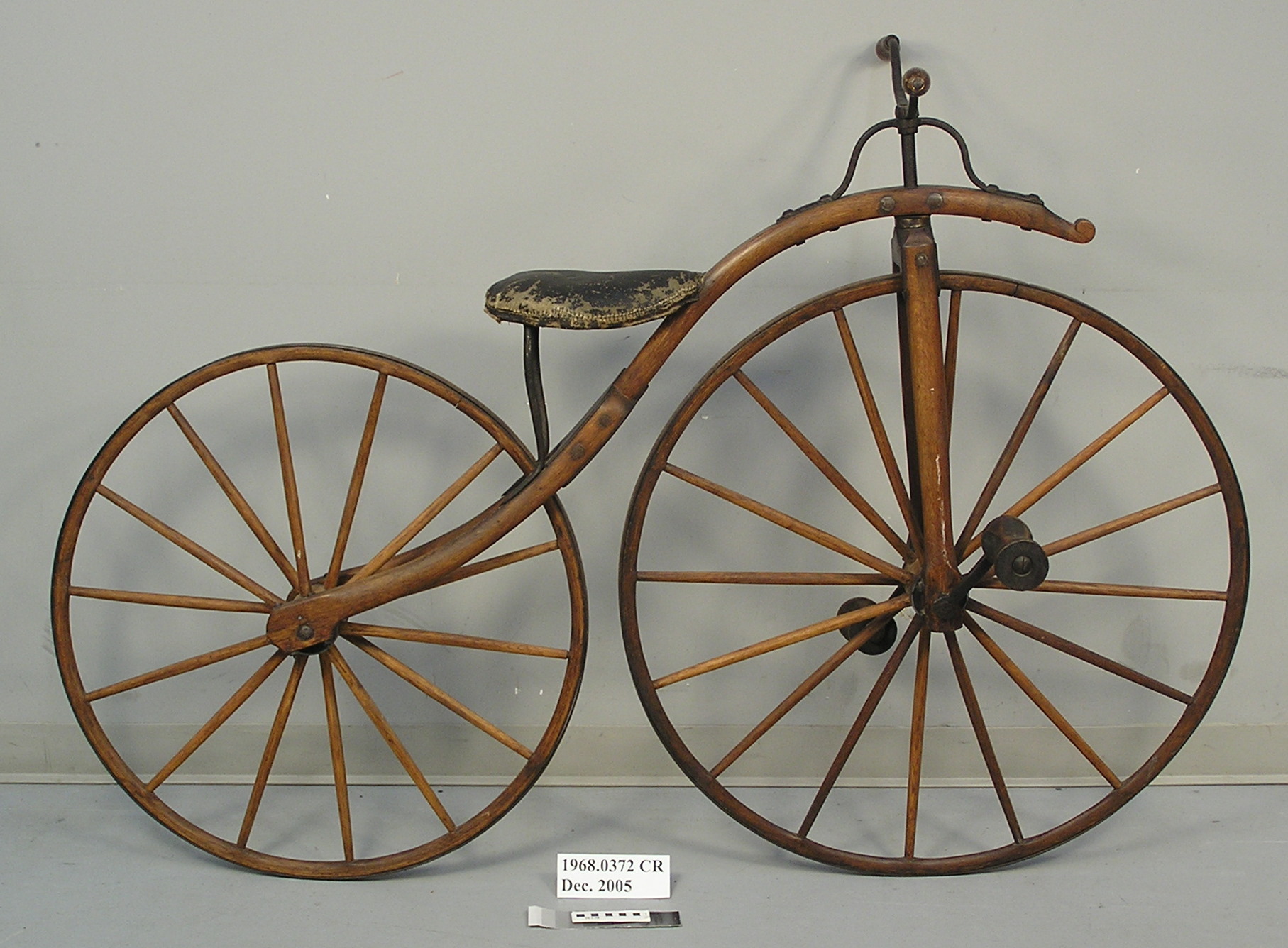 Yes! The wooden Velocipede with an iron foot crank on the front wheel would have been easy. No need for ball bearings though archaeological evidence hints they had that too. All it would have taken was will. The average Roman light carriage (cisium) traveled about 6 miles per hour according to Cicero which was considered fast. A bicycle has to go that fast just to stay stable. Steady speeds up to 15-25 miles per hour are easy for a conditioned man. Roads could have been made more comfortable by a covering of concrete (opus caementicium)which was available. Roman generals would have loved them not for battle but to move troops fast without exhausting them. The race to get a faster, more comfortable ride would have driven technology right up to the automobile and airplane which both sprang from the bicycle industry.

Wheels and carriages already existed. Albeit most Romans had these things available to them, a slave owner thought that driving a carriage with a horse around is tedious, and wouldn't it be good if he could send his slaves around on something smaller? So he drew up the idea of the bicycle and went to the city manager for funding, only to get laughed out of city hall, because "running around on two wheels will never catch on."

Not the answer you're looking for? Browse other questions tagged technology technological-development civilization .

12
How fast could a civilization advance if given access to information from future?
37
What methods might an ancient civilization use to desalinate sea water?
12
How can my ancient Roman civilization develop effective steam power for use in ships?
1
How Might an Ancient/Classical-Type Civilization Rapidly Discover Advanced Technology?
2
How long could an progressive civilization theoretically go without getting to a modern age?
1
How do I build an ancient moisture vaporator?
9
How could an armless race establish civilization?