What tweaks could be made to a society of intelligent hypercarnivores to allow them to compete with agrarian societies?

The latter aren't actually descended from wolves, but a wolf-like social plains carnivore. Think carnivorous wolf-baboons. They're every bit as intelligent as humans, and have retained opposable thumbs from their ancient arboreal ancestry allowing for advanced tool use.

In order to answer the question, we'll take snapshots of 3 time periods in technological development. The first is pre-historic hunter-gatherer stone-age (or early pottery-age, which should definitely be a separate time period as far as I'm concerned). The second is classical antiquity (so established agriculture for humans allowing a sizeable population, but iron-age technology). The third is early-industrial (pike-and-shot era).

The principle difference between humans and our wolf-baboon people is that the latter evolved as hypercarnivores (>70% of diet consists of meat).

My research so far has led me here, here, and here.

What I've learnt from this is that societies of hypercarnivores would likely be massively outclassed by us as soon as we discover agriculture, allowing us to sustain a (relatively) stable, sizeable population and overwhelm them with a tide of numerous unhealthy mooks. Reason being that dependency on meat is less efficient at supporting a large population than agriculture, and more prone to population crashes as game reserves are depleted.

It's also suggested that the early sizeable populations of an intelligent hypercarnivore would likely develop around coastal fishing communities as the sea is both a larger and more stable source of protein than land. The likely early spread of hypercarnivore populations will be sizeable coastal settlements and interior pastoralists (most likely similar to steppe-nomads or plains native americans). The pastoralists will probably pretty quickly domesticate prey-species and develop animal husbandry.

So, the question would be, what tweaks would we need to make to our hypercarnivores (either biologically or socio-culturally) to allow them to compete with regular humans in each of the three time-periods mentioned earlier?

The first thing I was thinking is that our intelligent wolf-baboons will need to secure a source of protein that keeps their livestock alive. Eggs might be a great source, as could bloodletting. I'd also expect adult milk tolerance might be a significant enough advantage to allow it to spread throughout the population.

The second thing I was thinking is that hypercarnivore doesn't necessarily mean obligate carnivore. By definition, up to 30% of their diet can be plant-based, allowing for limited agriculture. My prior research into hypercarnivore plant-eating has shown two things:

This means that potentially our hypercarnivore species may yet develop limited agriculture, and potentially gravitate towards more of a mesocarnivorous diet in their own version of the agricultural revolution.

So, do you think these tweaks would be sufficient to allow our hypercarnivores to compete with humanity, and which additional tweaks might be made that allow them to do so better?

Any questions, or if it's too broad, please let me know!

Better idea: The carnivores evolved in the humid North and the omnivores the temperate South. The north is known for airborne Malaria. The carnivores all carry the disease but are adapted to be immune. Not only does this make the area inhospitable to the southerners -- it also means any martial conflict will have consequences far beyond the battlefield. Technologically the North is less developed than the South. But your omnivores' best option is just to leave the other side alone.

There can still be some interaction along the border as the story requires. Carnivores that spend long enough near the south will stop being carriers once the mosquitoes that live on them die off. Likewise you can have some characters evolve a resistance (sickle cell anemia) that allows them to travel further north. Just invent a new airborne illness with whatever properties you need! Or maybe the resistence comes from interbreeding?

The medical technology to overcome diseases like this was invented after the shot-and-pike-era so this should give a suitable barrier.

If you want the North to occasionally invade the South you need to occasionally give the North a bumper year. For some natural reason food is especially plentiful that year. Mothers always have large litters, but that year all seven survived into adulthood. A few years later food supplies run out and the bolstered population has nowhere to go except on a hunger-driven invasion of the South.

The real problem is how can a nomadic race compete with a settled race.

Meat farming is less efficient than grain farming. Your carnivorous species is free to grow grain to feed their livestock but will ultimately require more land per head. This leads to smaller societies or to nomadic herding societies. In either case they will always be behind their omnivorous cousins in terms of technological development.

There should be no problem until the modern era. Consider Ancient Rome had a population of about 1 million at peak. At that time the default was small settlements. Even in the gun and shot era there will be huge swathes of the planet unsuitable to farming and your carnivores are free to drive their herds through these.

They can't exactly compete but maybe they can coexist.

Instead of trying to give the carnivores some advantage let's remove the omnivores' advantage. What if we just make grain farming less efficient?

Maybe the planet has no equivalents to wheat/rice/corn. Every food crop is slightly poisonous. It won't kill you but it'll give you diarrhea and make a bread-based diet impossible. Settled communities grow feed for their livestock and fruit/vegetables which are less efficient than grain. On the whole this is not more efficient than farming for an all-meat diet. So you get the two types of settlement existing side-by-side.

Note: This gives both sides a handicap to developing up to the industrial stage. So that's another problem to consider.

Maybe there is a much more efficient meat-source? For example insects. Insects require less food over their lifetime to produce the same amount of protein. This is largely due to their small size. You would get something similar farming mice rather than cattle.

Bonus Points: The area is prone to locust swarms which destroy the omnivores' farms but provide a free source of food for the carnivores! 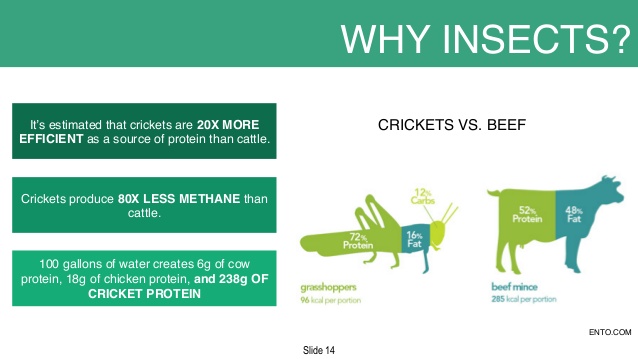 Humans make war upon open another and groups compete strongly. The main competition for humans is other humans.

Groups of hypercarnivores do not compete with each other at all. They are pack hunters and over their evolution, the ability to come together in smaller or larger ad hoc packs was strongly selected. The ability to make a large pack on short notice meant the ability to capitalize on food sources on short notice. Within a pack there is a hierarchy which is established (via pheromones and body language) within a minute or two of packs coming together.

The other way pastoralists compete with agrarian societies is by utilizing grazing habitats unsuitable for agriculture - for example the central asian steppes, in the case of nomadic human pastoralists.

The wolf people could breed faster than humans with the trade off of having a shorter life expectancy. Humans produce a single child at a time while the wolves produce four or five in small litters. While the human population would have a much higher cap due to the superiority of agriculture over hunting, the wolves would be able to bounce back from major population loss much quicker than the humans could. It also means that while their population density is lower, they are able to propagate and spread across a much wider territory faster than humans can.

Wolves have fur. It might not seem like much, but fur is what allows other mammals to thrive in the wilderness without need for housing. Humans are extremely vulnerable to the elements, where as the wolf people would be able to survive fairly comfortably in the wilderness even during winter. No need for buildings means their entire society is mobile, which makes hunting them down much more difficult.

Humans have incredible stamina, but we sacrifice sprinting speed for it. The wolves, while not as fast as real life wolves due to sacrificing speed for bipedalism and tool use, could well be faster sprinters than humans. This would potentially make them better at hit and run tactics, rushing in to wound enemies before quickly escaping into the woods faster than humans can keep up.

Wolves could also have superior tracking senses. Better smell, stronger eyes, and better hearing. All things they'd need as a hunting species, and all of which provides a strong logistical advantage when maneuvering troops.

If the wolves are nocturnal they gain a significant advantage over their human adversaries at night without losing much during the day. Humans deal with nocturnal predators by shutting our doors at night, but a nocturnal predator that can open doors or windows becomes much more dangerous.

All these traits lend the wolves well toward a specific type of society.

The main thing holding the wolves back is the inefficiency of their food production, but there is one significant food source available that grows it's own crops and has a tendency to all congregate in single areas that can be spotted from miles away. Humans.

Humans make a fine food source for the wolves. So do the humans' cattle and other livestock, and it's extremely difficult to defend farming communities from a dedicated band of fast moving, nocturnal predators that can plan as well as a human can. Furthermore, it would take significant effort to hunt down the small nomadic tribes through thick forests in an attempt to find bandits that don't necessarily need to set up camp.

Humans will develop technology faster, but the wolves can steal it. Wolves shouldn't have an issue stealing more advanced gear and figuring out how it works, as well as how to make their own.

The human population will find it hard to expand into new territories because wolves are already present there before the humans can set up their infrastructure. The human population has a harder time growing out of control because they have intelligent natural predators keeping them from expanding, and any battle that occurs that the humans don't win 5 to 1 will end in a long term advantage for the wolves because they rebound faster.

So long as the wolves avoid large scale, open field battles they should be able to survive by preying on the fringes of human society and making it all but impossible to expand deeply into their own territory with constant raiding.

This lifestyle can be further enhanced with good ships and/or horses to improve mobility even further.

Not the answer you're looking for? Browse other questions tagged science-based biology society creature-design interspecies-relations .

18
What would a society of humanoid carnivores be like?
16
In obligate carnivores, can I have animal husbandry (livestock-keeping) without farming ever developing?

4
Combat training for a multi-species society
4
Cephalopods Inherit the World
4
Human interactions with a sentient biological species it developed?
6
Alternate paths to orthostasis
10
Is a short lived race realistic?
6
How can these aliens evolve sapience without cooking?