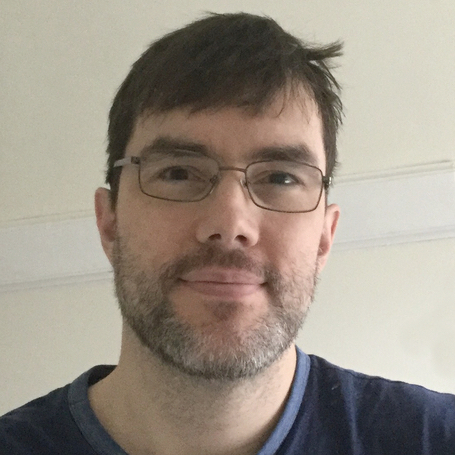 NOTE: Due to popular demand, here is an explanation of how I make my animated GIFs:

How I Make My Animated GIFs

I use LICEcap with Max FPS set to 24:

Now, without further ado, on to me!

Hi! I'm new to Blender but have been doing computer graphics since I was 13 or so. In fact, I remember when I got the first demo release of Adobe's first graphics program that was to become Photoshop. It came on a 5¼ inch floppy, ie before there even were 3.5 inch floppies, and I just laughed at how basic and lack-luster it was compared to Splash (which was the higher-end graphics software out at the time.) In Splash, they already had begun using brushes with soft edges, which was a HUGE leap forward for graphics software at the time -- no other software I could find had that feature. There also was no such thing as any kind of selection tool other than rectangle, although they might have had ovals. Anyway, I tried Adobe's program and it was so simplistic I thought, "Wow, Adobe -- what kind of name is that?? Sticks and mud! Kinda appropriate for such a rudimentary program." Little did I know what was to come! Now I can't even find any trace of Splash on the internet at all! The wheel of Fate turns and turns...

I also remember when I first started hearing about this new kind of graphics format called "vectors". The makers of the graphic novel "Iron Man: Crash" were some of the first to use vectors in comics, and vector-based software was being developed as they were making the novel.

I had one job for a year overseeing a team of programmers to transition from an outdated PDP mainframe to a Microsoft Access database for a small university's Registrar office. It was very successful there, and so 5 related universities in India wanted it for their registrars, so I took it over there, modified it for them and trained them to use it.

These days, I am just taking my time doing things I enjoy when I can find them and currently, I'm really enjoying adding Blender to my graphics suite -- I'm very impressed with it!

All Questions Answers
Votes Newest
37 How expressive is a color-based language? Dec 29 '16
35 Archeological evidence of nuclear warfare Jan 8 '17
26 Why are there no toilets on the starship 'Exciting Undertaking'? Dec 6 '16
24 How would people living in eternal day learn that stars exist? Dec 20 '16
23 What crime would be illegal to uncover in medieval Europe? Nov 7 '16
18 Dragon script/writing system — how would it work? Dec 16 '16
16 What kind of land transportation can be used for plowing through hordes of zombies? Sep 9 '16
15 How do you power a cyborg? Dec 18 '16
15 Creature design: Is beauty exclusive to humanoid things? Dec 12 '16
13 Could a microorganism possess intelligence? Dec 6 '16
View all questions and answers →