A planet with a diurnal cycle on only one hemisphere?

I need a habitable body with 64-hour days and nights... but only on one hemisphere. The other side is perpetually dark.

Is such a thing possible? I'm picturing a tidally-locked moon orbiting a gas giant.

The sun has to face somewhere

If the sun is not facing the light side on the planet, and it isn't facing the tidally locked dark side, then where is it facing? You would need an alternative explanation for why the sun went dark every 64 hours.

So neither way gets you what you want.

You could have an opaque ring inclined to the planet's orbital plane in such a way that it casts a perpetual shadow over the Southern hemisphere (or more like, the Southern 1/4 of the planet). 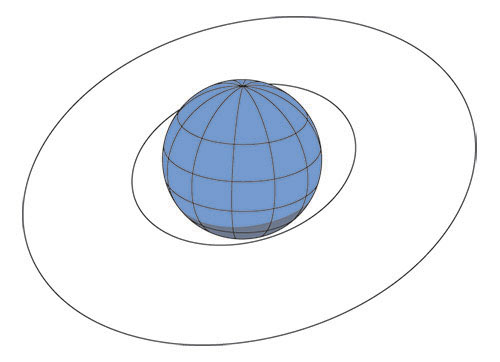 I'm assuming here that the planet has no axial tilt (no seasons); however, the ring does have an axial tilt, which raises a problem. Once the planet has moved halfway around the sun, the picture above becomes this:

That is, the permanent shadow flips from the South in "winter" to the North in "summer". In between, the shadow becomes a line, with the rest of the planet experiencing normal day and night.

To fix this, you would need to have the ring's axis precess exactly once per year, so that it is always between the sun and the Southern hemisphere as in the first picture. For reference, the Earth's axis precesses every 26,000 years, and I don't know enough to say what the implications are of having the ring's axis precess so quickly. It would in any case be quite a coincidence for the period to be exactly the same as one year.

It's also questionable whether a rocky planet could have (and keep) rings, and whether the rings could be in an inclined orbit. But if you are willing to ignore or hand-wave those questions, then this gives you an Earth-like planet with a permanent dark side.

The moon would need to be so close to the giant that the giant took up the whole sky (from the perspective of people on the moon). Otherwise the (more distant) giant and sun could share space in the sky and it would be day on the side facing the giant.

Then the problem is the speed of the orbit. If you are a moon that close, you have to be moving very fast to keep from falling into your planet. Metis is the innermost moon of Jupiter and the fastest moving, completing a circuit of Jupiter in just under 7 hours.http://solarviews.com/eng/metis.htm

But you want 64 hour days and nights which to me seems pretty slow for something so close. I suppose you could make your gas giant extremely large - a super Jupiter; this linked one is 17 times the size of Jupiter which might be enough.

ADDENDUM kingdelion in the comments was right. The sun will shine on the dark side - it would probably just appear a little bit above the horizon but it would be day. I made a picture. 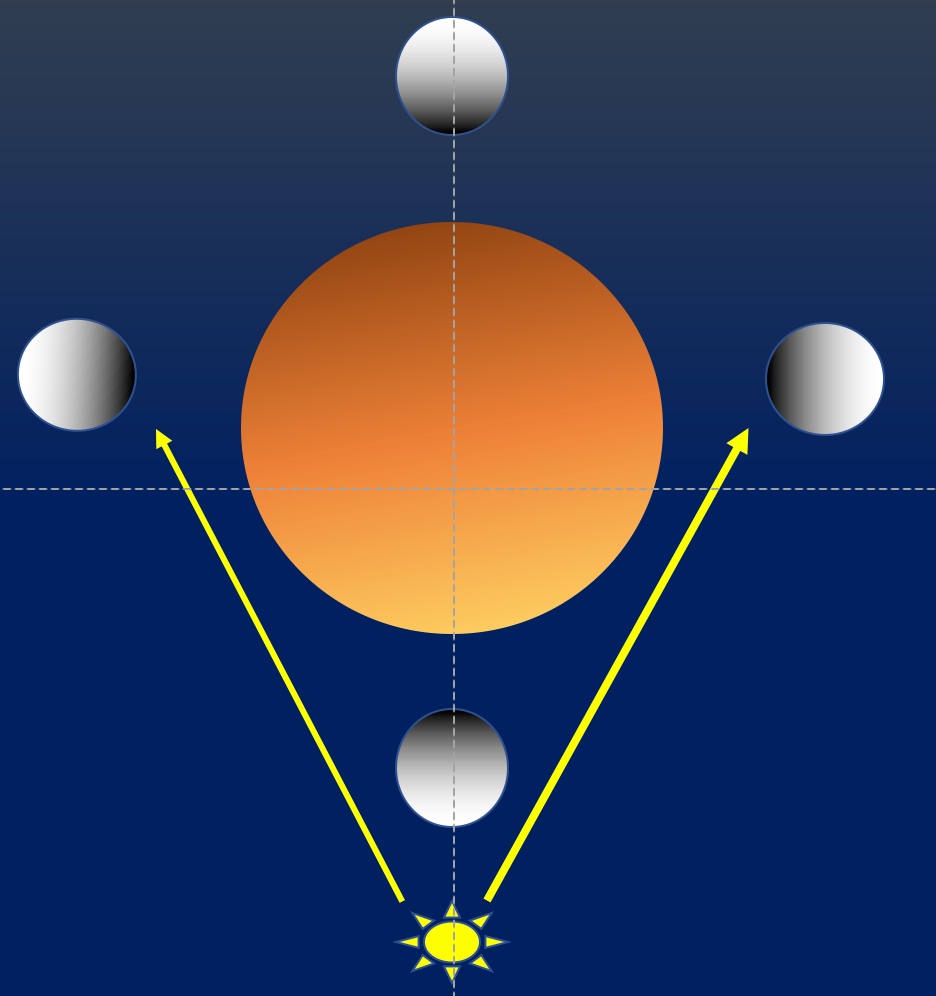 But his observation that a moon this close would fall apart into a ring gave me an idea. Metis is in a ring. What if this one were too? The ring could provide shade from the lateral lighting and keep the dark side dark. 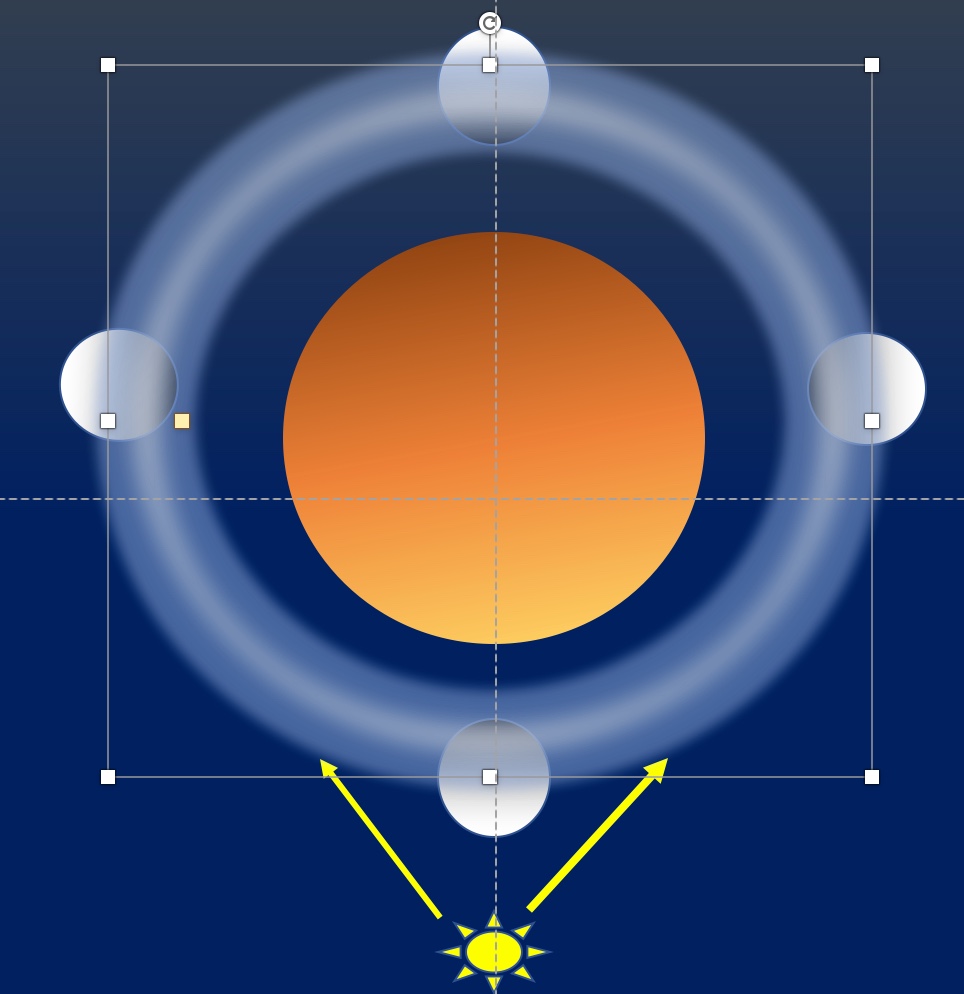 How to have life on a moon in a ring, and not have it walloped by meteorites? Io is close to Jupiter and has a huge magnetic field. If the ring were made of conductive materials (e.g. dirty ice), the magnetic current would induce a countering magnetic field and tend to bounce or deflect ring materials.

It occurs to me that the "dark" gas giant-facing side of the moon would not be that dark, even though there is no direct sunlight. The planet filling the entire sky would provide a lot of reflected light.

Go the other way around. The planet is orbited by its own moon. Something less massive than the planet, yet wide enough to black out the sun. Perhaps an immense solar power collector left behind by an ancient civilization. Alternatively, a partial Dyson sphere may block out the star and reveal it again, taking 128 days to complete a revolution. In either case, the planet is tidally locked.

As a side note, you will likely want a thick atmosphere to shift heat to the dark side of the planet. Expect massive storms and winds along the light/dark perimeter. Hot air will spread to the dark side at higher elevation, while cold air will blow along the surface towards the lighter hemisphere.

Or try a binary planet with one side always facing inwards towards the other planet. The binary planets are tidally locked to each other, each with a lit side that faces the sun half the time. The other side faces a daily eclipse. The downside here is that both sides of the planet will get day light for at least part of the day, though limited.

A final solution stretches reality a bit, but suppose one half of a planet is covered in billions of smoke emitting factories, shrouding that half of the planet in darkness, while the inhabitants have intentionally kept the air on the other side clear. The smoke settles naturally after a sort amount of time, so much of it doesn't spill over to the clear side. This planet rotates like earth, the bright side is just the only one to see the star.

Not the answer you're looking for? Browse other questions tagged planets astronomy orbital-mechanics or ask your own question.

36
Habitable moon of a gas giant: working out the sizes and distances
4
Planetary system with a solar eclipse every day - need help designing
2
Could a habitable tidally locked planet have a day and night cycle caused by the eccentricity of its orbit?
13
Can two moons orbit each other while orbiting a much larger planet?
9
Details needed for day cycle of lunar world orbiting a gas giant
4
How does the day/night cycle work on a non-tidally locked moon?
8
Is this planetary moon's calendar possible?
29
How could a planet have one hemisphere way warmer than the other without the planet being tidally locked?
6
What does a gas giant close to a red dwarf look like?
7
Giant planet renders one side of its moon deadly, the 'shadow side' habitable. How?