Could intelligent life live on the remains of an exploded planet?

If an Earthlike planet were fragmented into thousands of fragments (ranging in size from many small city sized rocks up to a dozens of small country sized rocks and a few Australia sized rocks) via a Deathstar type weapon, but those fragments remained in close proximity to their origin and continued to circle their star as a group, would it be possible for life to live on some of those fragments? How about complex intelligent life?

There are two phases that I see - surviving the planetary destruction, and long term survival.

Surviving planetary destruction I could see being difficult. There would be sudden acceleration forces during the split that would likely crush bones, and fragments would hit each other causing damage. Also, gravity would be towards the center of mass so individuals would likely not be able to maintain a presence on a fragment easily. Likely some plant life could survive? And of course cockroaches.

But afterwards, if anything survived, could livable conditions exist? That is to say, could the atmosphere be retained amongst the group of rocks if the mass and therefore gravity of the whole remained? Would there be a possibility of some fragments having habitable temperatures?

An Earthlike planet? Definitely not, because the forces, energies and any radiation involved in destroying a planet will emphatically annihilate any Earth-type lifeforms -- with the possible exception of bacteria. But bacteria aren't the most exciting survivors of planetary destruction.

In fact, any living organism that managed to survive their planet being blown up and was still alive would have to face the problem of being projected into space at high velocity. So even trying to relocate to fragments of their exploded planet could be beyond their capabilities. This point does neglect the simple difficulties involved in surviving the hard vacuum and high radiation environment of space itself. To say nothing of being pelted by errant fragments and particles of their former planet and moving at lethal velocities.

However, the sacred texts from the middle of the twentieth century do indicate there is a type of planet where its inhabitants and lifeforms might, possibly, survive planetary destruction. These are naturally the Kryptonlike planets especially those orbiting yellow suns.

While the previous paragraph may seem like an excursion into frivolity, its purpose was to reinforce how improbable it is for any lifeforms to survive planetary destruction.

Mea culpa! It was an excursion into frivolity, but the point remains the same.

Actually for the inhabitants of Earthlike planet to survive the ravages of a Deathstar-type weapon or similar engine of destruction, they would need to employ a combination of protective technology (eg, force-fields if we're talking pure science-fiction) and readily accessible space technology for sufficiently large proportion of their population. Considering they have relocated to the fragments of their planet, this suggests the space-faring vessels were only capable of attaining orbital velocities. This may not be too improbable for an advanced technological civilization living in a cosmos where planet-busting weapons are commonplace.

But survival without requisite technology seems highly improbable. Of course, except for bacteria which isn't very interesting.

The initial acceleration may not be terrible. Consider the initial break in billiards: some balls move very little, or not at all. It's all about how the momentum is distributed. 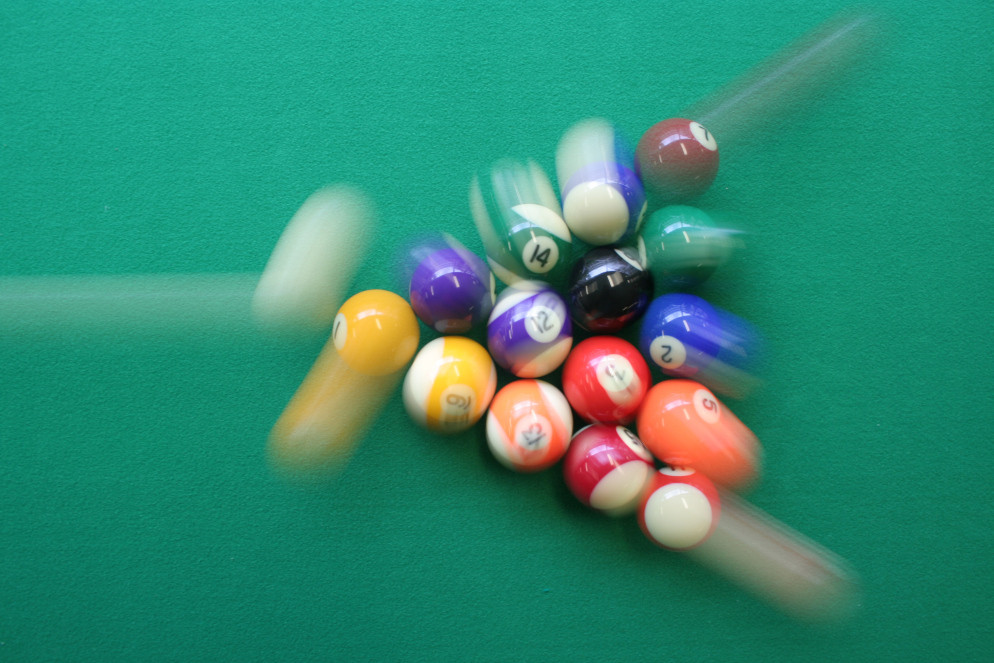 Assuming you are on a piece of debris with a survivable acceleration, let's say a quick impulse of less than 10G, the air will start getting thinner. Assuming a very slow speed of 10 m/s after the explosion, the air will become too thin to breathe in about 5 to 10 minutes. It may be poisoned more quickly than that by toxic gasses freed during the explosion. There will be a good wind as the air thins out. Temperature will also drop towards freezing rapidly. Water likes to stick to surfaces, so it won't be going anywhere yet.

There will be additional jets of magma and debris. Depending on the orientation and tumble of your fragment, the rock you are sitting on could shield you from much of that. 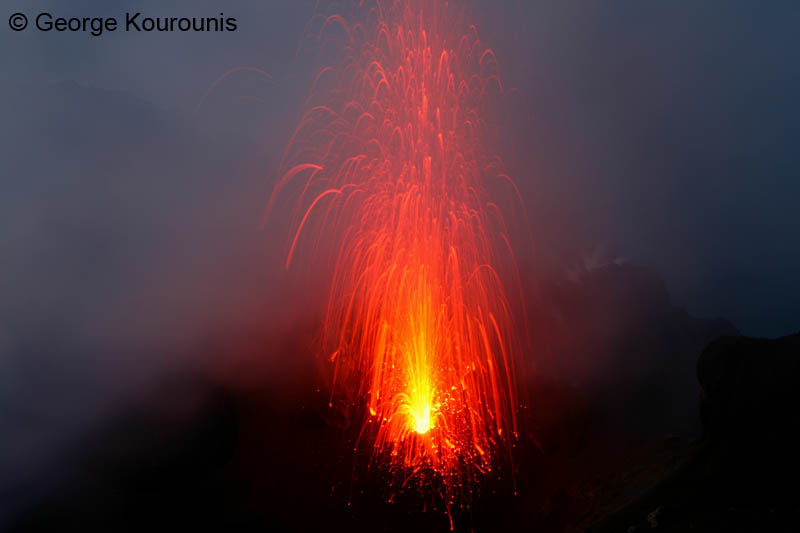 If you could get into a pressure-sealed bunker that wasn't ruptured in the explosion, you might be alright initially.

After the air thins out, the water will first freeze, and then begin to sublimate (boil off, converting directly from solid to mist). It might actually by pretty. 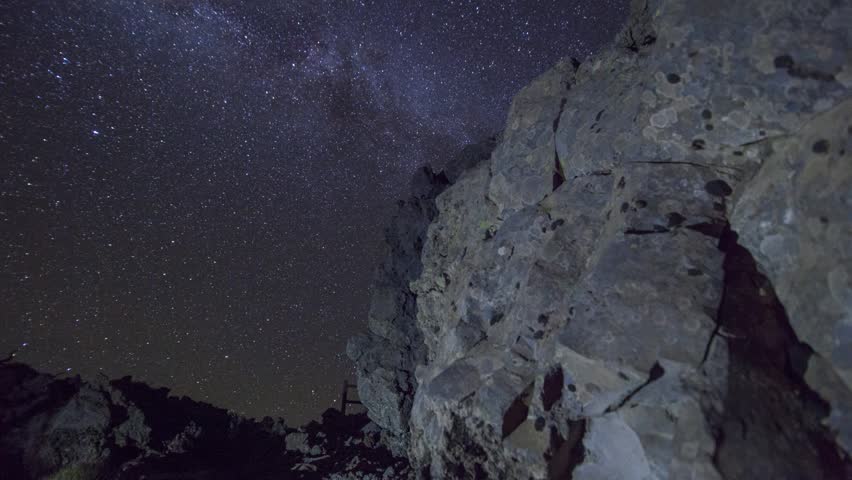 The lighter molecules of the atmosphere will get a pretty good throw. Much of the atmosphere might gain sufficient energy to permanently leave the planet behind. Which pieces amalgam back together, and when, would largely depend on how that energy was distributed. What's left would get a very good mixing of toxic stuff that's been trapped under rock and the lighter stuff we enjoy, and how thick it is would depend on your debris life raft's place in the new mix.

Longer term, the center of gravity has moved from the core to the deberis shell. If the large chunks of rock absorbed most of the energy and exited the atmosphere slowly, not churning it much, it's possible under very unlikely conditions that there is an ununiform breathable atmosphere on the inside of the debris cloud as well as heat and lighting from the sun (or leftover core heating - theres a lot of rock).

I do not see how life would survive the explosion, but depending on how spread the pieces are, a civilization could colonize the remains after they cool down. Problem is that if you take a planet like earth, and destroy it, none of the resulting pieces would be big enough to sustain an atmosphere and life.

You could have a very big initial planet (like near the maximum theoretical for a rocky planet) that gets destroyed but the civilization present there goes somewhere else in that star's system and they come back later, when the pieces get together. But it would be millions of years at least in between the event and the return and the parts would resemble a planet and its satellites. Theoretically you could have some binary planets resulting from the initial ones destruction and each may have a few moons, so you could have a complex system, but it would still not be just rocks moving around in an orbit.

Also to note that while binary planets are theoretically possible, from what I know there is no such system observed to date.

But you are talking about planet sized destructive capacities, so maybe the targeted civilization would also in turn have some planet powerful gravitational changing devices? If so, of course they would still not survive on the planet during the attack, but they might be able to speed up the planet reshaping process, if enough would survive on spaceships, colonies on other planets in the system etc. Gravitationally push the former planets mass together again, or lets say it is spread too much, but they can make pockets of matter compress and such create something like what i wrote before, a binary system with some moons. Bring water from asteroids, remake the atmosphere by taking from other planets in the system etc.

Not the answer you're looking for? Browse other questions tagged reality-check planets explosions .

8
What would the physical properties of this planetary system be?
4
Exoplanetary Review: Acid Rain
12
Horseshoe Orbits
36
How Would Civilisations on Different Planes of a Cube Planet Interact?
29
Consequences of an Earth-size object hitting the Sun?
6
What is the crust of a habitable planet with Io-like heat-pipe tectonics made of?
4
How to maximize the sand depth of a desert planet
6
How un-dense could a super-duper-Earth be if that super-duper Earth was bigger than Neptune?
4
What would happen on a binary planet if they captured a new moon into orbit?