Replicators have become a staple of science fiction. However, many stories treat them as magical, or with inconsistent abilities.

This is not a magical device that makes anything for nothing. When fed a source of certain atoms (it can't transmute atoms), it will rearrange them into whatever it is programmed to create, such as food, microprocessors or rocket fuel from nearby asteroids. It is not a nuclear reactor.

Your replicator is a programmable universal catalyst combined with a 3D printer. It can force any particular chemical reaction to occur over others and deposit the result of that chemical reaction in an arbitrary arrangement. However, it cannot violate conservation of energy.

So, how much energy is required to manufacture certain things? It depends on what you're making it from.

Enthalpy is a word in chemistry that means the difference in amount of energy stored by the chemical bonds in two groups of molecules. The amount of energy stored in a chemical bond is always negative, meaning energy was released when the bonds were made. When you burn something, that heat energy gets put into breaking some chemical bonds, which then allows the atoms to bond to other atoms in a way that releases more energy. This energy then makes more surrounding molecules hot enough to do the same, resulting in the substance getting hot enough to make nearby air glow (fire).

Things in general tend to want to release energy more than they want to gain it. This is why hot things start to glow when they get really hot (like metal or the sun) and why things tend to fall down instead of floating in the air.

In order to work out the difference in enthalpy, you must first find some chemical bond diagrams, like this one for methane:

Methane has four C–H bonds. O₂ has one O=O bond, CO₂ has two C=O bonds and H₂O has two O–H bonds. Now that you have these, look them up in a bond energy table to work out the amount of energy stored in these bonds (remember that this will be negative!):

Now that you have the energy per mol, you must work out how much of each molecule you need to make one mol of methane. This reaction tends to go one way (methane is burned) so I'll write it that way as according to convention.

Now, count the number of each atom on both sides. On the left we have one C, four H and two O. On the right we have one C (check!), two O (oh dear), two H (this isn't good) and another O (making three in total).

Now that you know how much of each molecule there is, you can calculate the enthalpy change. The methane and O₂ have a combined enthalpy of:

The CO₂ and H₂O have a combined enthalpy of:

Performing a quick sanity check: Less energy is used making the bonds in CO₂ and H₂O than it took to break the bonds in methane and O₂, so this seems about right.

This value is probably not very useful at the moment. What this means is that, for every 802 kJ you put into the replicator you can produce 1 mol of methane and 2 mol of oxygen. In order to work out how much this weighs, you must turn to the Periodic Table! 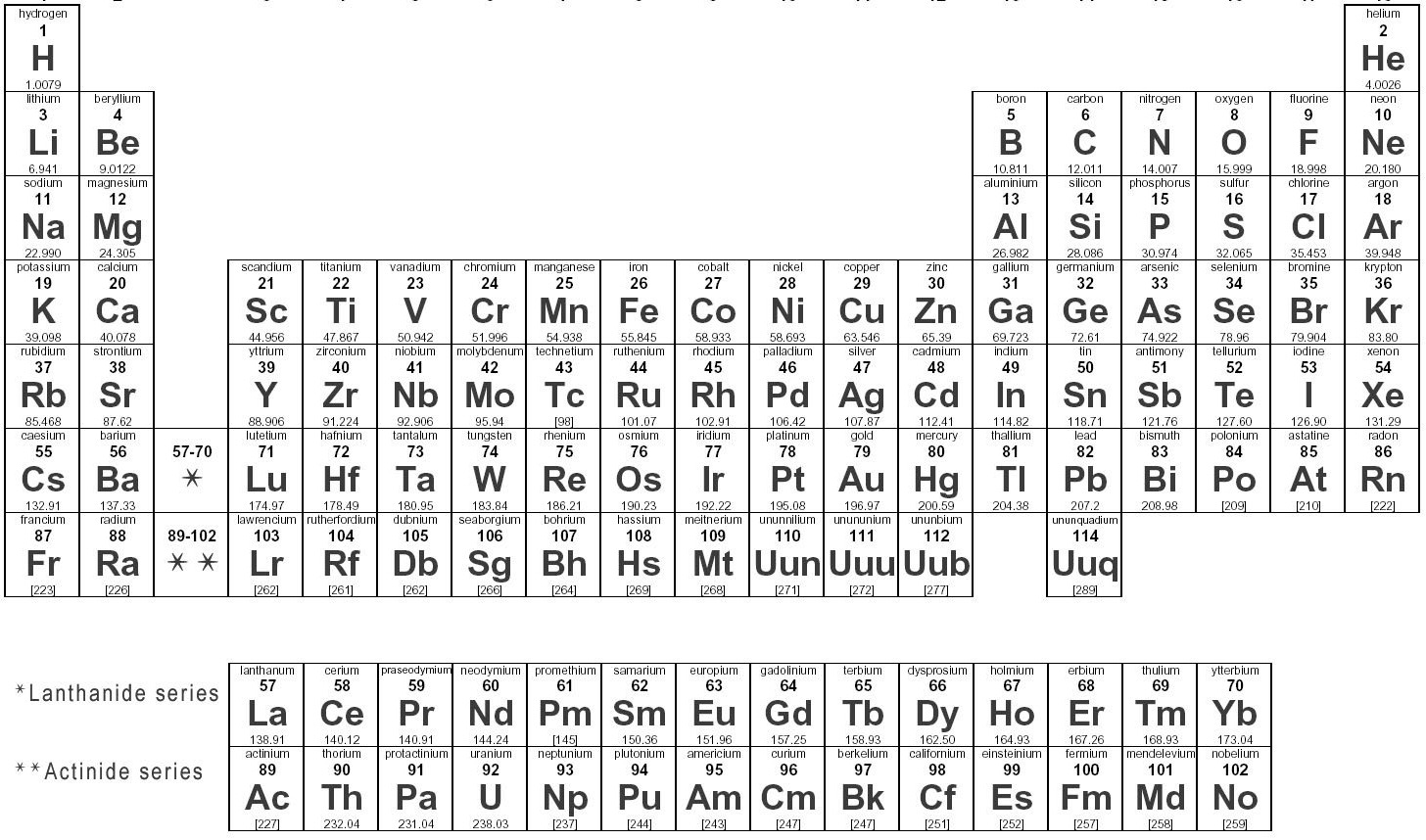 The molar mass of an atom is written underneath the chemical symbol in this image. It is in the units g/mol. To calculate the molecular mass of a molecule, add together the molar masses of the atoms. For example, methane is:

Now we have energy per mole and mass per mole, and we want energy per mass. To work out what to do with these two values to get what we want, we can use algebra. Does multiplying them work?

No. What about dividing?

Yes! This means that we can produce the energy per mass:

Here comes the main limitation — your replicator cannot violate conservation of energy, so it can't create compounds that require more than zero energy to synthesise. So, where can energy come from?

One of the limitations often forgotten in the science fiction of replicators is the challenge that arises when the replicated object undergoes chemical reactions while being replicated. Many structure are very difficult to construct without them reacting with the environment, such as oxidizing. If you attempt to recreate a famous painting via this method, be prepared to have issues when the Linseed Oil in the paint burns in the air during replication. Indeed this could lead to patterns which are used to detect the original painting, distinguishing it from forgeries.

Proteins are notoriously difficult to develop. Even identifying their folded structures is difficult, but making them is nearly impossible unless you do it the old fashioned way: in a cell, surrounded by cytoplasm. As such, living things would be nearly impossible to replicate.

I think you could save a lot of energy if you didn't try to do everything with atoms. A lot of stuff readily reacts with other stuff, requiring you to invest energy to keep your atoms pure. Just think about everything that tends to oxidize.

Often enough, you don't need pure atoms i the first place.
If you want to create food, you could work with the pure elements, but you could also start with hydrocarbbons, carbon oxides and so forth.
Look at the way chemistry is done. You use ingredients that are reasonably safe to store, and let them react with other ingredients to create your results. Adding catalysts or enzymes often takes a lot of complication out of those processes.

While there might be fancy stuff that would require pure atomic matter for it's creation, a lot of other things (like food, as mentionned), are easier to make from molecular ingredients, thus reducing your total power consumption both in your recyclers (where you obtain most of your raw matierals from) and in your replicators.

It might also make things a lot safer. Just imagine creating water from pure atoms: there are known processes for that, they are called rocket engines. I am sure there are other processes that are a bit better suited for indoor use, and that require a lot less energy for purifying the ingredients in the first place. After all, the energy that is freed in the process of oxidation has to be provided up front in the recycling process, and more energy needs to be invested in preventing unwanted reactions.

9
What would be in a shuttle's survival kit for aliens trapped on a primitive planet?
5
Realistic limits to the transforming abilities of nanomachines?
1
How to theoretically justify teleportation?

3
What are the limitations of apple-based weapons and construction?
7
Limitations of magic as an energy conversion process
4
3D Printer / Replicator : Raw Materials and Distribution Cables
6
Is a habitable desert planet with large fossil fuel deposits possible?
2
Energy gain/loss of using synthesized antimatter as a fuel?
20
What kind of "fog" could be harvested (and processed) for fuel?
10
Proper combat distance scaling for a sci-fi space opera tabletop setting
2
Limitations of caudal tripod creatures and how solve them