Human brains works by conducting electrical signals and since the brain and the reality to be affected lie in the same electromagnetic field, can a sufficiently amplified brain signal affect the reality?

Edit : 'The affected reality' may include the following basic scenarios whose combination could lead to complex scenarios -

You have little chance to do what you ask:

The subconscious mind already influences reality because your body (which is real) "obeys" to your mind.

We can also use the mind to control parts that do not belong naturally to your body, like prosthetic limbs using electrodes: 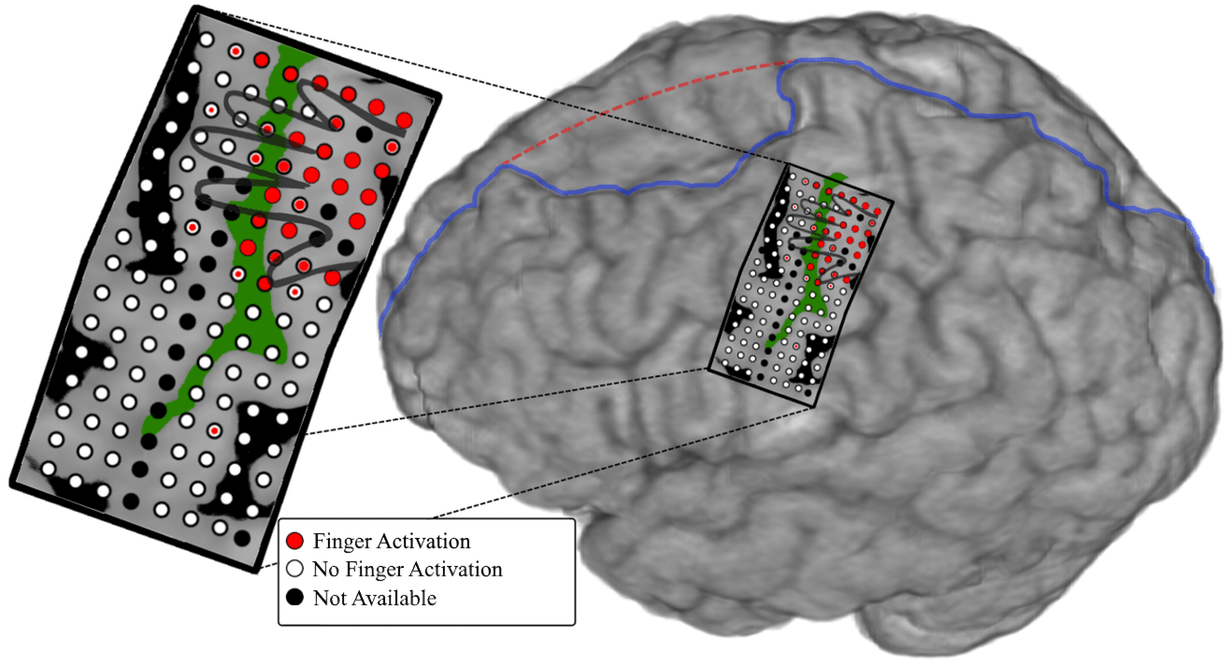 or using a brain-spine wireless connection.

Theoretically you could use these technologies to use any electronic device.

The short, obvious answer is of course not! The world is constantly awash in EM radiation (don't stand in front of a satellite antenna, yo) and it doesn't warp reality. Zaps the occasional bird, sure, but that's about it.

Why? Because there's nothing ... listening to the EM.

Therefore, in order to have something cool happen based on amplified head EM, there needs to be a good reason for it to happen. F'rinstance...

Imagine a planetary organism a la Solaris. It's like one giant cell. So imagine that the planet-cell uses EM to control its organelles. Over time, some organelles may evolve into separate organisms (parasites, really) which can ignore the "incoming" messages, but still can send outgoing messages to manipulate the environment of "loyal" organelles. This probably isn't as metaphysical and psy-punk as you were thinking, but work with me here. ;D

Sure, if the object was small enough and in the right position. I don't see why you can't move a superconducting coil the size of a bacteria with the extremely weak EM waves you can generate from your brain.

Sure, if the device was designed to be controlled by electrical signals of the mind.

Sure, if the body happens to be your own.

This one is tricky and probably not doable but if you were at the exact right place at the right time, your brain might be able to conduct lightning and kill you in the process.

A sufficiently amplified EM wave would just warm up the material where it is directed.

If the scope of your amplified brain signal is to boil some water to brew some tea (or plasmify something if you really amplify a lot) you might achieve something, else I see no way of affecting the reality.

Or, wait, our brain signals already affect the reality when they are translated into actions by our muscles.

According to (at least) one version of superstring theory, everything is energy and matter is just wrinkles in that energy which make it seem to be matter.

Everything from plants, light, metals, gasses, electricity, stars, human thought and perception, and literally everything is made of these energy wrinkles. If this were true and could be harnessed, the human mind could change whatever it wanted into whatever else it wanted.

Need food? Turn dirt directly into a steak. Need water? Pull water molecules directly from the air and into your mouth. Need money? Turn your #2 pencil into a diamond or gold to sell. Or just wrinkle the superstring theory energy into those items directly. Maybe you just want to be Neo and fly while stopping bullets, sure why not? At this point, there's literally nothing you couldn't do.

I don't have the resources ATM to find the video I watched about this (probably on YouTube, might have been a TED Talk), but I'll try to find it later tonight.

As impossible as the OP's question sounds, it has a basis in real science. Given enough technology, we could do this. This even gives credibility to the idea of humans evolving into pure energy beings, which is the basis of a wide range of existing science fiction books.

This even has a basis in ancient religion. Buddhism (alive and practiced today) believes that everything is connected through energy, and that given enough meditation, concentration, and training, we can harness this energy to do whatever we want. Sound familiar?

Some very prominent physicists are proposing a 'consciousness' field (think Higgs field) that pervades the universe, and can influence physical events. Our conscious mind is just an extension of this field, and connected with it somehow. If it is a 'property' of all matter and energy, then theoretically your answer is 'yes'. No need for your edit clarification.

It is unrelated to any existing fields or forces. Nothing to do with electrical impulses. No need for amplification. It is completely unrelated to String Theory-ish ideas. It is based in quantum ideas. An undiscovered universal quantum field, if you will. Think entanglement between everything. Think Heisenberg Uncertainty Principle wherein consciousness brings definition to reality, therefore universal consciousness brings definition to everything.

Not the answer you're looking for? Browse other questions tagged mind-control .

19
How can I explain mind control without using magic?
2
What problems could arise from mind-controlling the physical world?
3
How can we catch a mind controller
2
Insect Mind Control
1
Human Hive Mind Alterations