What are the waste heat considerations of a world with exponential energy growth rates?

My world is a future extrapolation of ours. We have continued with the very reliable trend of growing energy demand by an annual compounding 2.3% (current since 1650). It has actually accelerated quite a bit since we have accessed fusion.

It is about 350 years after this time. We have managed to solve enough of our localized environmental problems to develop complicated hybrid human/natural world biomes to ensure our biological survival but at the expense of great energy demand from our technologies and a high degree of hard to maintain complexity. Population density is quite large. Greenhouse gases are at high (600ppm) but stable levels now, however biological plant life is not covering most of the planet. Most soils are barren and sterile. Most of the living must be kept motivated by virtual reality "vacations" because access to open space is limited. Society has been displaced into being more virtual reality based than "hands on". Labor is rare and highly technical. Non-existential motivation is hard to come by. Propaganda abounds. Hyper-capitalists have also sourced the energy we need from sources of existing energy (fusion for one), but have come up to a point where we are reaching a thermodynamic limit because the waste energy we create and pour outside of our biomes now overwhelms our degraded planetary environment's ability to deal with it in stable climate patterns, and we are experiencing global scale storms that are threatening even the engineering robustness of our energy voracious technologies. We no longer know from one week to the next what is in store for us weather-wise. Extremes in storms are being redefined. Some questions here are: is there enough room for more energy expenditure to deal with waste heat growth rates, and how do we do it? I am interested in what last options we would have, assuming there is no increase in energy resource conversion that will help us. The situation I am envisioning is one akin to a dollar's worth of debt necessitating more than a dollar's worth of repayment, except in energy terms. If we produce too much waste heat in just ensuring our survival can we pile on more to try and reverse the trend? Is such a planet now worth abandoning solely because the scale of the energy use has made climate too chaotic?

In case you are interested, leading economists (the Club of Rome) actually looked into this question of waste energy in the 70s. Models developed showed that we would eventually come to boil off the oceans if we did not find a way to keep waste heat levels below a certain level. This sort of reality was said to be an upper level ceiling to what amount of technology we could develop on this planet. My imaginary world is such a world. 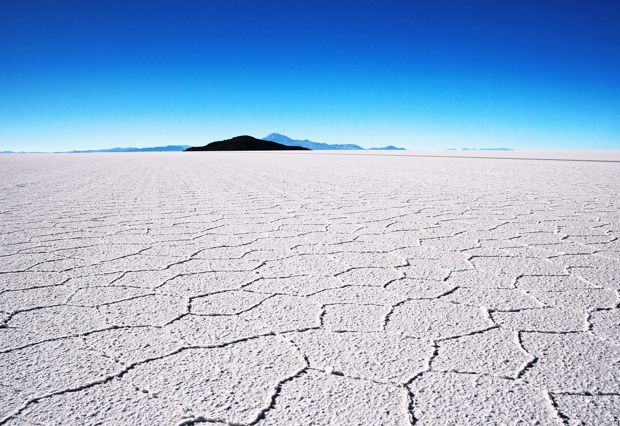 From OP: /however biological plant life is not covering most of the planet/. A shame. Pass the Soylent Green. But this suits our world building enterprise perfectly. Yes, we make a lot of heat but the first and foremost source of heat for our planet is our star, and it is hard to turn it off. But we can bounce some of that radiant energy away. If the earth's surface is not being occupied by pesky plants (with their propensity to absorb light and heat) we can make all these formerly wild areas into reflective white deserts. Perhaps flood them and let them dry, or cover them with reflective white materials - with free energy it should not be a problem. As regards the human occupied areas I am sure they already have maximally reflective roofs.

The oceans also soak up a lot of heat. I am a little concerned about turning off the lights for them as well, because hopefully they are still making oxygen. But if not, or if there are large dead swaths, these could be made reflective too by use of huge swaths of large white reflective floats. Or ping pong balls.

This surface stuff will never work, you say. Megastorms mess it all up.

OK then: move up. Fill the stratosphere full of reflective mylar scraps. These scraps are released above the atmosphere and take years to gradually fall to the surface. The reflective particles glint in the sun as they reflect those heating rays back out into space. They chortle with impunity at the megastores below - which in fact they are attenuating by cheating the surface of the heat that drives them.

None of that grab you? There is a another option to reduce energy demands. I give it to you in song. LET'S HAVE A WAR!

That would be tolerable.

But right now we have a surplus from the extra greenhouse effect of somewhere between 1.5 and 2 W/m2 depending on who's model you use, and that's giving us somewhere between 1 and 2 C warming. On that basis 40 W/m2 implies a 20 C average increase which would only leave the poles habitable.

The model would break down before that. As temperatures increase evaporation climbs very fast (7%/C) and so the fraction of the earth covered in cloud increases. This increases the albedo.

So you have a wide latitude to pick your scenario. I would suggest a geometric mean between 2 and 20 or about 6-8 C

The following does not address your question, but questions your world:

Cheap fusion power means that removing the CO2 from the atmosphere becomes practical. Without the greenhouse effect earth would be some 18 C colder than now. So by sequestering carbon, you could control the global climate. (Capture CO2, reduce to carbon, make into bricks -- synthetic coal -- and store underwater so it doesn't catch fire.) This could become a plot element.

Cheap energy makes an awful lot of other technologies possible too. You have to address your entire world and the history to see what the impact of cheap energy would be on that problem. E.g. land reclamation is easier with cheap energy to move stuff around. The muck off the coast of the world's large rivers will fertilizer a lot of earth. Producing synthetic fertilizer is dirt cheap.

You also have to explain what has happened generally in technology. The changes in the next 350 years should be as strong as in the last 350 years. Where were we in 1650?

Our understanding of ecology is growing, but no where near being a predictive science. Given enough sensors and enough computing power, howerver it should be. Why is your complex natural/human ecology not amenable to this.

Why is access to open space limited? Even if there is a lot more desert, deserts are tourist attractions. See the travel literature for Utah; for the Gobi desert. Are our present cities gone? Why? (Many because they are underwater -- all the ice melting raises oceans by 200 feet. This also means you have a fact check for each existing city name you use. Denver is safe, as is Chicago. Seattle, Washington DC etc are not.) Would not existing cities become tourist destinations? The more equitorial destinations for adventurers in heat suits, and super air conditioned vehicles.

Our understanding of genetics is growing fast. Why have the deserts won? Combine genes from things that live in hot springs, and make a plant that can work at 50 C.

Maybe the deserts didn't win. People use virtual holidays because they are cheap, or there are never lines, or they can be more exciting, or the sex is better, or that you never lose your luggage, and the Danish deserts are non-fattening.

Cheap energy makes manufacture and remanufacture much more attractive. Add to it robotics and AI, and you have goods so cheap that you aren't paying for goods you are paying for fashion. (This is already true. In constant dollars off brand jeans are a fraction of the price they were when I was a kid.) You need to explain (at least to your self in your background) why this didn't happen, or what form cheap goods has taken.

If owning something no longer has prestige, how do people show off? In 1650 being fat, or at least plump was a mark of wealth -- you could afford to eat. You traveled by coach, with a matched pair of horses. One or more footmen. Dalmations running on either side. You had lots of clothes, because even the wealthy didn't have central heating. Now we struggle to be thin; if we are successful, we flaunt it with next to nothing running shorts. The coach has been replace with a Porche. And being fashionable is expensive, and for many is how we show off.

In general with increased food security and education, population growth rates decline. What is the history of your world that you have a high population density? In many first world countries, population isn't replacing itself. We have 1.9 births per woman. Replacement requires between 2.1 and 2.2.

The high tech distopia is a staple of Hollywood, but needs to be crafted with care. A high tech society requires lots of technicians to create and maintain, and at least some training of the masses to use. A high tech world of uneducated people is only possible with AI+robotics doing the support work. You can have a high tech society with educated people living in miserable conditions. E.g. zero privacy, massive crowding, short food or just yeast mash for food, but if this is an extrapolation of our present world, you need to fill in why. (Note you don't have to do this in the first book. Veiled hints and obscure references that don't make a lot of sense until the second time people read your decology are allowed. But YOU have to figure them out ahead of time to make your story consistent.)

13
Mr. Fusion reality has a global warming problem
5
Convince happy nomads to settle down
5
Are Alpha and Beta-Voltaics the solution to the energy storage problem in Scifi?
7
Global warming through waste heat?
5
How can we limit or avoid addiction to virtual reality in a technologically advanced society?
9
Could a non-nuclear sub power itself by ocean energy?