Piloting giant creature in fantasy world, is it possible?

Random idea I just had, would it be possible for a medieval society to pilot massive creatures from the inside? This creature is about 10 stories high, having the anatomy of a gray wolf. The society would have technology equivalent to that of Imperial China as well as our current knowledge of the body and brain. So, considering they are already inside but have access to resources through small cuts in the skin, would it be possible for this society to basically override the creature like a mech all while the thing is still alive? The people would have to make the wolf be able to do regular, wolfy, things.

Leave any questions below.

Now that we know that it's impossible, let's take a look at the specified tech level and apply that to a fantasy world. This is what I would do, and how I might apply the workings of my own World to the question. Borrow or leave as you see fit!

ASSUMPTION 1 The result is a given, therefore there must be a means to accomplish the desired end.

ASSUMPTION 2 This is specifically a fantasy world. Even though the OP doesn't specifically allow magic, for the sake of argument we'll allow that it exists.

My answer will therefore be a kind of thaumic acupuncture harness.

How it Works The harness itself is sturdy, made from leather with nicely decorated bronze fittings, heavy rope ties, etc. The largest part of the harness is where the Lupigators ride (in a rather spacious bamboo cabin where they can keep charts, maps, lupigational aids, a kettle and perhaps a couple bunks. Oh, and a loo.) The cabin has not only living quarters, but command deck, galley, stores, mechanical shacks, etc.

Since acupuncture is a well understood wiscrafty art, the breeders and trainers of these ponderous Beasties know well where the meridians are located on the animals' bodies. Which nerves can be stimulated where and so forth.

All around the Beast are smaller leather & rope harnesses that house the various arrays of acupuncture needles (primary system & backup). The arrays of needles are all connected to the control cabin by means of thin copper wires. All the wires meet up within increasingly large bundles of wire that enter the cabin through two apertures in the subfloor, one on each side, down in the mechanical shacks.

In the center of the command deck there is a tall throne upon which the captain sits and before which is a large wooden table with anatomical representations of the Beast artfully done and inlaid in various woods and surrounded by various images of the Twelve Immortals, and navigational poems composed by the greatest masters of the age. Bronze inlays denote all the scores of primary and secondary acupuncture circuits. on either side of the table are two junior officers, the lupigators, poised as if contemplating the moves of a crucial chess match. All around the command deck are various spotters, lookouts and communications officers.

Below the command deck, where the trunk lines enter the cabin, there are the mechanical shacks. Down here are bulk supplies, general storage and the rooms where the all-important bat trees are kept. These are the sole domain of the Alchemists, and it is their function to distill the Spirits of Elektra City and store these spirits in the bat trees. Another set of copper wires connects the Alchemists' rooms with the command deck above.

Back on the command deck, when the captain desires for the Beast to begin plodding forward, she will say the word of command and all stations will be on alert. The two lupigators will insert ivory & ebony statues of the Twenty Four Favorable Winds, each of which has a long bronze peg under its base, into a hole bored through the representations of the acupuncture circuits. Placing these statues in the appropriate slots will close a circuit, causing the spirits of Elektra City to flow from the bat trees, down along the wires and into the Beast's body. The appropriate nerves thus sufficiently stimulated, will engage and the Beast will begin plodding along.

The watchers and lookouts will alert the captain to any obstacles or changes in terrain, changes in weather and so forth. The communications officers are on the lookout for the fore and aft crews who man smaller lookout cabins upon the Beast's head and hind quarters. By the use primarily of a system of speaking tubes, and secondarily of colourful semaphore pennants, they can communicate any message at speed which will be relayed to the captain. The communications officers also relay voice orders and receive voice messages from other areas of the crew cabins as to status alerts and normal updates.

Altering the gait, changing direction of motion, slowing down, climbing or descending tilted land, indeed any of a hundred and forty-four other complex tasts --- all these are accomplished by a deft combination of needle stimulation and calling for an increase or decrease in the flow of spirits through the network. More juice = more nervous stimulation = more power and thus more speed or more lifting capacity. Adjusting the trim, that is, determining how much juice needs to flow, is also one of the lupigators' primary functions. They must be in constant communication with the spotters and lookouts. If a lookout spots a tree fallen across the road, he must be quick to alert the lupigators! They must be quick to adjust the trim setting wheels on their control table.

Those wheels, the chadburns, are connected by a system of pulleys down to the Alchemists' shack who will then reduce the flow of spirits. The lupigators may be ordered to engage in an evasive manoeuvre and they will pull unneeded Favourable Winds and place them in new slots so deftly that the Beast will gracefully turn to one side, shamble on by the tree and then smoothly turn back towards the road!

Even with today's knowledge and study on brain, mind and anatomy, I'm afraid it's impossible. You might want to take a different approach on 'piloting' these animals though, maybe people can bond with the wolf just like we do with horses and dogs, and have him understand simple or even complex commands. Maybe you can have that people used selective breeding to make this animal as friendly and disciplined as possible, even having different breeds with specialization in different tasks, like real-life dogs.
You can also make these wolfs have pouches like some of the marsupials (kangaroos, wallabies, among others), originally designed for carrying pups, but adapted into human habitation by selective breeding. 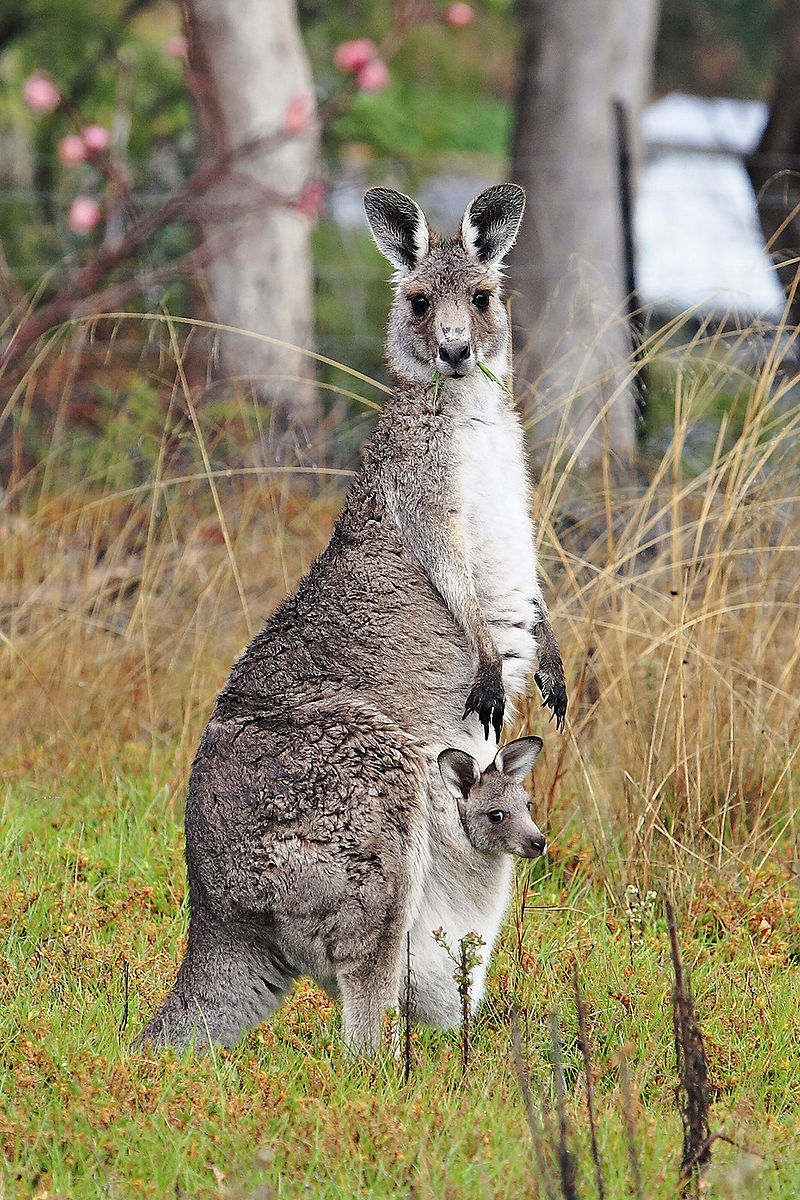 Anyway, if all fails, maybe you can use the good ol' magic, if it exists in your world.

There are any number of examples in nature of organisms exerting chemical control over other species. One example is Toxoplasma gondii, which alters the behavior of cat prey animals, and even humans. There are also wasps, such as Amuplex dementor who subvert the will of other insects for incubating their young (a scary concept).

All of these manipulations are achieved chemically in some fashion. As mentioned by others, our study of all the intricacies of human (or animal) brains are actually very rudimentary yet, but conceivably, one rider seated in the brain somewhere, and equipped with the right stimuli could control your giant wolf, should it's brain chemistry be suitably understood.

The ancient Chinese were masters of poisons, fragrances and other arts which might form the basis of the knowledge required to achieve control of the giant lupine. They might not know the chemical structure of dopamine, but they would know that a certain elixir, applied to a specific portion of the giant wolf's brain, would cause it to feel happy, safe and compliant, while a specific poison, used elsewhere would make the wolf defensive and/or aggressive, as it causes the wolf's adrenaline to spike.

Not the answer you're looking for? Browse other questions tagged biology technology magic or ask your own question.