Similar question to this one except I want to calculate the urban and rural population needed to support an army.

I want to create a world for a fantasy wargame campaign using some of the elements from questions I have asked here before. The setting is a desert world where water is relatively scarce, but is otherwise similar to earth. There is a large canal network to move the water where it’s needed across many hundreds of miles and the world is populated by humans.

There is a technology level similar to that of ancient Rome 100CE and a civilization based on city states located at the junctions in the canal network. Each city has a fairly large area of influence into surrounding territory. Some are larger some smaller.

In order to construct a vaguely realistic campaign in this world I need to consider the population size and spread.

Is there a basic rule of thumb that I can use to determine population sizes in rural areas, towns and cities? There needs to be enough people so that each city territory can field an army of between 5000 and 20000 without too much trouble.

So in summary what I want to know is for an x thousand man standing army how many people have to live in the city and how many in the rural areas along the canals? Use Roman settlement patterns if I have left anything out.

Out of scope: anything to do with how the canals were built or the backstory (and no magic).

Edit To answer some questions that have been raised:

Do they have slavery yes they do as the Romans did.

Fighting usually occurs in the spring and summer, although there might be exceptions. Some city states have taken control of others to form small nation states. There is considerable tension along many of the canals in contested areas. I’m not sure how wide the canal irrigation zones are but probably 10-20 miles either side of the canals are agricultural land the rest is desert.

There is one harvest per year at a similar time to that which the Romans would have experienced and it is labour intensive.

Conscription would not be used except in emergencies. In such cases any males from the population who might be reasonably fit and capable in a fight (say 15-55 year olds) might be called up for the duration of the emergency. 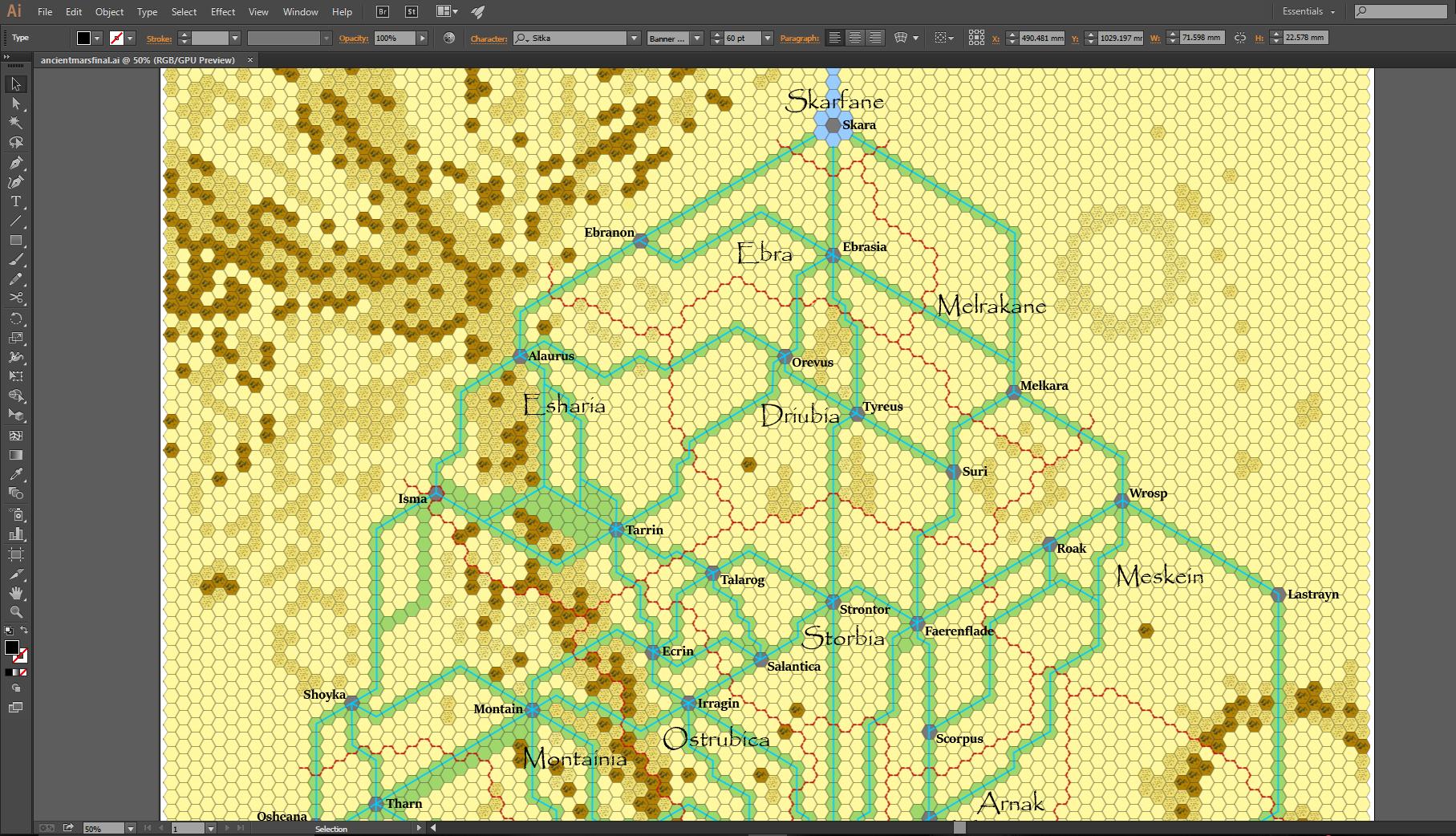 Kandahar would be a fine choice. 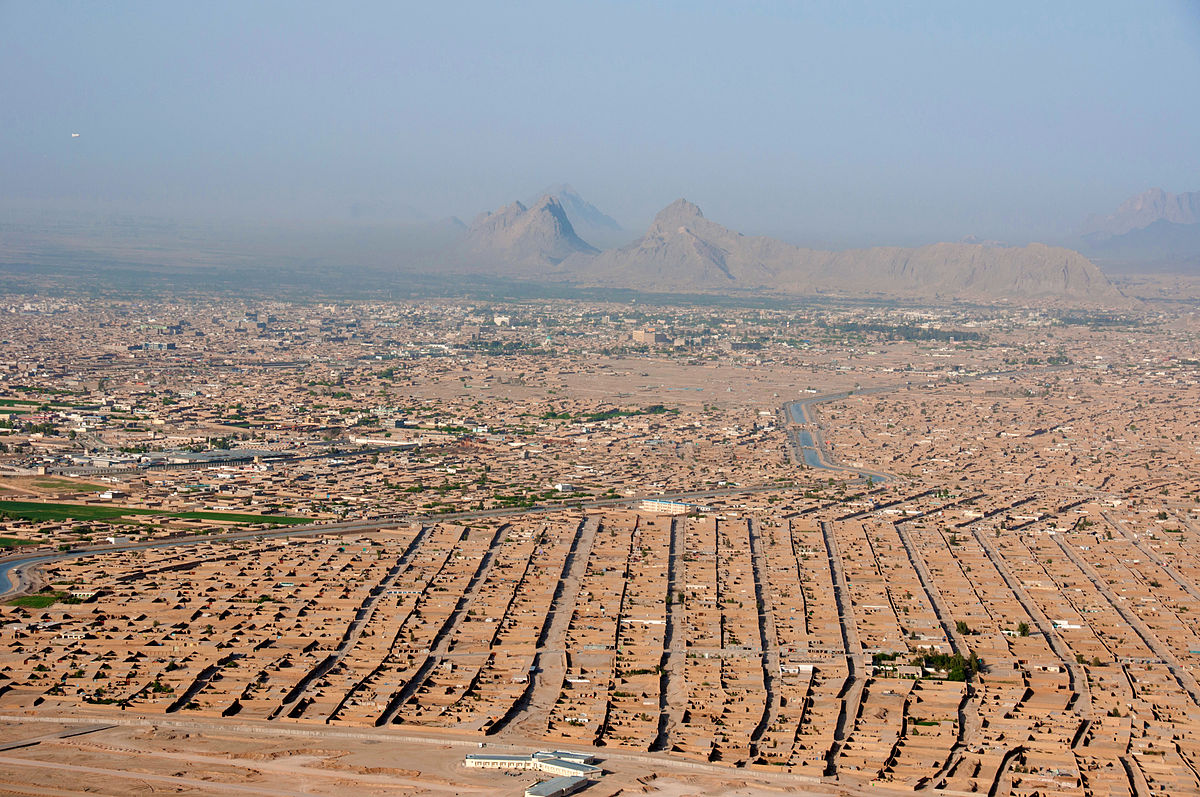 Kandahar was founded by Alexander the Great and by the time period you state was a regional capitol. It is hard for me to find population estimates for the ancient city, but comparable cities had populations in the low hundreds of thousands and certainly the surrounding countryside would have many more.

As regards how to estimate populations I found this.

from The Complete Cities of Ancient Egypt, Stephen Snape. They discuss various ways to estimate population for ancient periods, either based on likely productivity of the land or extrapolating from urban populations to what would be needed to support them with food. You are probably not going to find a place with better archaeological / historical records than Egypt. Maybe Greece or Italy. Note that urban population is not one city but all urban centers of the time.

I cannot recall reading a work of fiction that got so far into the weeds as to discuss population density and irrigation practices. I suspect people who are thrilled by such are not reading fiction.

I figured Alexandria and Cairo must have had canals. In fact all of these ancient drylands cities had canals. You can see one in the above photo of Kandahar. It turns out that the ancient underground canals of Alexandria were once a tourist attraction, and might be again.

This is fortunate because these subterranean canals were frequently described as underground cathedrals. Sometime between 1710 and 1712, Francois Paumier, a member of the third order of St. Francis, exclaimed with admiration, "there is nothing more beautiful and complete than the vaults; nothing better constructed than their apertures; nothing more superb than the pieces of marble with which they are surrounded". Seventeenth and eighteenth century artists, including the scholars of Napoleon, though enough of these monuments to make numerous engravings, which give us an idea of their imposing proportions. 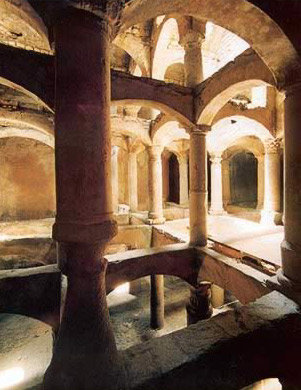 So 10,000 soldiers might be part of 100,000 non-agricultural workers. Say half of them live in cities, half in smaller towns and manors or villages (assume an even split). They are fed by 1,000,000 farmers in manors and villages. Since that is just counting the able-bodied men, triple or quadruple the numbers to get the total populations.

And "one in ten" or "ten percent" are very rough guesstimates. Make it "one in eight" or "one in twelve" and the army size changes accordingly.

Just like the division of populations between cities, towns, and villages/manors, this would be one area where some of those fictional countries get their distinct look-and-feel.

Another answer here cites 10 peasants per non-peasant. Given that any culture that creates more than mobs armed with clubs requires other non-peasant/non warrior personnel,(E.g. the local village has a miller, a black smith, an inn keeper, all with their assorted minions, the manor house with servants...) I'm inclined to go with 3%.

That said: A pruning hook isn't much different from a halberd. A scythe blade can be remounted as a pike blade.

Not the answer you're looking for? Browse other questions tagged science-based society warfare earth-like ancient-history or ask your own question.

20
How to calculate your kingdom’s population size?

3
How fast a current can ancient water way travel overcome?
2
Roughly how much water would my desert civilization need every year?
37
How to stop a massive canal system from silting up?
13
What is a viable military strategy for a distantly disjoined country?
6
How can I determine the largest possible population that a ring world can comfortably support?
6
How many gangs (criminal and non-criminal) can fit in a fictional crime-ridden New York City?
7
How to limit naval combat in a world of giant canals
2
How do the Martians prevent salinization of their canal network
7
What is the maximum population density in a settled land where farming and homesteading is impossible?