Could This Sort of Castle Defense Work? 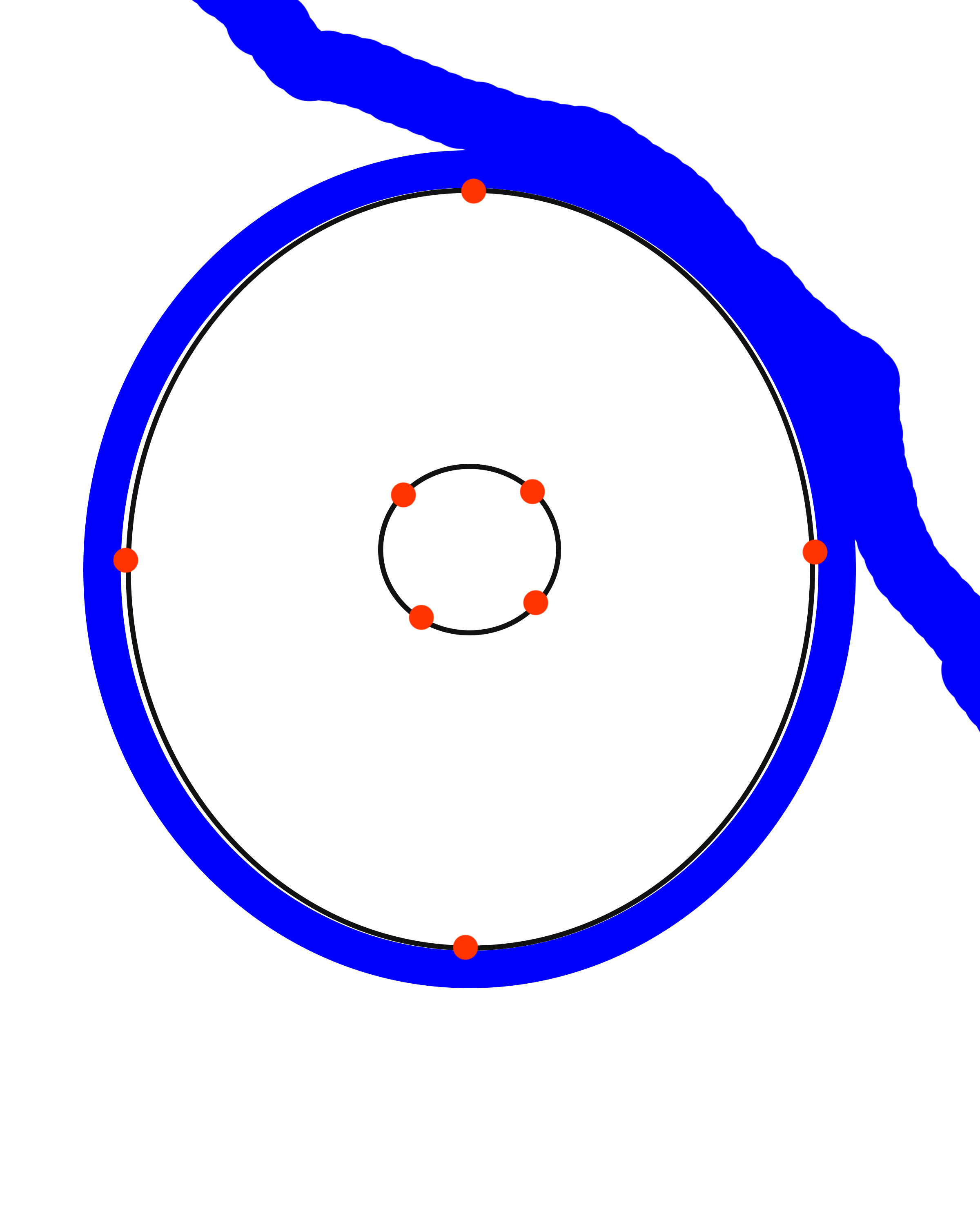 This is a basic map of a castle in an alternate Earth. It was built with two walls, both of which were always built in a circle, with four broad, circular towers/gatehouses built in four cardinal directions—north, south, east and west. The outer wall protected the towns owned by the noble and gentry classes. The inner wall guarded the palace, which, on this alternate Earth, looked more like a mansion along the lines of Harlaxton Manor in England or Versailles in France than the many towers and turrets of fairy tale imagery.

Could this sort of defense mechanism be feasible in real life?

It's a terrible defensive structure. Once you're close enough to the walls, you've eliminated flanking fire coming from the towers because the walls themselves block line of sight. This would allow anyone getting close to the wall to be safe from attack (except from directly above), giving them plenty of time to muck around to breach. Were they willing to take some risks they could work on any one tower by itself because it couldn't be supported by the others.

The moat is itself a relatively minor issue: moats were routinely crossed by besieging forces.

What you describe sounds not like castle but like a fortified city with a central citadel. Many medieval cities had walls.

If you are after defense rather than aesthetics, I suggest making the outer walls concave inwards rather than convex outwards between the towers. That allows the defenders to control the walls. Same amount of material, better defensive coverage. Gates would be in the middle of the curve, not at the points. Make the points supper strong, and they have a clear shot at the outer surface of the gates. The Roman siege machine worked because the defenders could not hit the BACK of them.

And do not fill your moats with water. They offer more protection dry than wet. Defenders can use the outer rim of the moat for the first line of defense. Attackers first have to go DOWN the moat slope before they get to the walls. Then, in retreat, they have to go back up the moat. Defenders can fight attackers within the moat, free from enemy fire. If you could somehow flood the moat in the middle of the battle (when it is full of the enemy at the walls) better yet.

It would work reasonably well to some extent, however any determined opponent is going to attack at the weakest point and the weakest point in your fortification is probably the point midway between the two towers. At this point the curtain walls themselves start to get in the way of enfilade fire parallel to the curtain wall. If you look at the outer wall draw a line down from the right most tower and another line horizontally from the lowest tower the area between these lines and the perimeter curtain wall suffers from the problem of no enfilade fire.

I don't think it will be too effective unless you add more towers, like other people said. Since you have a hill, you could add more rings and towers (don't be shy on towers!) and you basically have Minas Tirith from The Lord of the Rings 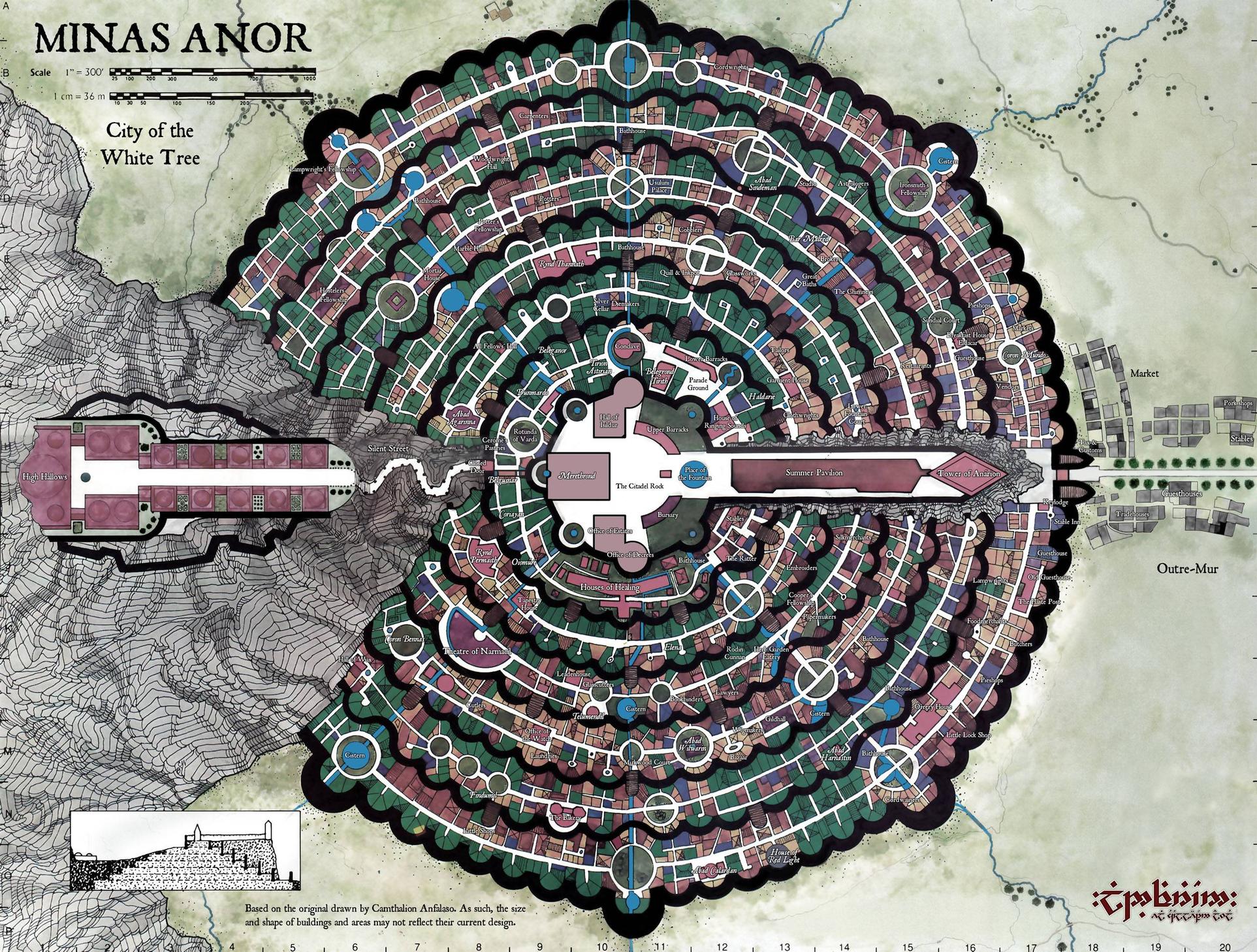 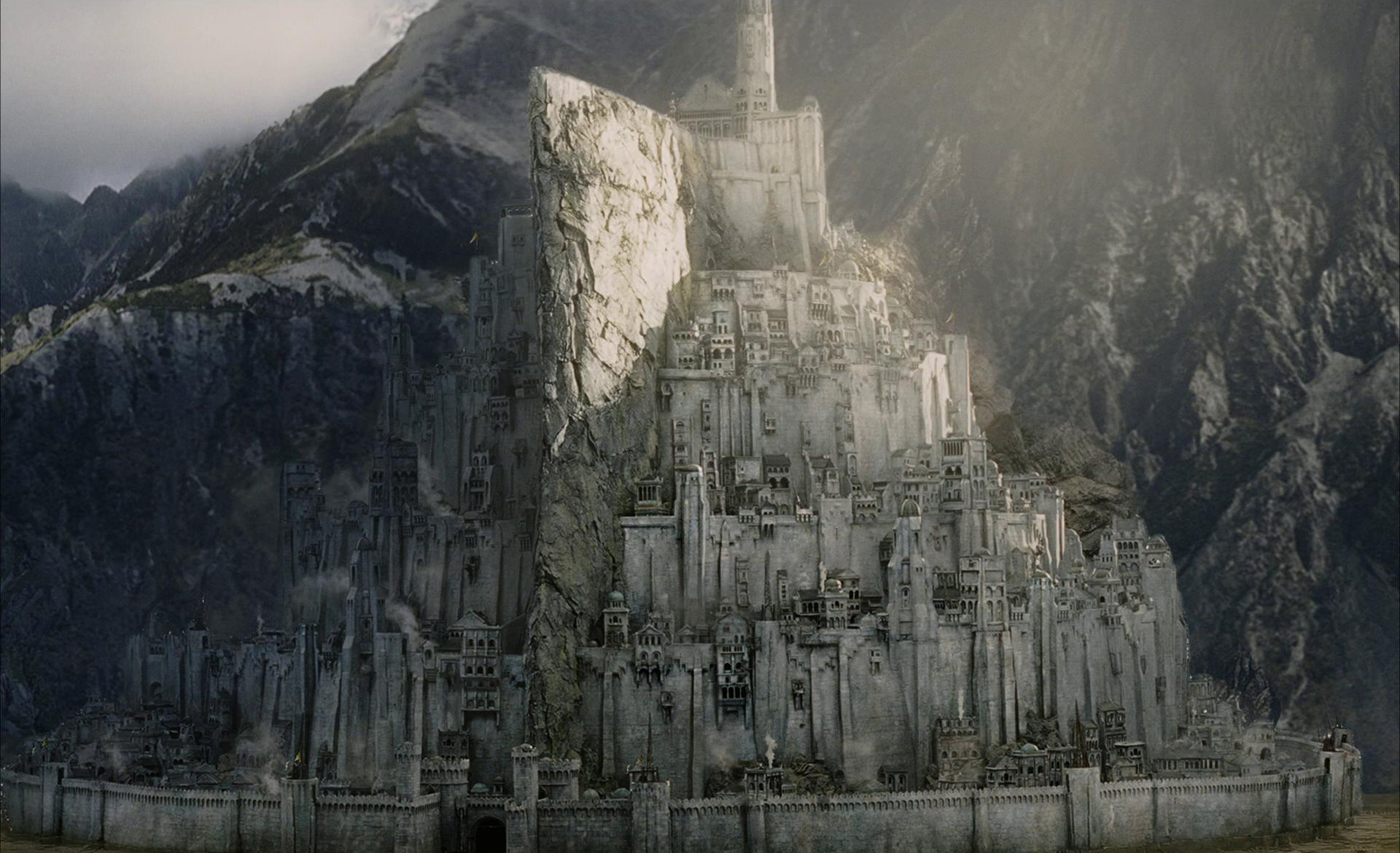 However, I'd recommend a Bastion Fort, specially if enemies have gun powder

A bastion fort, star fort or trace italienne, is a fortification in a style that evolved during the age of gunpowder when the cannon came to dominate the battlefield. It was first seen in the mid-15th century in Italy.

The design of the fort is normally a pentagon or hexagon with bastions at the corners of the walls. These outcroppings are present for the purpose of a total, panoramic view of the battlefield. Because of the bastions, archers and cannon operators can hit any target on the battlefield without having to lean over the wall and expose themselves. 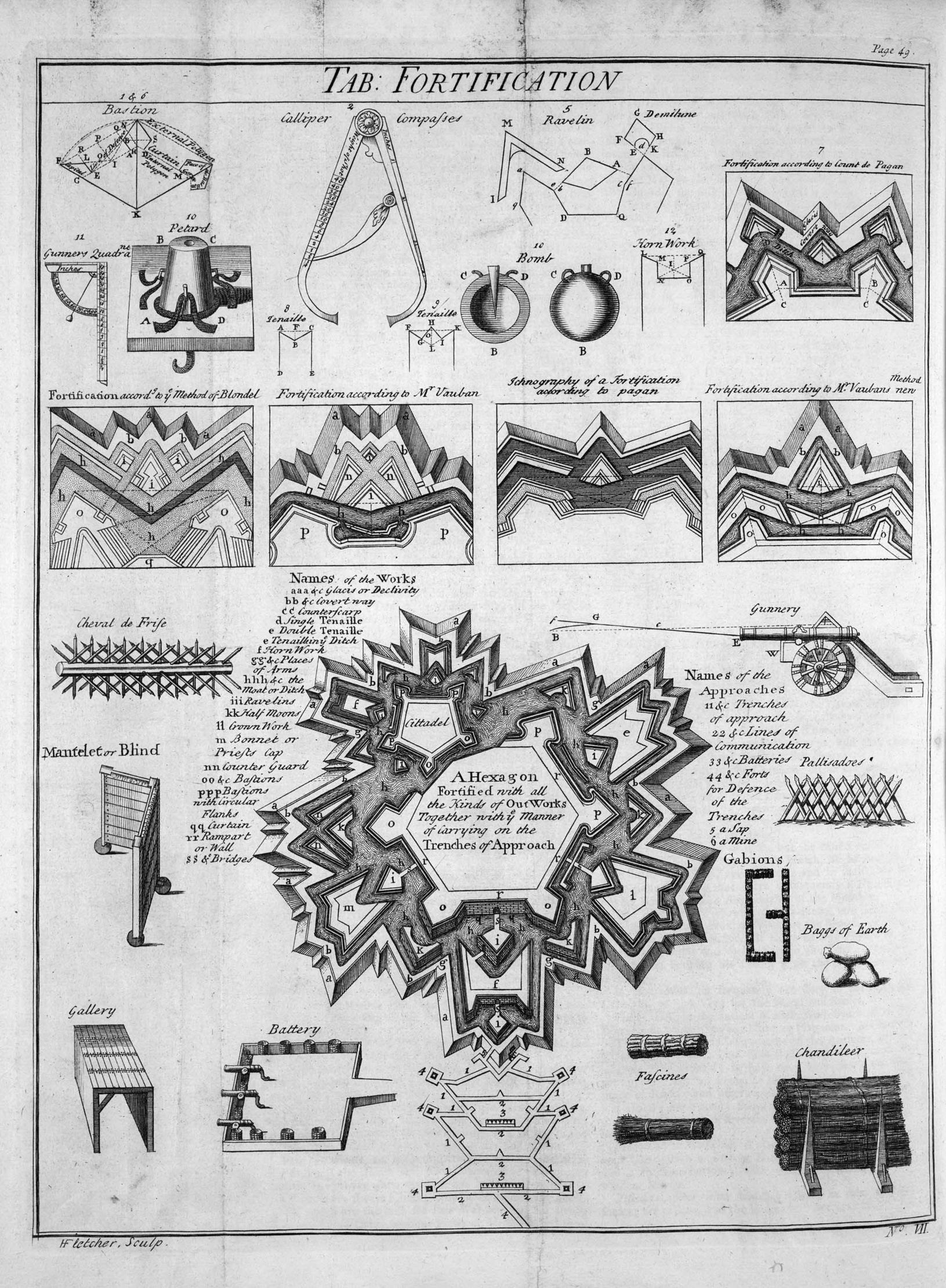 which proved to be quite effective...

According to Geoffrey Parker in his article, The Military Revolution 1560–1660: A Myth?, the appearance of the trace italienne in early modern Europe, and the difficulty of taking such fortifications, resulted in a profound change in military strategy, most importantly, Parker argued, an increase in army sizes necessary to attack these forts. "Wars became a series of protracted sieges," Parker suggests, and open-pitch battles became "irrelevant" in regions where the trace italienne existed. Ultimately, Parker argues, "military geography", in other words, the existence or absence of the trace italienne in a given area, shaped military strategy in the early modern period.

More towers, like others have said... But also more walls.

Divide the main interior into at least 4 sections so that if a main wall is breached, the entire city isn't lost. Usually the sections are named like "Merchants Quarter", etc.

this isn't that different from many castle design layouts through Europe, middle East, and even asia.

In that sense sure it would

Is it particularly more effective than other layouts and or unbeatable then no it isn't. open castles like these not in difficult terrain were usually surrounded with large armies and eventually taken.

However how effective it is depends upon size. Your description of the outer wall protecting several villages leads me to think it needs several more towers. You’ll also need more personnel to hold the wall. The squat square structure of Bodiam is more efficiently built.

However just because your design might be overly large and sprawling doesn’t mean it isn’t defensible. The Japanese have several examples of such castles.

Not the answer you're looking for? Browse other questions tagged alternate-history architecture military-defense alternate-earth or ask your own question.

30
How would the design of a habitable underground fortification differ to that of a castle?
10
How can I encourage storming a castle to be more practical/safer/better rather than slowly sieging it down?
5
Should castle walls be circular or square?
9
What kind of natural defense could a planet have?
7
Help on designing a castle to defend a large wall
2
Primitive AA defense
32
How would one attack or lay siege to a flying castle?
3
Defense of Atlantis?