I’m writing a novella for a school competition. My main character is a shape shifter.

I am trying to find a plausible scientific explanation for how shape shifting is possible. I tried finding answers both on google and on here but didn’t find what I was looking for.

I did read somewhere that you could use the elements in the air to shapeshift or your DNA could be combined some how with other animals/the thing you want to shape shift to for example my character is limited to growing wings and changing into only 2 animals.

Thank you and sorry if there’s a question similar to this!

Protaganist is composed of numerous smaller organisms. These smaller organisms have limited abilities to move on their own, and can crawl to the correct place for the second form.
Once in position, connective tissue is extended from the sub-organisms and grasped by its neighbors.
Limiting to 2 forms is easy. Each mini-organism knows two positions to squirm to.
This is closer to reality than you may think. Consider Dictyostelium discoideum. In one stage of its life, it travels like a slug, then numerous of these slugs stack atop one another to form a tower which disperses spores into the air. 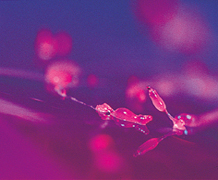 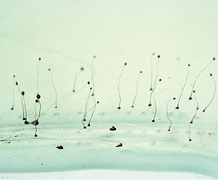 You can read more about this fungus here: https://creation.com/the-fungus-that-walks.

Protaganist has a highly flexible body.
Consider the octopus, who can squeeze through a hole as small as its beak. Other octopi can change color. 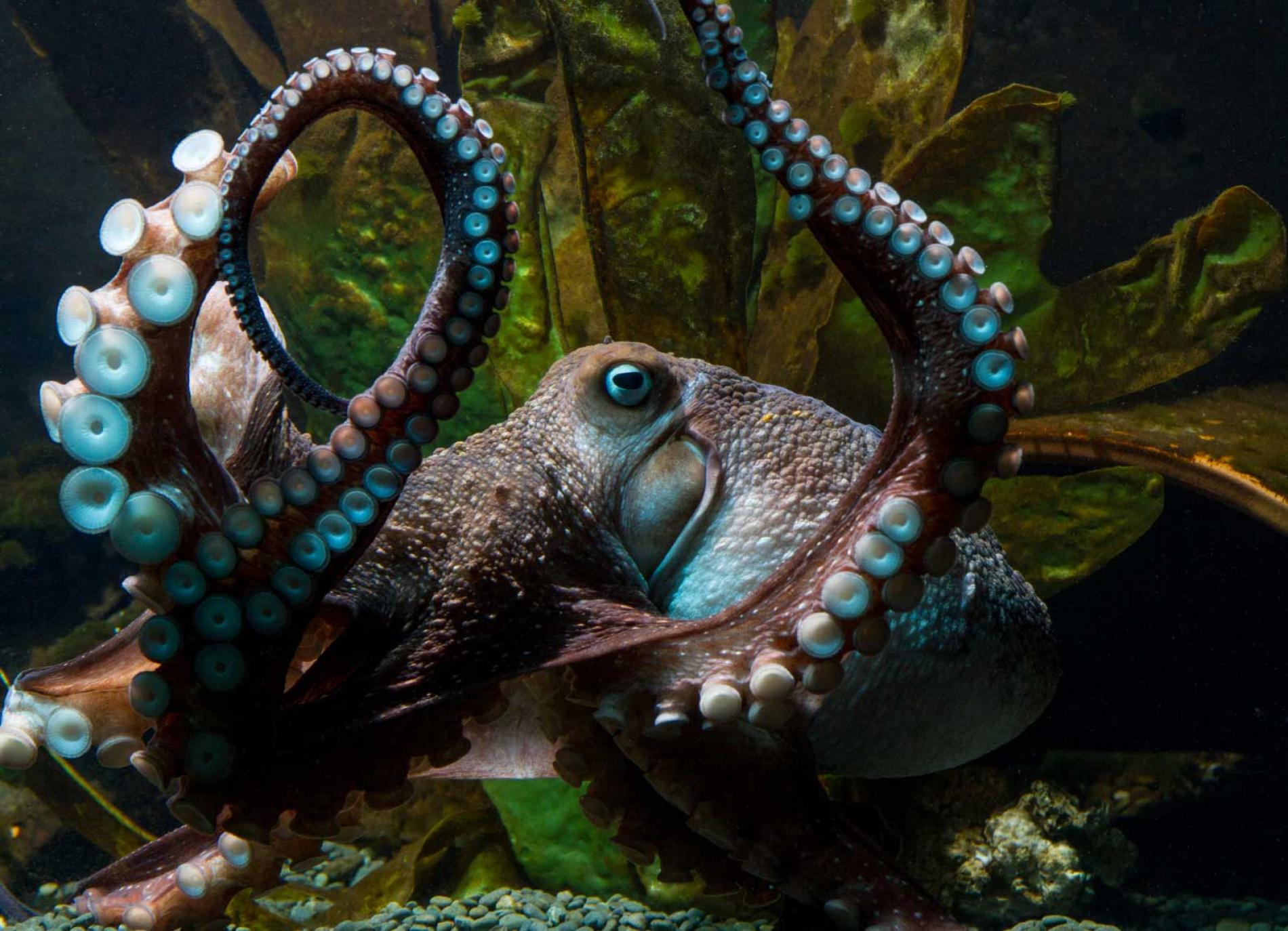 Similarly, your character can bend their body into either of several shapes.
But what if you want bones? Some snakes can dislocate their jaws. This thing can dislocate some of its bones and move them to other locations within its body.

The two animals are different stages of the reproductive cycle of the same species.
The protaganist undergoes metamorphosis. If you didn't know already, would you believe a caterpillar and butterfly are the same species? 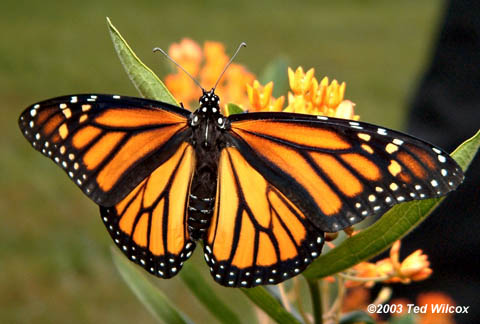 The protaganist can enter a sedated state to change its body composition. When the butterfly state wishes to transform back to the caterpillar state, it copies its memories into the brain tissue of the larva. The disadvantage is this takes time.

One of these explanations could approach what you're asking for while being possible. 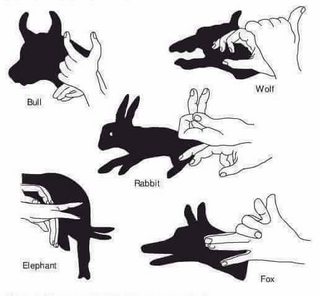 Consider the shadow puppets. They are projections of a contorted 3 dimensional hand on to a flat surface, creating the illusion of a rabbit, wolf or cow.

Your shapeshifter could be a 4 or higher dimensional being whose normal appearance in our 3-dimensional world is the result of how they carry themselves. They shape-shift by contorting themselves into a new position. While this would mean they could transform into just about anything, maybe they only have a few forms since maybe they don't realize their true nature. And, they've only learned to do those transformations out of an instinctual need for self-preservation, think of Harry Potter and his early use of magic as a child, as an example.

And, going further into weird, maybe everyone on this planet -- maybe it's not Earth and they aren't humans -- is like this, they just don't know it ... yet

In the hard cold light of real life it is difficult for a thing to change its shape so radically - like a man changing to a wolf. Shapeshifting is surreal.

Dreams are surreal. You are writing a story. You can have the events of the story occur in a dream. In a dream you can change shape. Sometimes you do and you do not mean to - you find yourself in the different shape. Or you change shape and it is not enough - you cannot fly any higher than a few feet. There is no fixed reality except the identity of the dreamer. You have the freedom to flex what is real to serve the ends of your narrative.

You could have the events of the story occur and not reveal that it is a dream until the end. Or you could start with the dream - maybe an unavoidable, recurring dream this character has. He knows it is the dream and knows what will happen.

The octopus model: your character is an octopus (or similar physical rearrangement + skin illusion transformations).

The puffer fish model: suck in air or water to stretch bones and flesh in specific directions they're designed to move in. All senses, muscles, etc will be working with the same machinery in all forms.

The hologram model: the character is something else entirely and can simply alter how it is perceived.

The werewolf model: your character has access to a fourth spacial dimension, one 3d slice of its 4d body is one form, one another. Because all forms are connected there is some bleed over in abilities, some air may reach the wolf nose so as a human there's better senses for a werewolf for example. Also there's the possibility of the character being tougher and stronger than expected in all forms because the entire 4d muscle and fat is interconnected. Also your character will be more resistant to cold and over heat easier than otherwise expected for either form but that's rarely portrayed and can be handwaved.

The hulk model: when transforming the character sucks more cells of a different type out of some alternate area or dimension (presumably through some matrix of tiny wormholes) and those cells are just added in between former cells. Character can simply grow until all cells from the source are used. If there is any bleed over in ability it must be from smaller form to larger or through partial transformations.

The god model: your character simply rearranges individual molecules as they see fit, possibly creating and destroying matter as needed depending on the portrayal. This is the model that shows usually claim they are using when they have bad pseudoscience and are showing something that obeys a different model. I do think it's possible to use correctly but there are extreme implications that are usually ignored...

This summarizes all mechanisms I've encountered. There are endless variations of each mechanism depending on the biology of the character and physical nature of your world.

Generally things like this work better the less you explain them. But since you asked...

The basic idea behind shape-shifting is that the shapes we think are the reality, really aren't. Instead they are reflections or shadows cast by the underlying ideas of the forms. So a shape-shifter is simply something that can cast "shadows" that match multiple other forms. It is not a human and it is not wolf and it is not both, but depending on the situation it appears the same to some arbitrary degree.

This is a very old idea in most parts of the world. It is common to think that there are multiple layers of reality and that the reality we experience is not the real real.

Unfortunately, while the part about what we experience not being the real reality is somewhat supported by science, the difference is not in a form that would support functional shape-shifting without hand-waving. This is not usually a real problem as the precise mechanics of shape-shifting are rarely important.

There is one corner case though that is kind of "scientific" enough for you. It probably won't be compatible with your story otherwise, but maybe it will give a usable idea.

If the reality the characters experience is in actuality a simulation, think Matrix or sci-fi VR game, then it will work more like the theory of shape-shifting requires.

Every character will have attributes that tell what shape it is and there will be absolutely nothing that stops code from changing those attributes at run time. Most likely it would have defined multiple forms and transitions for transferring between them. So it really would work exactly like in fiction. And it would be "real" in the sense that the characters really do experience it.

The shifting part can be scientific, because you've already found the answer. If your DNA can combine itself to the nearby elements, then the DNA does all the work. Once your DNA is combined, it is up to your OC's own personal conscience decision of whether or not then animal or the human DNA is the dominant one. SO, if the OC wants the animal to be dominant, then the animal DNA takes over. If the human DNA is dominant, then the human body takes over. The only downside is that there are unconscious decisions. If the animal DNA is triggered by smell, then you can unexpectedly turn to the animal.

Not the answer you're looking for? Browse other questions tagged science-based biology creature-design physics science-fiction .

9
How would a life form conform their anatomy to fit whatever they wear?

4
Shifting positions of continents
13
Egg Geometry--Shape of Eggs in Oviparous Humanoids
5
Alien Senses: Active electrolocation
3
Is it possible to build weapons that shield the RF frequencies pre-cogs use to send their memories back in time?
4
Optimal shape for manipulation via telekinetic light
3
super power = strength, density and mass shifting
5
Explaining Monsters Shifting Form in Combat