The Anatomically Correct Series can be found here.

The Chimera is another freaky specimen from Greek mythology. 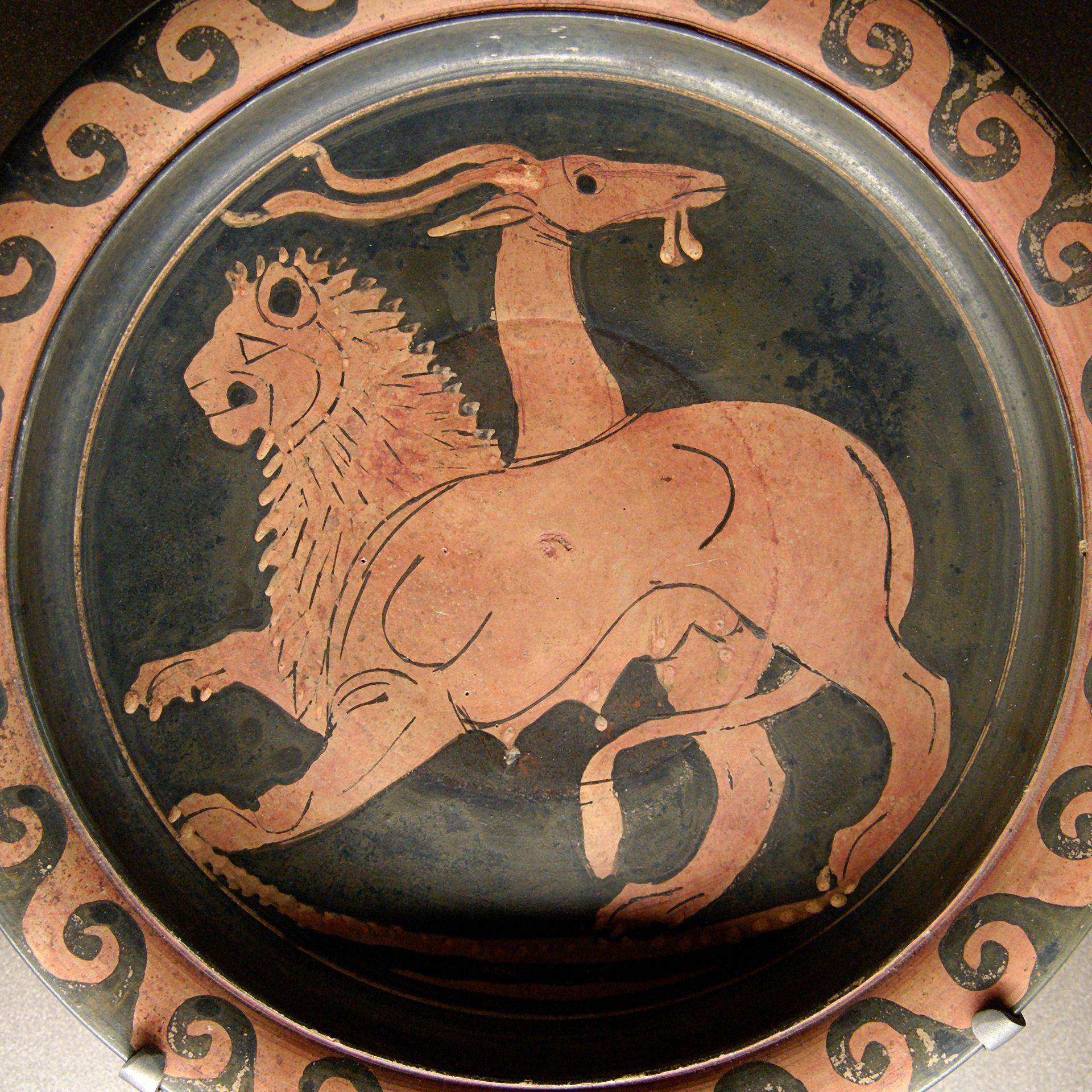 It is described as having the body and head of a lion, the head of a goat sprouting from its back, and having a tail that ended with a snake head. It was also able to breathe fire for good measure.

Out of all the mythical creatures I've seen, I think this one is the hardest to make work. Hence my question.

Using at least a somewhat Earth-like biology and environment, could a Chimera ever evolve?

Some points to consider would definitely be how the snake tail fits with a mostly mammalian creature and how that goat head is supposed to do anything. I think that evolutionary history would definitely influence the development of anatomy.

You have to start from pretty far back in the evolution history. Organisms with 1 symmetry around the tube going from the mouth to the anus would not work in making a chimera, for obvious reason.

You have to start from an organism with stellar symmetry, and let every "arm" follow a diverse specialization:

The core of the organism would be in charge for assimilation of nutrient, blood flow, gas exchanges, etc.

You can easily have something that looks like a Chimera.
Lets say you've an aggressive ruminant e.g. a rhinoceros or moose, both famous for putting down their head and charging when threatened. It is goat-like, with massive curving horns - this thing exists.

In the same habitat you have a non-top-of-the-food-chain predator which looks like a lion: its weapons are all to the front, where it needs them for hunting.

The lion has evolved a defensive mechanism whereby it inflates a structure on its back which looks like the aggressive goat: any attacker creeping up behind the lion gets a massive shock as it finds a maddened goat & angry snake staring down at it. Such defenses are practical and well documented in nature

So, you have a lion-like creature, which defensively mimics a goat coming out of its back, and its tail has evolved to look like a snake, to deter predators who dislike snakes.

There's your Chimera. As for the feasibility of an animal breathing fire, yes, it's theoretically possible.

No, this could never naturally evolve

For one its a combination of completely different physiologies reptilian and mammalian.

I'm usually open to the endless possibilities of evolution and GE however there are lines. If we are talking 'natural evolution' you have to consider the cause and effect relationship that occurs in nature. The sheer amount of problems this creature has would make this incredibly unlikely.

Is it entirely impossible, no, a creature could evolve mimicking heads as a means of predation through deception. But the odds of this exactly is virtually impossible.

Parasites and symbiotes. Why not one being, but three separate creatures? For instance, the goat like creature attaches itself to the lion-like creature's back. It can either provide no benefit, or enable the lion-like creature to consume meat otherwise too ripe, using the goat's ability to eat anything. The snake (head) can attach to the lion's tail and trade defense of the rear in return for nourishment (blood or poop).

195
How could dragons be explained without magic?
28
Is it possible for a tiger's tail to be taken off and replaced with a living cobra, with both creatures still alive?