My understanding of planet dynamics is very weak, but I want to try and colonize a planet too hot to live on the surface most of the year but cools down during the winter to a manageable temperature.

Is such a planet possible to colonize (and what possible attributes would make it easier)? How would you go about doing it?

Information regarding other attributes of a planet like this (terrain, weather, average vs equator vs pole temperatures) would be appreciated but are outside the scope of this question.

If I were to try to answer this for myself I would imagine that most people would live underground and come out during the winter for travel and trade (vehicles could help travel outside of winter). But I am uncertain if the underground would be cool enough to live year round.

And of course the issue of water. I'm not sure if it would be scarce on such a hot planet. Perhaps there could be enough underground though.

Edit: asking about technology: I don't really care but I'm specifically asking with rather primitive technology in mind. Enough to get to the planet. No terra-forming preferably, unless somehow that's the best option.

Edit: distance to sun during orbit is really the only way I know how to control temperature so that's what I am imagining. If other factors are possible to better make the colonist want to live underground then that is better.

Temperature ranges on the planet (general, like halfway between the equator and pole) would be like 35-40°C during the winter (maybe cooler closer to the poles) and 60°-80°C during the summer (a wider range since I'm unsure what's reasonable for just an orbital shift).

I did find a planet that I thought I could model after somewhat using SpaceEngine, I don't have it on me but it had a 12 year solar orbit with average temperature going from 41 winter to 50/60°C summer. I think the atmosphere wasn't desirable but that's kind of where I started with thinking about all of this.

Without knowing why your planet's surface is so hot it's difficult to answer, but in general yes, digging down should provide permanent relief from the surface heat.

An orbital solar shade would let you control how much light, and therefore heat, reaches the surface of the planet. 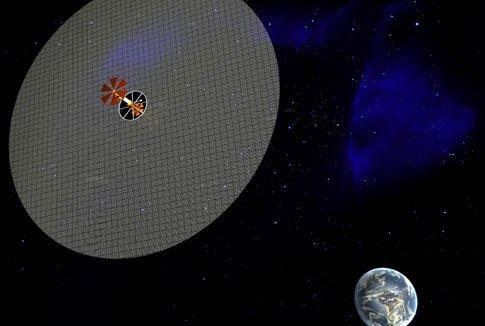 Place it in geosynchronous orbit (Lagrange 1 would be ideal) and build it large enough to cast a shadow of diffused light on the day side of the planet.

Not the answer you're looking for? Browse other questions tagged planets colonization or ask your own question.

14
Could a cold planet (tundra) develop and maintain a breathable atmosphere for humans?
7
What is the expected terrain for an arid highly eccentric Earth-like planet?
6
Seasonal progression for an Earth-like planet with wobbly axis tilt?
7
Would a planet with a 4 year solar orbit have differing seasons?
12
Single biome (hot) desert planet, possible?
2
Hot north and cold south?
4
Preparing human colonists for a desert planet with a red giant
5
Uninhabitable Equator