Which upper limb layout for a winged humanoid works better for both flight and using the arms? [closed]

I've recently come across some really nice skeletal artwork of winged humanoids, and a couple pieces in particular have got me thinking.

Deviantart artist Blue-Hearts has created this turnaround piece of their winged human concept. Here's an older piece focusing on the shoulder anatomy. 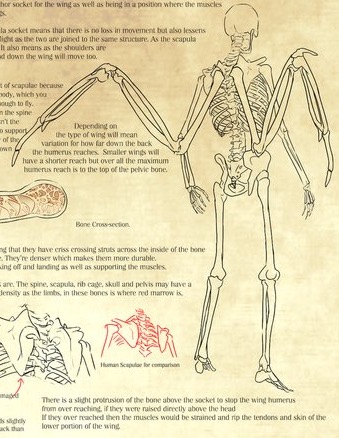 Here is a muscle study done by the same person.

The shoulder anatomy is what I want to talk about. A lot of winged human concept art I've seen will have two sets of scapula (one for the arms and the other for the wings). I'm quite partial to Tumblr artist JayRock's interpretation. 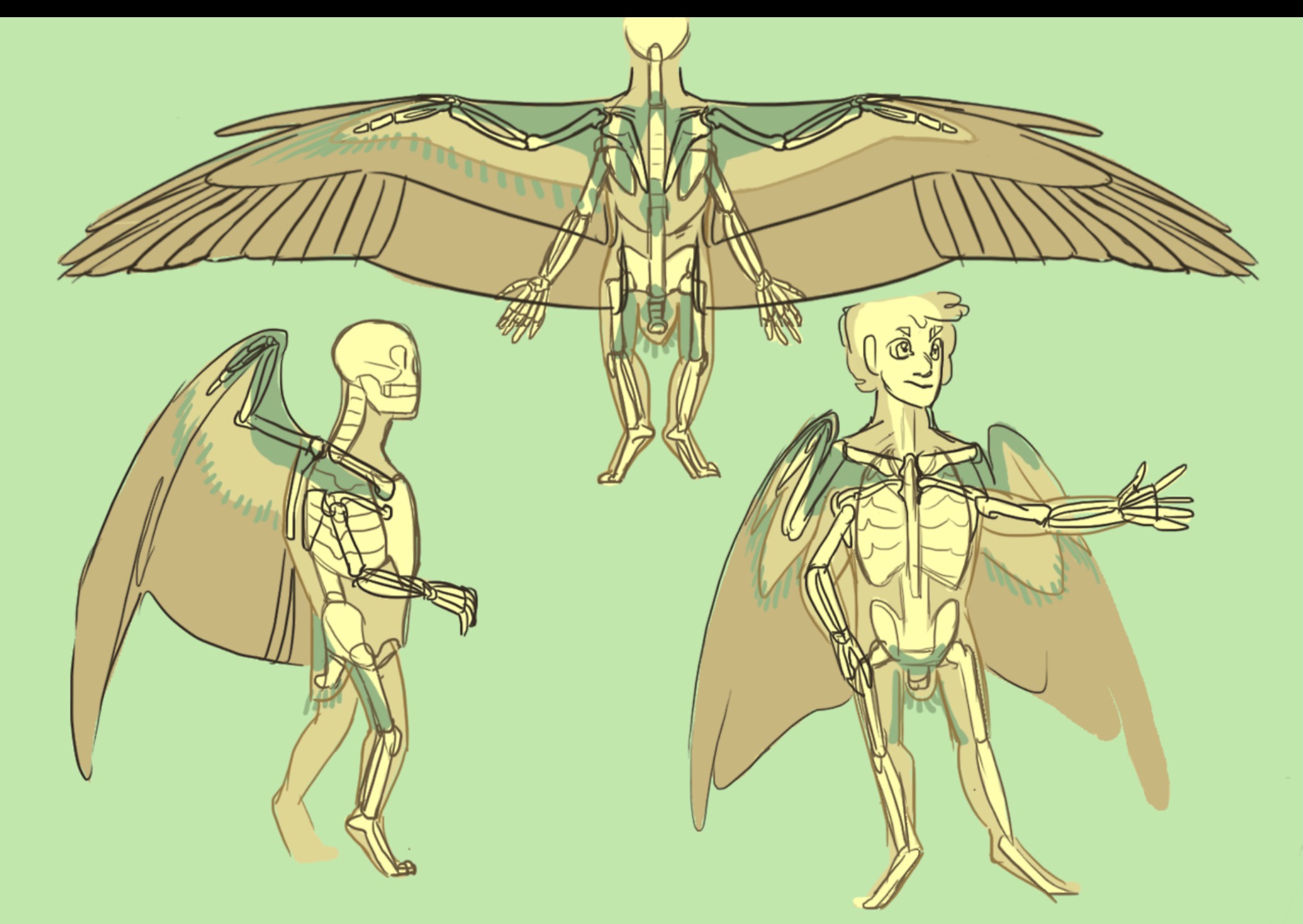 This muscle study is of a different character, but it's based on the same principle. 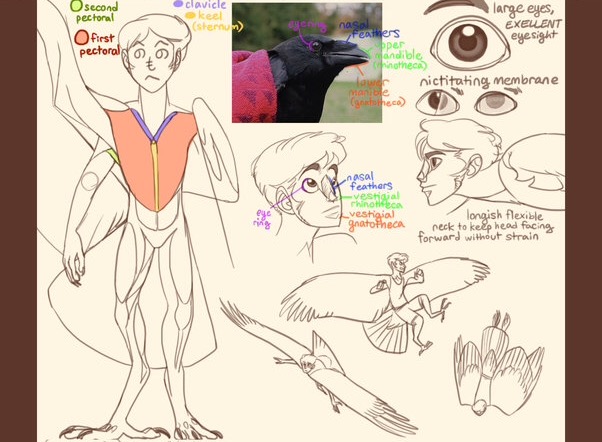 Blue-Hearts concept is a little closer to how classical depictions of angels are done, with the wings being on the same shoulder girdle as the arms.

To be clear, I'm not saying either design is wrong. It's hard say something is unrealistic if it doesn't exist in real life. I think that the way both artists have done their anatomy is very well done.

Some things to keep in mind when answering

Now, I've always imagined winged humans as having wings like eagles or condors and adopting a gliding/soaring type of flying. They probably wouldn't take off from a standstill, instead they would probably need to run and jump to get the necessary momentum to get going.

However, flying is only one part of the picture. Most winged humans in fiction that I've seen also use their arms and hands like a regular human.

This leads into what I want to ask about. I want these winged humans to function under these parameters:

With the wings and arms set on the same scapula, I'd be worried about how the arms would be jerked around when the wings flap.

Conversely, the issue I have with the two shoulder girdles is that if the wings are the upper set, the arms may not reach the face or behind oneself as easily. And if they're on the bottom, the wings might not fold up as easily (depending on design of course).

Additionally, the way the arms are set up could have a lot to do with how well the winged human can fly. Even if they adopt a gliding style of flight and ride thermals to help gain height, they would still need to flap their wings. Either setup might have the arms impeding that motion.

Therefor, my question is this:

Which upper-limb arrangement would work better for both gliding flight and life on the ground?

I intuitively favor the single scapula approach because it cuts down the number of bone-tenon interfaces between the weight-bearing wings and the torso's center of body mass. Having solid bone between those two structures means that "pulled wing" injuries could only occur at the wing-shoulder sockets. Separate scapula add a second layer of injury potential to the connective tissue between the two types of scapula.

If you are concerned about arm movement during flight or arm freedom of motion in association to wing position, add another elbow joint to the upper arms and surround it with flexible muscles specifically adapted to resolve those issues.

Not the answer you're looking for? Browse other questions tagged reality-check creature-design flight anatomy humanoid .

34
Anatomically correct multiarmed humanoids
11
Could a hexapodal bat actually fly?
5
Would human-avian hybrids be able to preen themselves with just their hands?
3
Can this type of winged humanoid possibly work? See diagrams
7
What practical forms can a "branch-tailed" organism have?
28
What clothes would flying-people wear?
7
Anthropomorphic flying squirrel, gliding capability
8
Naming the "hand" of a humanoid bird
1
Using winged-quadruped anatomy for many-winged fliers