Is it possible to have detachable natural armor?

This is a partial extension to this question: What kind of natural armor would stop bullets?

I was wondering if a creature could grow armor in such a way which would allow for it to detach a portion of the armor, and use it as a shield. It does not need to develop naturally, we have bio engineering on our side for this question. A couple requirements:

UDATE: The reason detachable armor is developed is for inter-species fighting, where in some scenarios its helpful to have more forward facing armor, kind of like how knights used shields, even though they had armor. It would also work as "deployable" cover in times with guns, so those with lighter armor could still be protected from hostile fire.

Not every creature gets the detachable armor, just like not every human in medieval times got a massive shield.

I'm going to suggest a parasitic symbiosis as the solution to this, the armoured "shield plate" on it's back is not in fact an integral part of the creature but is attached leech-like to its host. When circumstances warrant the host can send a chemical signal that loosens the shield's feeding tubes and allows it to be pulled off and used to shield the front of the host rather than its apparently less vulnerable back. When the danger is past the plate can be reattached to its feeding points and heal up/grow on until next time.

Do note that if this creature misjudges the situation it finds itself in then popping its back plate is probably going to get it killed in short order.

Crustaceans do this routinely. 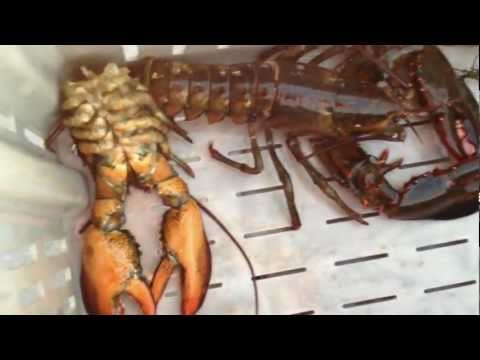 When crustaceans grow, they outgrow their shell (their "armor"). So they split it, crawl out and grow new. There is a period once they are out when they are soft - the carapace or shell must harden over some hours.

This is not exactly the same as the OP requests since the lobster cannot put it back on. But it is armor and it is detachable, and I can imagine something like a hermit crab carrying its old armor in front of it or on top of it like a shield. Some crustaceans (and also some sea urchins) put stuff on top of themselves for camouflage / armor - this hermit crab is carrying a fire urchin, which I think is about the most awesome shield a crab could have. Good looking too! 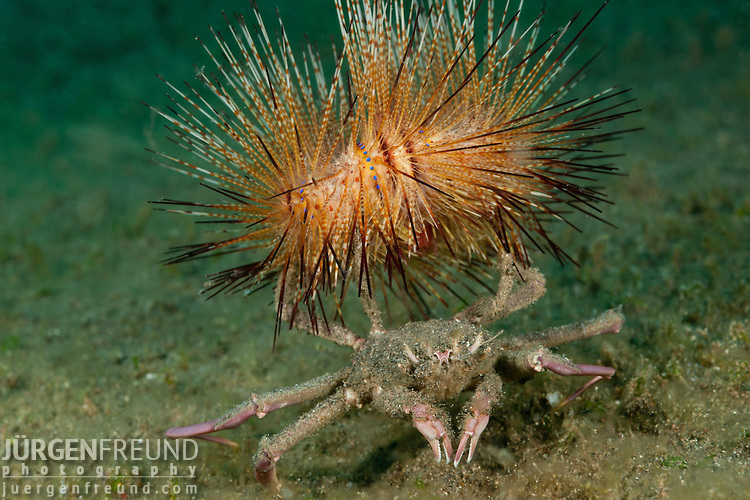 Yes but it's tricky to pull off

This shield needs to do a couple things to be worthwhile.

A couple things need to happen to make the shield useful.

This is cool, why tricky?

It's awkward because usually you want armor all over. Also, there's no precedent for this anywhere in real life. You want armor to stay attached for the life of the creature. If additional armor is required, it just grows in that location. There are a lot of bioengineering challenges that will need to be overcome to make this work. The creature would need to be designed specifically to its shield. Also, all the tissue in the shield will need to be able to thrive in an an anaerobic environment for hours or days when the blood supply is cut-off. This likely means that regrowth will stop during that period.

Here is a link to an article about a recently discovered gecko as of February 2017 (Could be earlier) http://www.cbc.ca/news/technology/new-species-gecko-tears-off-skin-1.3971889

It fits your criteria 2/3 times. This armor doesn't cover the whole body (I may be wrong though about this one), it detaches really quickly, and it regrows in a few weeks. Unfortunately they cant be reattached.

About the bullet proof thing, there may be a workaround. Chitons are mollusks that make their own teeth out of magnetite which is the hardest material made by a living organism. If you could have a combination of the Gecko and Chiton, there you have it, Regenerative, Detachable, Possibly Bullet Proof, Natural Armor

Treat this shield more like the shell of a mollusk.

could attach and detach from the shell via a muscle

Perhaps something along the lines of a rattlesnake's rattle. This forms when the snake sheds its skin, and a bit remains behind on the tail and hardens to form another link in the rattle.

Granted, a rattlesnake's rattle isn't exactly armor (although the sound definitely serves as a warning), but a theoretical creature could shed a skin or shell that hardens like the rattle, and then carry that around. Bonus would be - it would get a new shield periodically, in case the old one was damaged or lost.

Many shell animals like oisters have a muscle that is attached to the uppershell. If instead it can grab hold of it and also let it go, you can have what you want.

The armor would grow on a piece of flesh/skin that creates the armor substance. This piece is connected by detacheable bloodvessels, and the small area between the pieces is covered in mucus and such against infections.

The creature can have it's muscles let go of the armor, the bloodvessles detach and the creature can take it off. If you have similar armor pieces at various places, you could replace a busted piece of armor with a new piece, allowing the busted piece to heal on a less vital/less likely to hit area. Or as mentioned you can carry the piece of armor as a shield. When re-attaching a piece of armor the bloodvessles also re-attach and whatever constricted it lets go. It's likely that the muscle(s) holding on to the armor will simultaneously support bloodvessles and nerve endings that connect to the armor. Its also smart to have dozens of small muscles hold on to the armor and to have the muscle basically lock a bony potrusion in place so that it doesnt have to expend energy holding it. Another advantage of this is slight movement capability of the platings to increase or decrease agility. Decreasing agility can help with adding more forces when pushing or lifting for example.

Many operations on arms and legs happen by first taking the blood out, these operations can take up to 7 hours before the bodypart starts degrading permanently, so a piece of armor would likely survive for as much time as well. 7 hours is more than enough time for a battle, or temporary re-attachment.

a limb that folds back onto the creature's back, and with its extension shaped like a shield, would work. For example many kinds of crabs have one of its pincers very large to plug up the hole it lives in. When the creature is at rest, this limb folds back and functions as additional back armor/for easy carrying, and when in use, unfolds and docks to the creature's forearm, giving the impression that it is taking off a shield from its back.

Not the answer you're looking for? Browse other questions tagged science-based biology xenobiology genetic-engineering armors .

63
What kind of natural armor would stop bullets?

31
How do I encourage fully armored knights to carry a shield
4
Can graphene claws cut through steel armor
6
Disposable/reabsorbed organic body armor in altered humans
3
Could natural armor plating protect a creature from radiation?
20
Shield only combat
16
If it could be shaped, would chitin from giant insects make decent body armor?
7
Usefulness of shields in future wars