Flying Mammal Roughly The Size of A Large Dog

I am building a world where most of the wildlife is capable of flight and there is an ecosystem that is almost totally isolated from the ground. Is it possible to have a mammal, roughly the size of a labrador retriever, be capable of gliding and landing softly on the ground, without any injury? I am currently thinking of a flying squirrel and bat hybrid, however with hollow bones to make it lighter. But could hollow bones support the weight of such a animal? Could it be possible to have solid bones in areas like the leg, and hollow ones in other areas?

The world would be exactly like Earth in almost every way, including air density and gravity. The mammal can be the size of a border collie, but it needs to be larger than a falcon and any bat or flying squirrel. It is also predatory.

To get both lighter gravity and higher pressure, make your planet larger, but lower density.

The largest birds I know of are condors and albatrosses. I've found one mention of 15 kg -- 33 pounds. Weight of a small border collie. These birds do not actually fly much, so much as soar. They are very good at finding and using updrafts. And for these critters we're talking wingspans of 10 feet. This is not a critter that maneuvers well through the treetops.

While lighter bones will help, especially if they are built like trusses, and not like columns, most of the weight is muscle. So things you can do to make a larger flying critter possible:

A 'tree top' ecology would also have room for really good jumpers. Think in terms of self contained catapult, where the muscles can ratchet back tendons to store energy, and then the critter leaps. Grasping limbs would be optimized for shock absorption to catch branches on the other side.

According to Wikipedia, the Andean Condor is about 2 to 3 times the size (not weight) of a Labrador.

As Fleon mentioned, the Pterosaur flew on earth. It is estimated to have weighed 250 kilograms, according to wikipedia. There certainly were some with a wingspan of 10 feet or more.
https://www.livescience.com/24071-pterodactyl-pteranodon-flying-dinosaurs.html

So lab sized seems easy to imagine, and sure, there is no reason to suppose it couldn't safely land.
As far as hollow-bones go, they'd definitely be an advantage for flight. To continue with the pterosaur example, it could likely also could run on the ground, using its wings like front legs.
It may be possible for a solid-boned creature of dog-size to fly, but easier to go with hollow bones.

I am going to base my reply by incorporating some of the information supplied in other questions, and adding some input of my own.

As mentioned by Fleon and Vincent the pterodactyl (member of the pterosaur family) was quite large, and was capable of gliding and/or flying.

As mentioned by James McLellan the Andean Condor is larger in size than a Labrador, but does not definitively say that it weighs less, but it probably does. (Fact check: Male Labradors weigh between 29.5 and 36 kg, while an Andean Condor weighs in at up to 15 kg).

And then of course there are bats - mammals capable of true flight, but usually quite small. Bats do not have hollow bones, but their bodies are tiny compared to their wingspans. (Fact check: The largest bat is the giant golden-crowned flying fox with a wing-span of 1.5 to 1.7 m, though they are very light, weighing 0.7 to 1.2 kg).

So the short answer to your question is Yes it should be possible. But what would the survival imperative be to develop the ability to fly or glide?

One might be the presence of very large, prolific burrowing carnivores. That would be a great motive for getting off the ground and staying off it.

Fact checks provided aided and abetted by @Mauro, so thanks again!

Your suggested size is not an issue.

I would say that this albatross is roughly the size you're after? 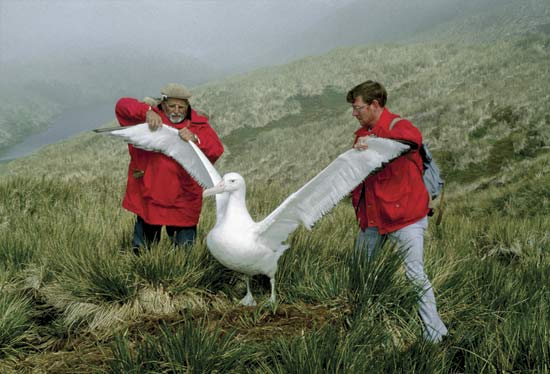 The existence of the albatross in real life proves that the size of the animal in no way precludes it from flying.

Not convinced? How about this bad boy? 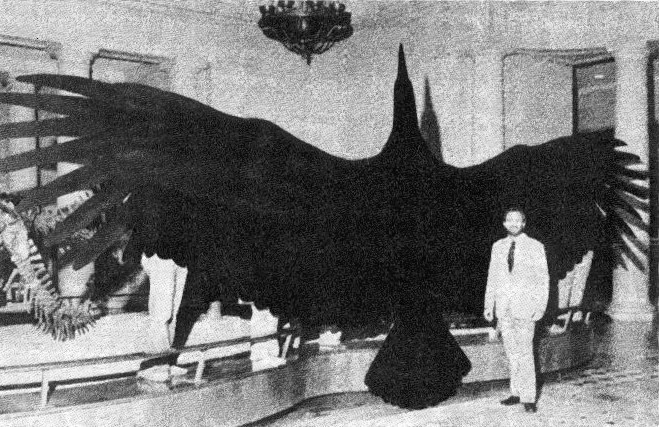 That's the Argentavis Magnificens, and it is massive.

The Andean Condor was mentioned in another answer and is an equally relevant addition to the list of massive birds.

I don't think they are necessary. There are a few interesting things to note about hollow bones, and I suspect these differ from your current interpretation of why hollow bones are useful:

With hollow bones a bird can fly very long distances without getting worn out from carrying its own weight.

The benefit from hollow bones isn't so much that they allow you to fly, but rather than they minimize exhaustion. Once you're flying, your torso is essentially suspended from your wings. The heavier your body is, the more stress that puts on your shoulders.

Unless your flying mammal is capable of long-distance flight, the hollow bones don't seem all that necessary. But there's nothing wrong with giving the animal hollow bones.

You might think these bones are fragile, like empty egg shells, but birds can't afford to have bones that break easily. The hollow bones are supported by internal struts – structures inside that help brace the bone so that it can withstand longitudinal pressure (pressure along its length).

As per your question:

But could hollow bones support the weight of such a animal?

Given the explanation quoted above, I'd say that the hollowness of the bones does not meaningfully affect the animal's capability of supporting its own weight.

Those are massive birds, which proves that it's possible.

Do note that there are no currently living flying birds that weigh more than e.g. a labrador. It seems that heavy flying creatures are at a disadvantage (unless they went extinct for an unrelated reason?).

But that doesn't mean that yours can't exist. You're talking about a completely different ecosystem where most of the wildlife flies. It's perfectly possible for a heavy flying animal to not go extinct.

The largest flying animals weighed 500lbs and were the size of a giraffe, on an earth like world a dog sized animal (whether chihuahua or great dane) is no problem whatsoever. 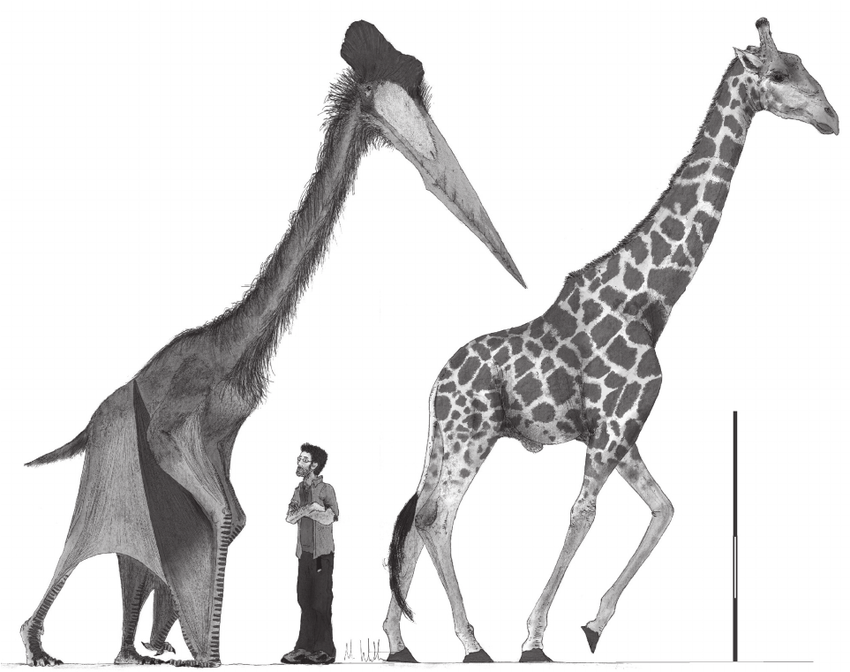 Let's be clear hollow bones let you be bigger for the same mass, it is why a giraffe sized animal only weighs 500lbs. All animals with hollow bones have a mix of solid and hollow bones, not all bones in a bird are hollow so you can mix them up just fine. There are also varying degrees of hollow cormorant bones are much thicker walled while still being hollow.

The only issue you have with hollow bones is mammalian breathing does not work with air sacs (hollow bones need air sacs to be hollow), but your alien life is not earth mammals (even if they look like them) so you can give them a bird like breathing system with no issue.

Not the answer you're looking for? Browse other questions tagged biology xenobiology fauna or ask your own question.

23
What is the maximum size of a flying creature?
6
Biological and ecological considerations for a giant worm
9
Alien Wings, a Different Design
11
Viability of Scansoriopterygid wyverns
17
What dog breeds survive the apocalypse for generations?
7
Anthropomorphic flying squirrel, gliding capability
8
Can a horse-sized flying creature grab and carry a human's weight while flying?
1
Creating a Dropper Predator
5
Explaining Dragons
16
If Spiders Were the Size of Horses, What Sound Would They Make?