Let's say you were living on a planet near (but not too near) a black hole. I'm thinking of the planet Miller in the movie Interstellar.

Obviously there are some strong tidal forces. But at this distance, Spaghettification shouldn't be an issue.

Are there other physiological effects that denizens should be aware of?

Yeah, it's kinda difficult to answer. Twice I wrote a quick, dismissive answer, to the effect that the planet would be ripped apart by gravitational tides, or have waaay less time dilation than the 61000 factor presented in the movie, and twice now I deleted it.

If it were using the physics of a simple 40 solar mass non-rotating black hole, the planet would stand no chance. However, the black hole, Gargantua, seems to be of the supermassive type (i.e. galactic core) and rotating incredibly fast, so the more complicated Kerr metrics rather than the good old Schwarzschild metrics apply. You'd be forgiven to think: larger core, more spaghettification. But that's not actually the case, at least not in the relative proximity of the event horizon of a giant rotating black hole.

If you read Kip Thorne's book the Science of Interstellar, he has Miller's world at the outer centrifugal balance point. Even so, the gravitational tides are so intense, the planet is tidally locked to Gargantua, and severely tidally deformed into an oval. The more interesting bit is that since Gargantua is a supermassive black hole, to get the time distortion factor, the planet must be relatively close to the horizon. To be relatively close to the horizon and in orbit, it must move fast. Since Gargantua has about a billion km circumference, the planet must orbit in about 1.5-2 hours (from the perspective of someone on the planet), so about half the speed of light. From the perspective of someone further away from the black hole, the time dilation effects will make the world appear to orbit, ugh, the maths become impossible for me here due to the spinning of the massive black hole, so I'll take Thorne's word for it: it would seem to orbit every 100 miliseconds, appearing to achieve effective superluminal speed. Of course, escaping the Gargantuan gravity well to get the Ranger off Miller's world and back to the mothership would be a task well beyond 21st century technology. This was handwaved in the movie, of course (what was it, neutron star slingshots?). 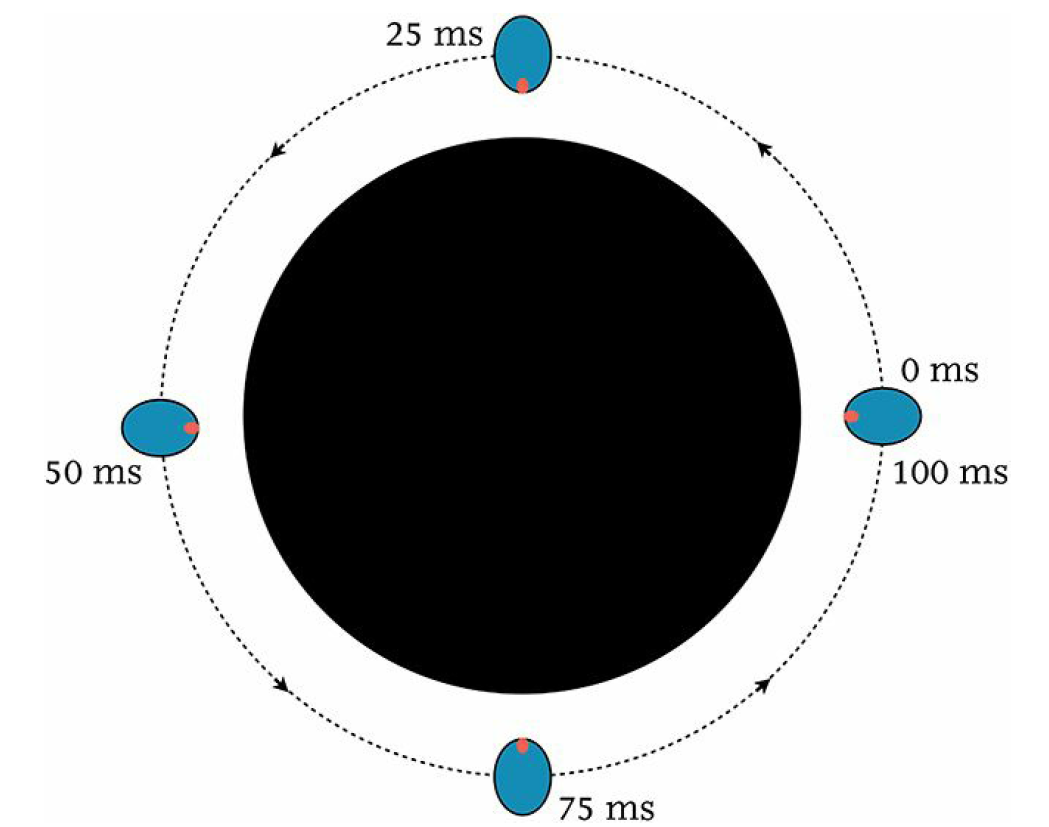 Image from Science of Interstellar

None of this is enough to kill you. However, to get the time dilation effects, you gotta be close to Gargantua, deep down its gravity well. So far down that the accretion disk would be outside Miller's orbit, and the black hole should take up half the horizon (unlike what is shown in the movie). That close to Gargantua, and with Gargantua having a giant accretion disk, the X-ray radiation from the magnetic field of the black hole sweeping that accretion disk would be tremendous. Of course, you can claim (like Nolan) that the accretion disk is really really anemic, and thus a lot colder than normal accretions disks would be...

Edit: Come think of it the magnetic field of the black hole would itself be spectacularly high as well. It'd be like being inside an MRI machine.

Moreoever, if the planet was formed in place, rather than captured, it's subject to the same 61000x time dilation from the start. For a 12 billion year-old black hole from our perspective, that would be, 200,000 years old. How did Earth look like when it was 200,000 years old? I'd wager it was pretty hot. Of course, you could always argue it was captured later on... Nonetheless, any incoming material (all that in-falling garbage of comets and asteroids) would be coming in at relativistic velocity, accelerated by the black hole. At those speeds, a comet-sized impactor wouldn't just kill off the dinosaurs, it would remelt the planet.

So, in conclusion, rather than a waterworld, it would much more likely be a radiation swept molten rock horror.

Not the answer you're looking for? Browse other questions tagged earth-like biology black-holes or ask your own question.

12
Could life evolve in the degenerate era of the universe?
5
What is the best planetary orbit around a black hole in order to support life?
1
Blackhole Effects on World