Can a Society of Barbie Dolls Make a Network of Aerial Cable Cars?

When I was a kid, I conceptualized a post-apocalyptic story entirely starring Barbie dolls. One idea I had about how they would live and get around involved transmission towers, or power towers. Imagine something like this. Note: By the time they started living there, the power lines had long since stopped working.

These dolls would be as smart as humans, but can only lift about 5-10 pounds. They're functionally immortal, since only way to kill one is to completely destroy it by setting it ablaze. They eat, drink and sleep to maintain their energy levels and keep their strength up. Not doing it won't kill them, but will make them very tired and weak.

The idea was that somehow they were able to live in different parts of this tower (with branch platforms or nets and hammocks) and get to different floors with stairs or an elevator up the side or down the middle of the tower.

However, the main benefit to living in this power tower that I thought of was to create a system of Gondola lifts or Cable cars to travel from one tower to another with the power tower's wires. Looking back I don't see how I thought that was supposed to work. But that's where you come in!

How could a society of Barbie dolls build and maintain a system of Aerial tramways connecting a bunch of power towers?

Most cable cars and gondolas tend to use moving cables, although designs with a static cable are possible and some are actually used by Nation Grid for inspection and repair.

This would make using them as a cableway difficult. 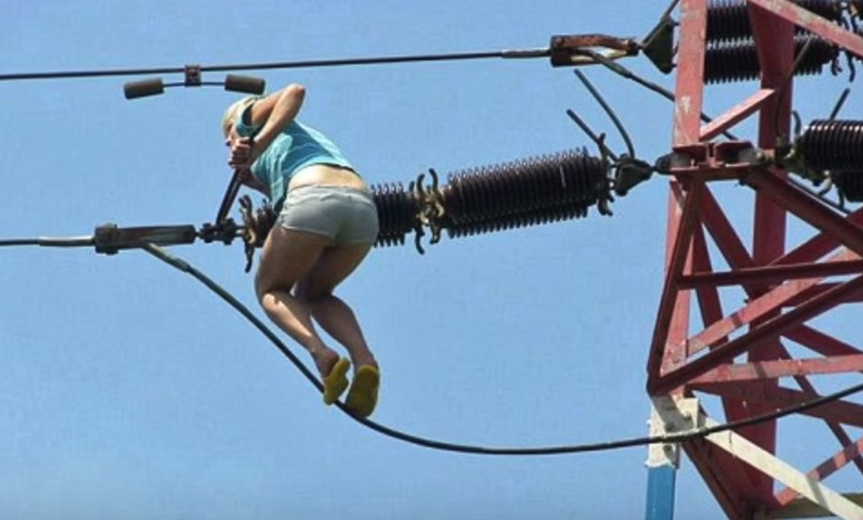 But some would still try it... (she was later rescued)

Not the answer you're looking for? Browse other questions tagged reality-check technology engineering transportation or ask your own question.

17
Self-sufficient Ark
4
Crystal-ball: how much longer will we be using cars recognizable to today's society?
2
Would a society that functions on knowledge work?
7
Mobile phone with tower independent long distance communication features
1
Feasibility of a civil control system on a interstellar society and how to integrate it to society without facing opposition
14
Train-World: Storing RHUs for decades to centuries
25
Moving between levels in a gigantic tower-world?
6
Post-apocalyptic aircraft
7
Could people feasibly have gems implanted in their bones?