Where Would a Mermaid's Blowhole Go?

Whenever people discuss mammalian-type merfolk, I usually see them be modeled after cetaceans like dolphins and whales. This is perfectly serviceable, but there is one piece of anatomy that I cannot figure out how to apply to a mermaid: the Blowhole.

As to why a mermaid would have a blowhole, the reasons I can think of mostly revolve around sleeping and energy conservation. Whales sleep in short naps close to the surface of the water, so they can take breaths if they need to. As for energy conservation, I think it would take more energy to tread water and keep a mermaid's whole head out of water than to just pop up and use the blowhole.

Hence my question. If a cetacean-based mermaid had a blowhole, where could it go?

Why would a mermaid have a blowhole? A blowhole is a cetacean's nose, where as mermaids are generally depicted as having human-like facial features including a nose. Remember that you don't need to tread water in an upright position to breathe, you could also breathe on your back. If mermaids have any different sort of respiratory apparatus to humans, then it's generally depicted as gills.

If your mermaid had both though, then the back would probably be the sensible point to maintain a relatively human-like anatomy - the back of the head would also work, but create issues with where the connection would be vs the bits that already live in that part of the anatomy (brain and spinal cord).

I concur with Matt Bowyer here;

A blowhole is the hole at the top of a Cetacean's head used for breathing (Fig. 1). It is a homologous structure to the nostril in other mammals. When Cetaceans reach the water surface to breathe, they will expel air first to remove any water from blowhole before breathing in. Air sacs just below the blowhole can be used by whales for vocalization and/or echolocation.

Instead, mermaids are generally depicted to have fishy/cetacean's structures from the waist down, excluding hence the nostrils altogether (Fig. 2). 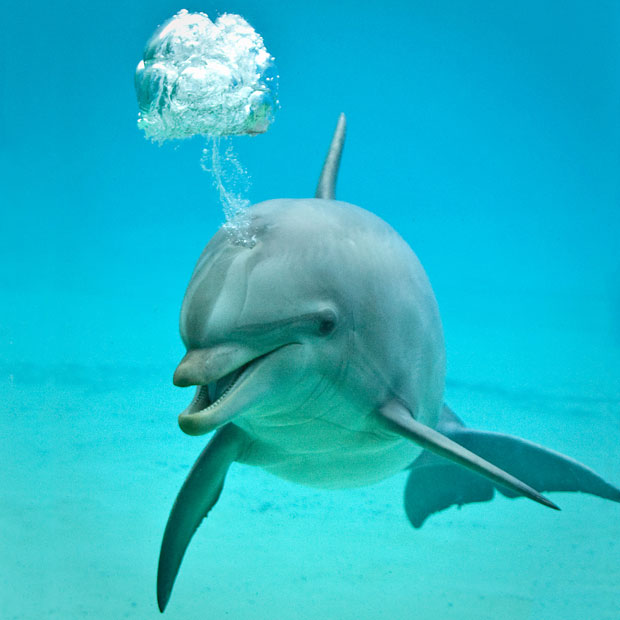 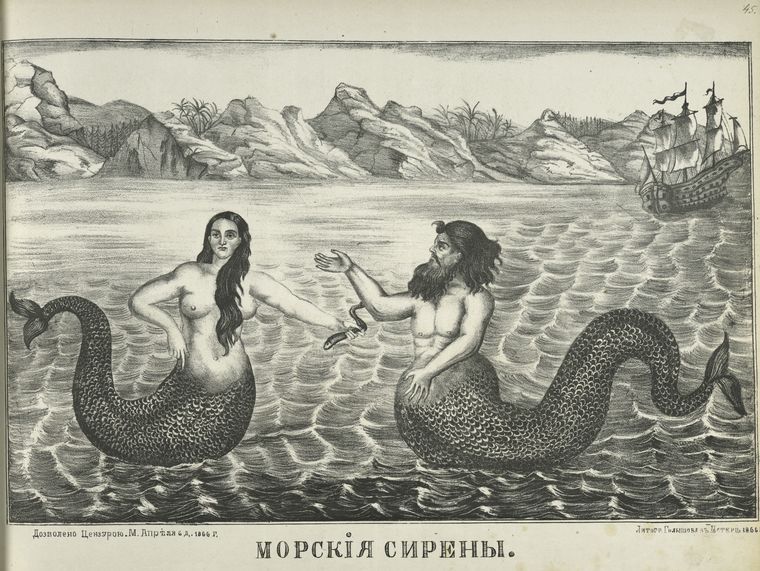 Previous answers have given the back of the head or upper back as a logical location. In The Cabin In The Woods, one character is killed and eaten by a merman (in this clip), which snorts blood out of the blowhole in its upper back.

I realise this isn't much of a citation, being fictional, but it does show a fairly realistic depiction of a merman.

One of the things to consider is how your merpeople were created. Decide on your creation-story, and that will give you your permissible range of variation.

So, blowholes are unlikely to get much behind the eyes, as in order to do so, they'd have to migrate outwards, before upwards. They are definitely not likely to split up, migrate entirely around the brain, and start coming out the back of the neck, for example.

But there's a way that could happen: a mermaid's smile could grow wider, and she could breathe out of the sides of her smile... even if the smile eventually went to the back of the neck, with floppy lip-jowls drooping down and covering it. Soft-tissue changes are much easier than bone, after all.

If, on the other hand, they were a magical amalgam of fish and woman, then they would operate however the creating wizard chose.

An important consideration is how long you expect your mermaids to remain submerged — orcas, with much larger lungs than humans, can only hold their breath for 15 minutes or so. If you’re imagining mermaids staying underwater for longer than an hour, but have a smaller lung capacity than sperm whales (which can hold their breaths for up to two hours), you’ll need some other way for them to keep oxygenated: gills, say, or underwater air sacs. If you’re imagining them living at or near the surface like dolphins, or transitioning from land to water like walruses or penguins, then breathing through the mouth will probably be just fine.

A mermaid's blowhole could be on the top of the head, with the internal tube in between the two hemispheres of the brain, in front of the corpus callosum. I don't think this could happen in a monotone or marsupial, due to the different brain structure

Not the answer you're looking for? Browse other questions tagged reality-check biology fantasy-races merfolk .

5
Would mermaids be able to sleep?
12
Would an average seawater mermaid be any larger than its freshwater counterparts?
9
How to explain a mermaid's tail morphing into legs and vice versa?
14
Would evolution select for mermaids without breasts?
1
What would a Mermaid’s taste buds be like?
7
What effect would living underwater have on a mermaid's skin?
24
Fantasy Macro Economics: What would Merfolk trade for?
2
Species where every individual looks the same
3
What pressures would lead to the evolution of merfolk?
2
What is the most vertebrate way a mermaid's bone structure could develop in an embryo?