Could a Saturn-like hexagonal cloud be possible in an earth-like planet?

Yes. Vortices on earth or anywhere, large or small can form polygons with up to 6 sides.

The linked video shows a spinning vortex in a bucket taking on polygonal shapes with up to 6 sides. https://vimeo.com/38921493

I must admit that although they demonstrate these polygonal vortices in their bucket with a rotating bottom, it remains unclear to me why the shapes form. Definitely each shape is associated with a given rotational speed. Perhaps the shapes have to do with rebounding of certain wave frequencies back into the ring to form standing waves - as seen in this excellent youtube video of a dish of water excited by sound waves. 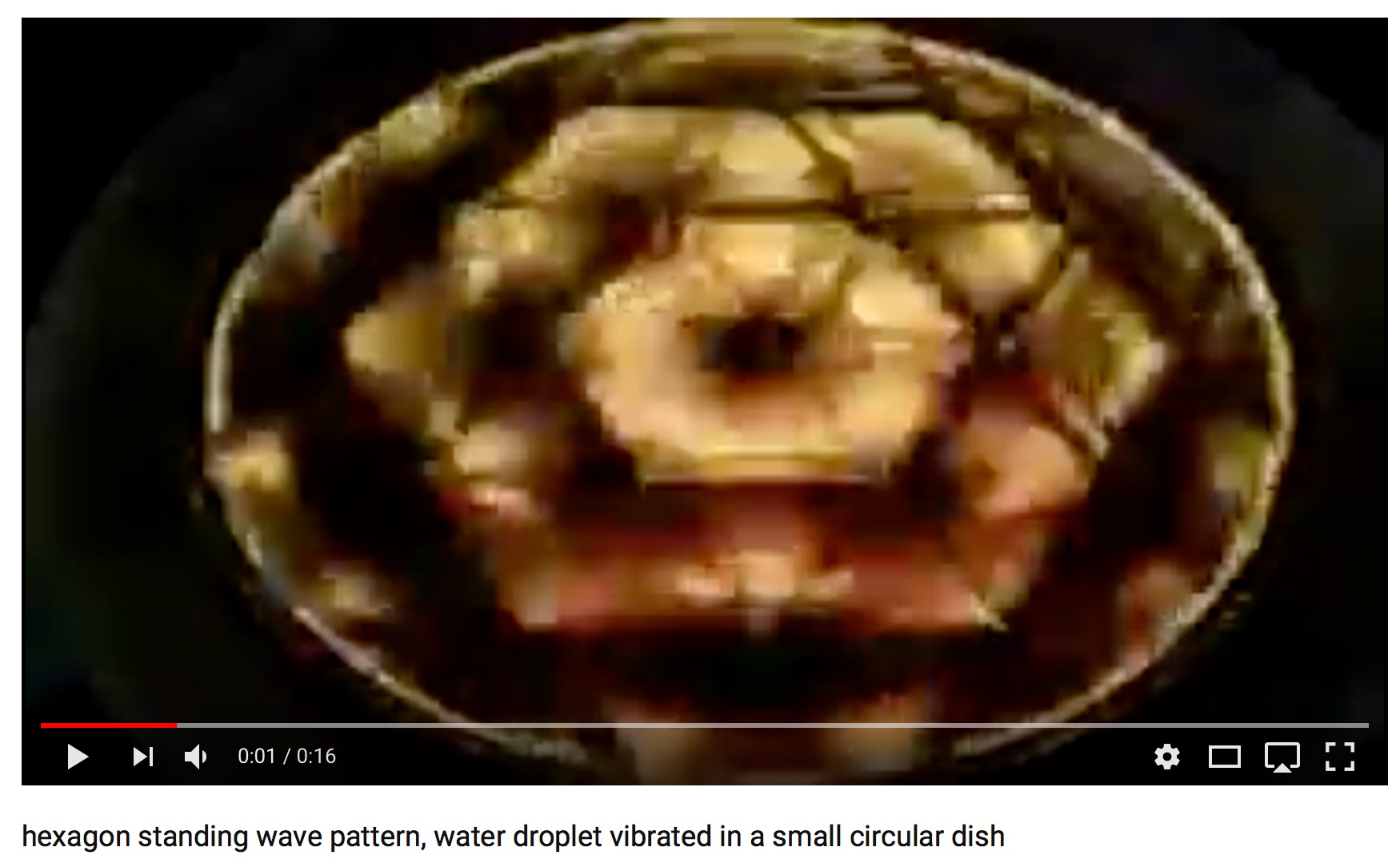 Following this reasoning, one would predict polygonal vortices would sometimes be observed on earth. And they are.

Curiously, these mesovortices in the eyes of very strong hurricanes sometimes take on polygonal shapes... Indeed, eyes with polygonal shapes ranging from triangular to hexagonal have been observed on high-resolution satellite imagery. Granted, the sides of the polygons sometimes don't exactly connect, but this imperfection should not dilute my message here. 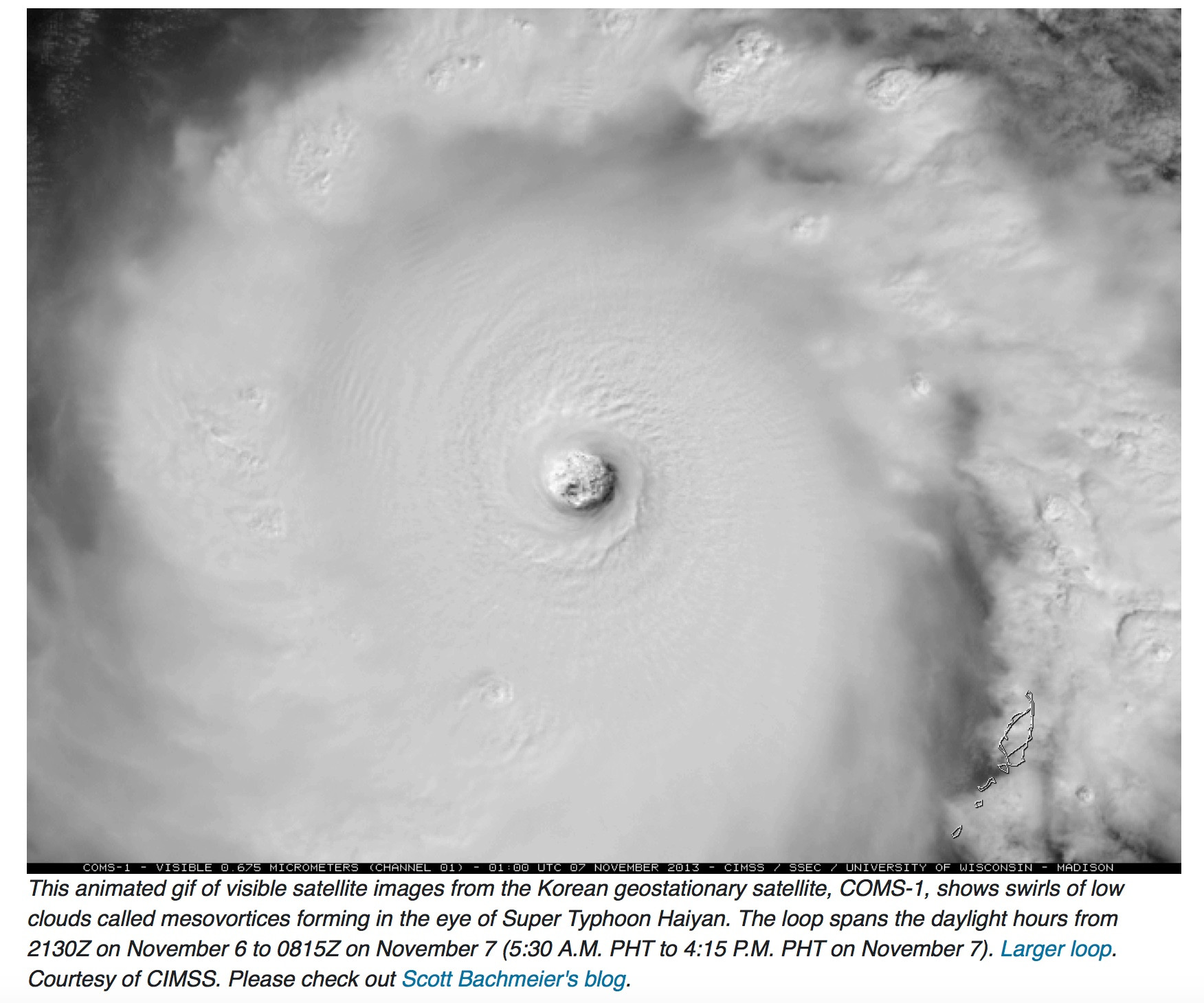 Re: freezing a cloud in the sky.

If the circumstances that give rise to the cloud are related to an immobile topographical feature on the ground, the cloud will also be stationary or "frozen". An example of this are lenticular clouds. 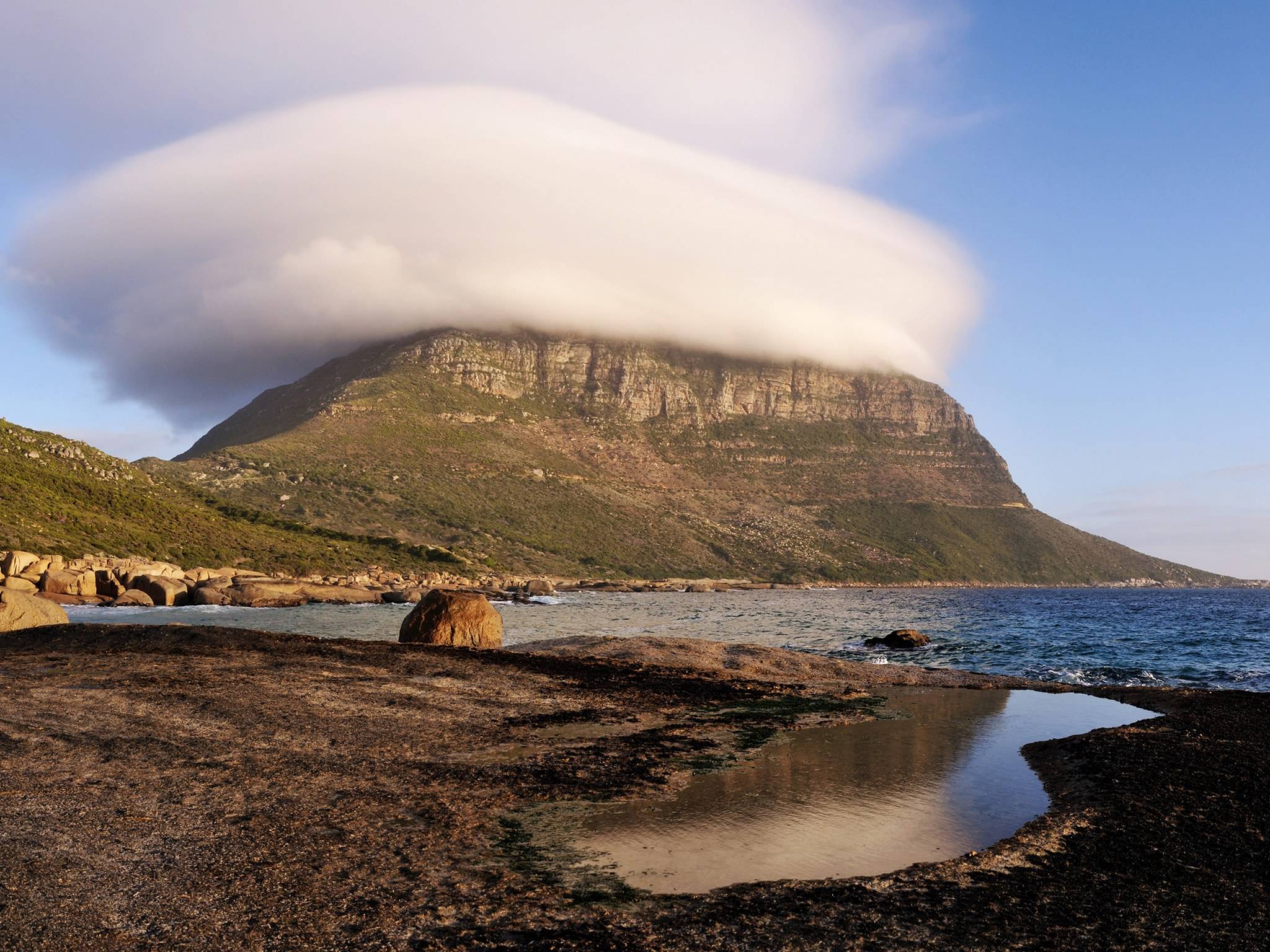 Depicted: Table Mountain in Capetown which is apparently known for frequently hosting such clouds. You can find lots of images.

The lenticular cloud is formed by moisture-laden air hitting the mountain, being forced up, and then reaching a point where the temperature causes the moisture to condense into a cloud which sits there on or just over the mountain. I found a quote which notes such clouds are permanent in the same way a waterfall is permanent - individuals drops of moisture condense and move away but the formation appears static because it is continually replenished from new moisture.

We don't understand why Saturn has a hexagonal cloud but it is unlikely that the same mechanisms would form a cloud on an earth like planet.

However, mountains and the presence of water and other terrain features can shape cloud formation so I think it is likely that you could get Hexagonal cloud cover if you had the exact perfect terrain.

Secondly, while you cannot technically freeze a cloud (The cloud will move with the wind or tend to disperse. There are places on the earth that have cloud cover 97% of days. So if your terrain generates cloud cover as fast as it is dispersed you might get cloud cover very close to 100% of the time.

-We dont fully understand the process of how Saturn has a hexagonal cloud.

-On Earth there is a phenomena that results in a aerial hexagonal structure called an Air Bomb. This isn't a cloud more the absence of resulting in that geometry. This does show one way a natural process can result in that shape. So theoretically it is plausible you could create such a cloud by trapping a cloud in a honeycomb of air bombs.

-Can you freeze a cloud? No, what is it called when a cloud gets frozen? SNOW

-You dont need to freeze a cloud to block out light, just make it thicker/denser. 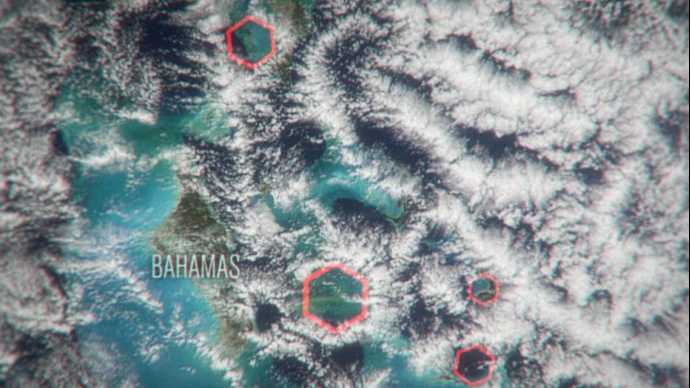 Typical Earth-like clouds are formed from the mixture of warm moist air with cooler air, and their movement across the globe is caused by wind forces. You could create a terrain that feeds the warm wet air from below and funnels the surrounding winds into a vortex to keep the clouds in place.

There are also clouds of smoke and dust. Once you create the dust cloud it could be corralled using winds as well, or perhaps some kind of electostatic or gravitational field local to that area of the globe.

Not the answer you're looking for? Browse other questions tagged planets clouds or ask your own question.

11
Is it possible to block light from a planet temporarily with stardust?
3
Would light reach the surface of a planet with a 1 million kilometers thick earth like atmosphere?
3
I want a layer out of frozen clouds floating around my planet. How could that work?
4
Is it possible for a planet with life to orbit around a white hole?
11
How can I tell what my ringed planet will look like from the surface?
1
Clouds on a planet surrounded by a giant “meridian” wall
12
Thunderstorms, 24/7
4
How to get time to pass faster on another planet compared to earth?