Would a tank with a cloaking device be pointless? [closed]

I know it could probably fire the first shot without the enemy seeing them but after it starts firing, would it matter that it's invisible? Would it be harder to hit or would it be easy to just figure out where it is by common estimation?

There are efforts right now to develop stealth technology for tanks. Camouflage is the obvious one, and can be surprisingly effective. There are stories from military exercises from soldiers facing a tank at the other side of the street, not even realising it was there.

A bit more futuristic, there are recent developments of thermal camouflage systems for tanks: it stores its heat internally, optionally dumps it into the ground below it (which will stay invisible as long as the tank stays there) so the internal heat sinks will last longer. This is in effect a cloaking device on thermal imagery, which is used by many systems, particularly at night or at long range for planes. More fanciful, they can let heat selectively radiate from individual plates on the tank, allowing them to appear as something else, for example a harmless, civilian car.

An optical cloaking device would be an improvement of camouflage, and armies all over the globe would probably be very, very interested by such a system if you could put it on a tank, even the short-duration one that is popular in many SF action videogames.

Any means to confuse or degrade enemy sensors provides the tank and its crew greater protection, and a better chance to survive the fight. 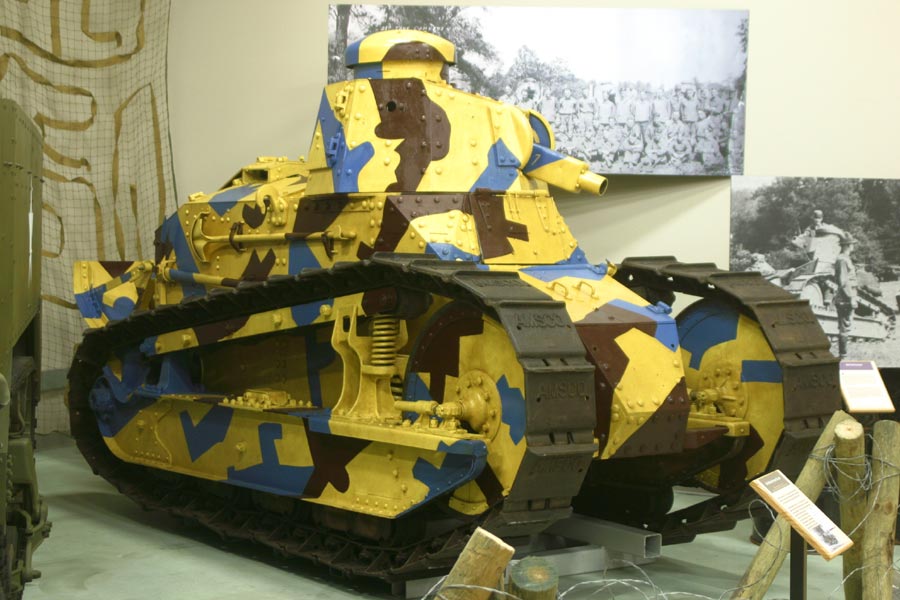 Consider that tanks have been painted in camouflage colours since their introduction to slow down the process of aiming by optical or naked eye. WWII tanks were camouflaged and covered in branches and netting to obscure them from observation from the ground and air. Smoke grenade dischargers were introduced near the end of WWII, and Soviet tanks injected diesel fuel in their exhausts during the Cold War era to provide improvised smoke screens. 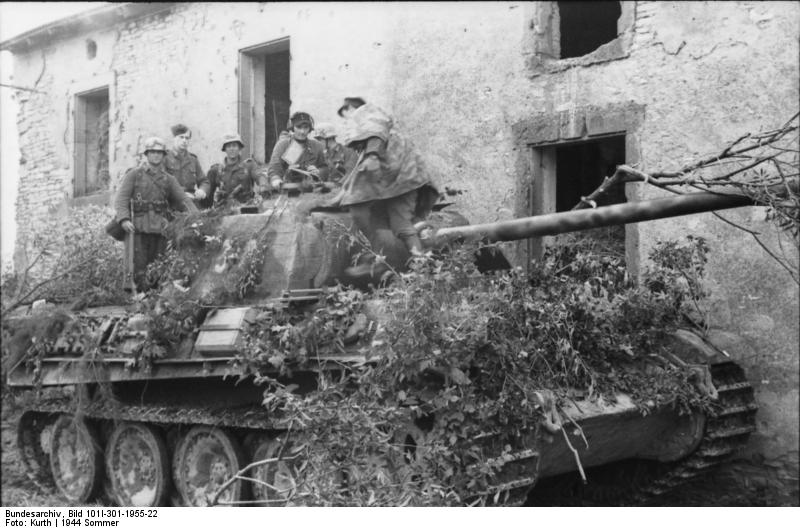 Modern research includes thermal blankets to passively hide the heat signature of the tank's hull, and radar absorbing coatings to reduce the range radars from airborne and ground sensors can get a reflection. BAE has developed a system of infrared "plates" which can be tiled over a tank to obscure the image, or even "paint" images of farm machinery, cars or trucks to further obscure or confuse observation by thermal imagers. 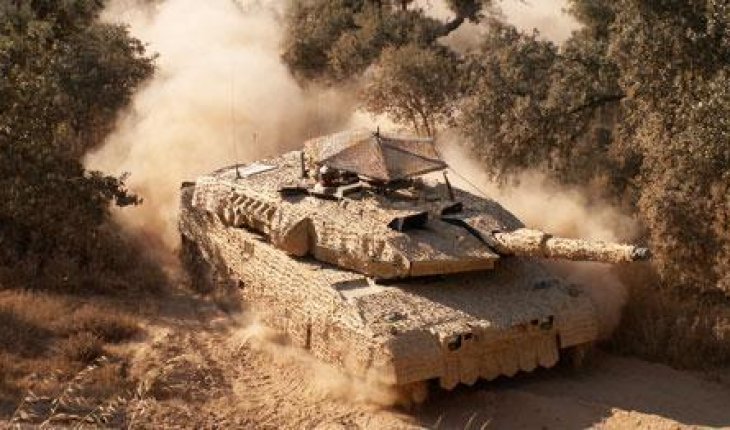 BAE thermal tiles being used to advertise the system in IR

While ultimately any camouflage system can be overcome, it takes more time and resources to do so, shortens the range that the enemy or even enemy "smart" munitions can engage and provides the tank crew that extra bit of time to engage the enemy or evade incoming fire.

Modern tanks are not lumbering brutes. Despite superior armor and heavy weapons, the American M1 Tank can reach speeds of 45 MPH on roads and 30 MPH cross country. Assuming that your invisible tank is moving when it fires its guns, it will not be anywhere near its own muzzle flash by the time the return fire arrives.

No, cloaking devices are not pointless. They are priceless.

A cloaked tank that remained stationary would have an initial advantage which would diminish over time as you suggest, but a moving tank would have a very great advantage especially if it changed course and or direction immediately after firing as its exact whereabouts would be uncertain and the uncertainty would grow with each passing second.

If the enemy is unaware of the cloaking technology a cloaked tank, especially one in open terrain, would also be likely to generate a bafflement factor. The enemy might well falsely assume that the fire was coming from further away or somewhere else as “obviously” there was nothing present where the fire appeared to come from.

There would be an even greater incentive to minimise the muzzle flash and smoke than in a conventional tank by modifying the barrel and or the charge. A cloaked tank might well have a very sophisticated and perhaps unwieldy silencer like device to conceal its presence even further. Better still if the cloak could be extended to conceal the flash. A cloaked tank that emitted no smoke or flame when it fired would be at an even greater advantage.

No it wouldn't be pointless

The whole reason we use camouflage today is to decrease the chance of enemy fire homing in on our thing[soldier, boat, tank etc]. It would only be natural that cloaking would be the successor to camouflage so of course just like camo we would put it on everything we could.

If anything cloaking would be amazing on a tank

One common military practice particularly employed by snipers, is to avoid firing from the same position, as in they will take 1 or 2 shots and move on. They do this because every time you fire you reveal your location but if you move the enemy has to start all over in reacquiring your location.

So a vehicle capable of moving quickly and quickly establishing a target and firing like a tank would be devastating if combined with a technology that hid its movements.

Not the answer you're looking for? Browse other questions tagged reality-check warfare near-future stealth or ask your own question.

9
How would the rules for carry and use of weapons be affected by reliable stun guns?
3
Pact designed to encourage fighting between fighter jets without targetting humans in future with increased lethal remote controlled weapons
3
How would warfare change in a future with perfect software-executed aim and perfect surveillance?
32
Would 'magic' muskets be a significant advantage over actual muskets?
1
Can hit and run tactics on a military scale be made viable for an auto-reloading musket?
1
Would combining thermoelectric cells and electronic warfare reduce chances of a ship being detected?
5
Feasibility of (very?) low altitude ground attack aircraft
8
Diving into water to escape lightning attacks
4
Why are my soldiers weapons so ineffective, or the rarity of one-hit kills