If radio communication somehow requires atmosphere to work, how would space exploration be different? [closed]

The first thing that I can think of is that space exploration becomes incredibly slow, because sending everything up there that is not pre-programmed needs a human pilot, and there would be no way of getting the data but to bring back the probe altogether. But what else?

This world is similar to the real world as far as astronomical bodies go; there's the moon, the sun, other planets, asteroids, etc. The major difference is that radio communications can only work in an atmosphere.

There would never be life on planet Earth 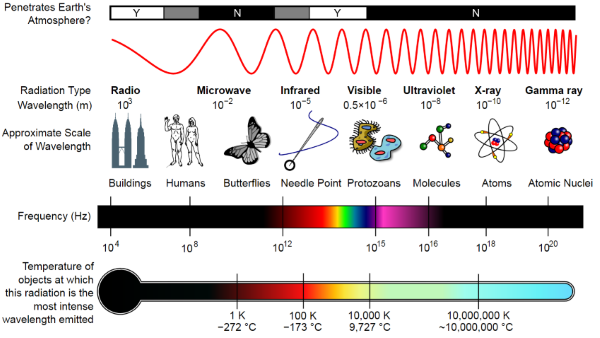 ...and that life on planet Earth is dependent on light from our nearby star Sol...

...there would never be life on planet Earth if you have made it so that light cannot propagate anywhere but within an atmosphere.

This — naturally — puts a big dent in everyone's plan to explore space.

No really, you just reversed one of the most basic laws of physics — Classic Electromagnetism as described by Maxwell's Equations — in such a way that you essentially broke the universe. There is no way we can make it so that radio exists in a medium but not in a vacuum.

You can probably work around this problem using some sort of laser (with a revised version of the morse code) to comunicate between the spacecraft and low earth orbit station and then the normal radio waves from the station to earth (ISS is still in the atmosphere after all).

So I think that once the system is setup, the space exploration will not be too much slower than today.

Basically in your world radio transmissions are only possible if traveling through an atmospheric medium. A lot, like sound. Generally, I dislike this concept since radio waves are a form of radiation which does not need a medium, hence why we can observe distant radio waves from far-off stars and other heavenly bodies.

A better option would, in my opinion, be that the atmosphere of your planets have a characteristic that filters or blocks a lot of background radio interference that would otherwise make radio communication outside of the atmosphere very difficult since the interference levels could make broadcasting over radio frequencies limited to only short range.

EDIT: Since the atmosphere or the lack of one does not permit radio communication, another reasonable way that is relatively in canon with my previous entry; Use either Geostationary sattelites or some way that can stretch a cable out into space and do the information transfer between the surface and out into the close proximity space. From there, if only the radio frequencies are impossible to communicate over, use optical light transmission. This can be done in super simple morse, or more complex Li-Fi The latter, can be used in combination with satellites or other heavenly bodies as extenders that work in the same way as wifi-extenders. This way, you can theoretically attain extreme bandwidth. "Researchers have reached data rates of over 224 Gbit/s". I think I may have solved the issue of getting Earth-Lunar internet as well.

If radio waves can’t be used then it would delay space exploration as there would be no easy means to communicate with space craft initially. However given a few more decades of technological advancement microwaves could be used instead or visible light by way of lasers, unless these were also blocked. Ultimately any electromagnetic wave might be used for communication, (some more easily than others). If all electromagnetic waves require an atmosphere to propagate then the earth would be a very different place as it would recieve no heat or light from the sun.

Radio propagation does not need an atmosphere. It is the Ionosphere which may reflect some radio waves back to Earth, so an earth-based station may send signals at some frequencies across the globe without a satellite to act as a relay station.

This wikipedia article on ionosphere explains the process

Now, the second part: Change the atmosphere of the planet (or you can just say it is different, without specifying its composition) and say that the ionosphere is more reflective and is so over a broader frequency range. The radio technology has evolved well before space exploration and satellite launching became feasible, so signaling relies on the ionosphere rather than satellites. You can complicate things by saying this reflective layer works in both directions, so future satellites will have difficulty communicating with earth-based stations.

Not the answer you're looking for? Browse other questions tagged technology space space-travel astronomy radio or ask your own question.

36
Habitable moon of a gas giant: working out the sizes and distances
5
How could a radio system (or an alternate) work in an isolated underground society?
6
Monolithic vehicles vs a convoy; So you want to go on a road trip
7
End-user experience and prominent use cases of robust interplanetary internet
20
At what minimal technological level would the inhabitants of a binary planet system need to be to communicate with each other effectively?
4
No More Looking from the Same Side of a Mostly Liquid Surface Terrestrial-based Moon
20
Why would radio signals be invented/transmitted when communication is not an issue?
24
How to improve TCP/IP for an interplanetary WAN?