What is a viable method to produce food within a volcano caldera?

I'm making a medieval settlement of humans that reside very close to a volcano (and maybe venture into the caves surrounding the volcano), to the point of living in the caldera itself.

The humans are magically highly fire-resistant and can live there without much problem, however I'm concerned about what kind of food I can produce in a rather active volcano caldera. I'm not talking about rather greenish fertile volcano sides like we have here in Indonesia (which are made possible because of intervals between eruptions every several months), but rather imagining a black, scorched earth, with visible magma here and there, in most of the area. There will be steady magma flowing from the center of the caldera (I'm thinking of a Hawaiian-type eruption)

Note: I'm not sure if this volcano is realistic or not, or if what I describe even counts as a volcano caldera, but that is not the scope of this question.

The settlement will be inside the shallow "cup" of a volcano, with almost 10,000 people. I'm not sure about the exact dimensions of the caldera yet, but there should be plenty of room for "pastures" and improvements. There are caves that allow "one-way trading" (from the settlement to the outside world. The outside world has little interest in sending traders to this settlement).

Is it plausible for plants to live there? Cattle? There is a little magic to wiggle the requirement a bit, but I'd rather not create any plants/livestock that vastly differ from what we have in reality. What is the most plausible method to produce food there?

I don't think crop farming is possible there, but rather fruit trees that can withstand the heat, but I'm happy to be proven otherwise. I've read Considerations for a Dwarven Volcano City but I'm looking a more specific answer about raising livestock and "farming" there (and possibly other methods to produce food)

Bromeliads are a family of plants adapted to dry conditions and poor soil. Or no soil. 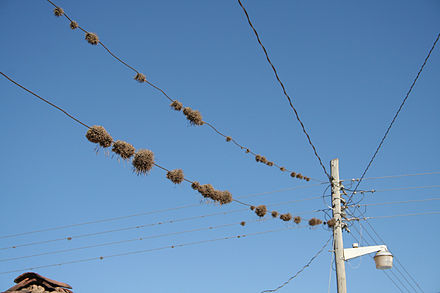 Adaptations allow them to capture nutrients and water from the air. These are the plants you see growing high in trees or on power lines, like this picture.

Bromeliads are able to live in a vast array of environmental conditions due to their many adaptations. Trichomes, in the form of scales or hairs, allow bromeliads to capture water in cloud forests and help to reflect sunlight in desert environments.[14] Some bromeliads have also developed an adaptation known as the tank habit, which involves them forming a tightly bound structure with their leaves that helps to capture water and nutrients in the absence of a well-developed root system.[14] Bromeliads also use crassulacean acid metabolism (CAM) photosynthesis to create sugars.

Could these austere plants produce delicious starchy, sugary crops? One has. 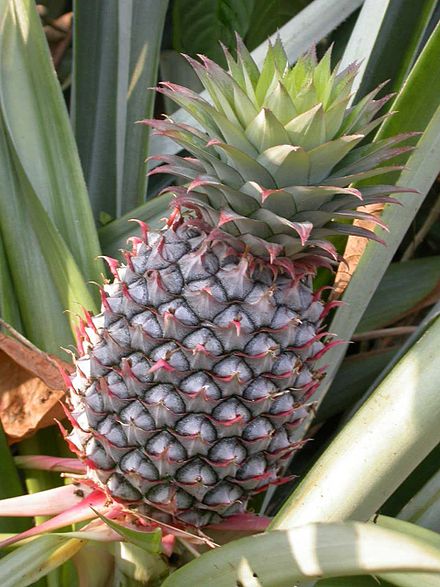 I would think that it's not so much a problem with the heat as it is ground. In the scenario you're imagining, I figure that there would be little to no groundwater in that area, so any watering would have to be done by artificial irrigation. Secondly, in order to get plants established, they would have to be able to put down roots. But if you're talking about an active caldera, the ground would either be too hard for plants to take root (in the cool areas) or so hot that they wouldn't be able to find water. So really, unless your population is going to subsist off lichens, I think you'd have to make some sort of magical excuse to allow them to plant food.

Of course, one possibility is to create earthboxes. Bringing in soil and containing it in large pots and boxed-in areas would allow you to get around the hardness of the soil. Of course, this also has its limitations. Water would still have to be brought in, unless you have enough rainfall in the area. The other major drawback is that unless the earthboxes are very large, you would not be able to plant crops that require very large root systems, like some trees.

As far as raising livestock goes, the problem there is that you have to provide them with food. If you want cattle, your cattle will need to be fed. And a diet of meat is much more inefficient than a vegetarian one. If you're already extremely limited on your arable land, and you're not bringing in food from the outside, all of your produce would have to go to feeding your animals.

They have a perpetual greenhouse, and they import soil

Regular humans do not like living in temperatures of about 40 degrees C. Plants however, love it. Heat is great to make plants grow quickly and become large and healthy. This is why we have greenhouses. 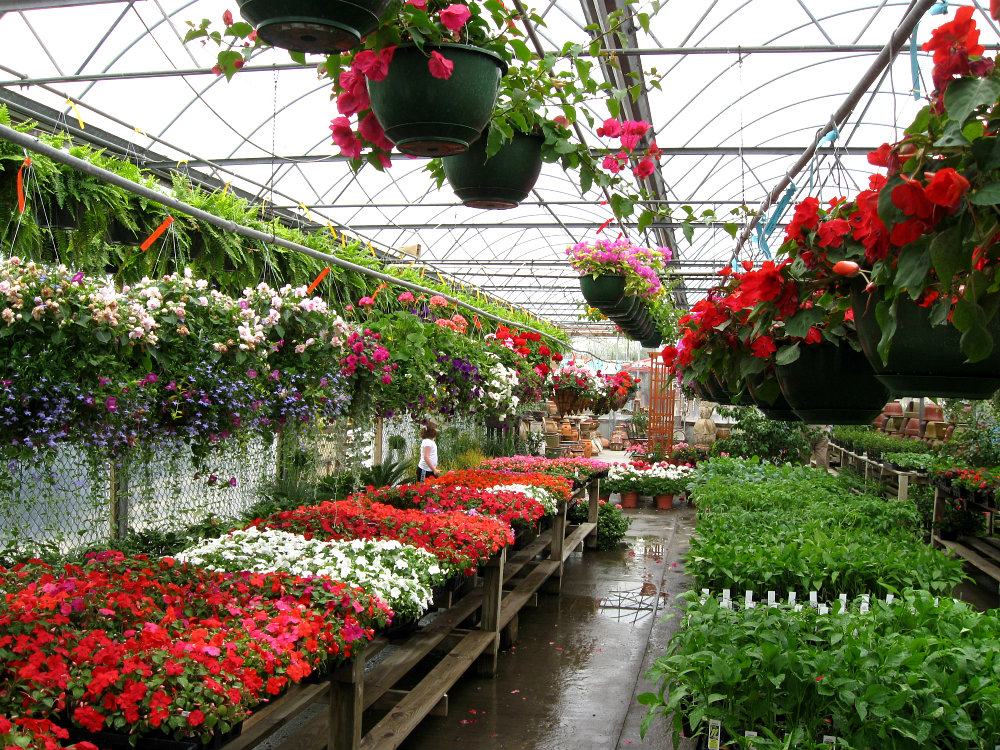 Now you are saying you have humans that do not mind the temperature... high temperatures do not bother them. Also this tribe lives in the "bowl" of a volcano. They have a natural rain collector. High temperatures, plenty of water, this means...

Your fire-resistant humans live in a perpetual, natural greenhouse.

This puts very few limitations on what they can grow. On the contrary: they are probably less susceptible to seasonal variations, and also they do not have to suffer frosty periods. Their farming will most likely be varied, efficient and plentiful compared to the amount of land they use. And they can go all year, as opposed to most farmers on the outside.

Temperature regulation is not very hard either: if they sprinkle water into fine droplets, it evaporates quickly and soaks heat. This lets them down-regulate the temperature as they need it for specific crops.

The thing they need and that is hard to get is soil, and this is a huge plot generator for you. If you have read the book 'The Martian' by Andy Weir (*) you will know that making fertile soil from otherwise non-fertile ditto is not impossible nor a very high-tech affair.

In short: fertile soil breeds more of itself.

So your fire-resistant humans are importing soil to their crater and they are experts on soil quality. They are farmers that have next to magical knowledge on what makes soil thrive and be well. They can — near instantly — make an accurate judgement on the quality of soil. They revere soil and treat it as a living thing (which it actually is, or at least the soil micro organisms).

Also since few animals tolerate high temperatures this means that your tribe are probably vegetarians. Not out of ethics — maybe they think that meat is a rare treat and a good perk to go on soil-trading expeditions? — but they simply cannot keep animals in their steamy, balmy home. But that is quite all right because animals as food is a huge waste of resources. Really, you lose about 90% of the plant energy when you make animals into food. For us regular humans that is not a big issue because we have lots of resources to use (sort of.... or maybe not.... but we do it anyway). But your volcano-dwellers do not have that luxury. They need to manage what they grow carefully.

(*) The movie does not delve deep enough into the subject of soil, but the book goes into it in great detail. I highly recommend this book, not only for that but in general. Also the audio version narrated by R.C. Bray is incredibly funny at times; he is a much better Mark Watney than Matt Damon.

They breed fruit bats. Bats live in the caves and fly out at night to eat fruit from the surrounding area's trees. Selective breeding made them big enough to provide food for a whole family for a day.

Or if this volcano is near the ocean, at least on one side, they could go through the tunnels to fish.

Or maybe they go out and trade whatever they can get out of the volcano (diamonds?) for all the food they need.

Not the answer you're looking for? Browse other questions tagged magic farming livestock or ask your own question.

15
Considerations for a Dwarven Volcano City
7
How can a lava-eater metabolism explained?
4
How would a plant convert magma to energy?

7
If thunderbirds were real, how would it affect shepherds and ranchers?
5
Poor People Living On Farm-In-A-Box Tech?
5
Logistics of high-quality lifestock delivery for alien megacity?
16
In obligate carnivores, can I have animal husbandry (livestock-keeping) without farming ever developing?
3
How many people does it take to run a farm/zoo of ≈80 animals?
6
Environment/Ecosystem for a “Sunfall” colony
10
Viability of growing crops on land where animals die at night?
8
Farming sense check
17
Feasibility of entirely self-supporting fortress