Sugarite: can it form?

Halite, or rock salt, is a rock formed by salt deposited in past and then undergone geological processes.

My question is: provided that enough (how to get that much sugar is not in scope of this question) white sugar is deposited in a suitable location in a earth like environment (enclosed between clay layers so that no water can pour through and dissolve the sugar), is it possible to have it follow a rock salt-like path, leading to the formation of a rock? Or will it simply convert to coal?

Not very likely, no

The big problem for you is that saccharides are yummy food for everything from fungi, to bacteria, to insects, to animals, to big hairless apes of the species Homo Sapiens. You will need a place that is pretty much sterile in order to not have living things eat all of that delicious sugar.

Another big problem is that sugars are water soluble. You would need to have a Dead Sea like situation where sugar water is running into a basin and then evaporating away. 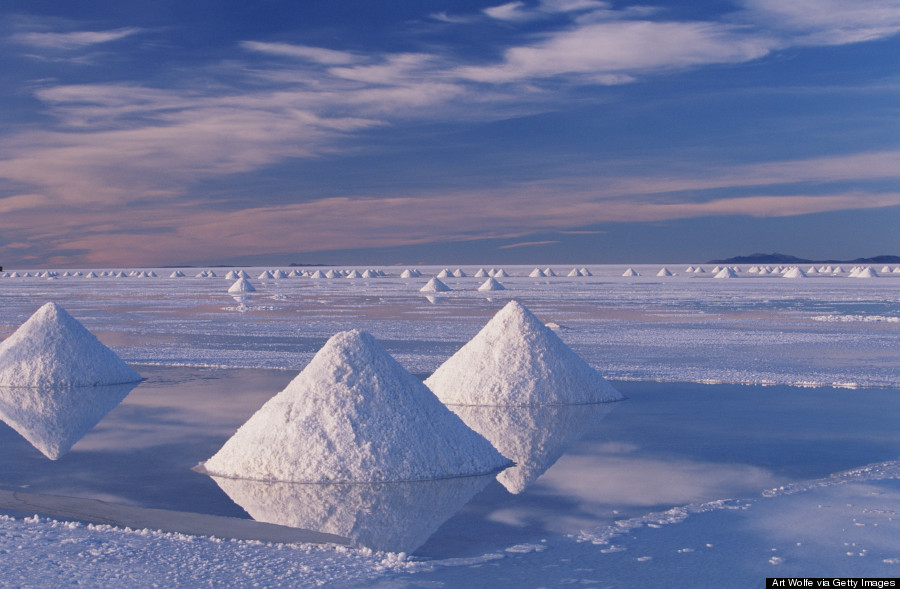 And then of course you need something that produces all of that sugar in these conditions. Can this be done?

So... suppose that on a volcanic island on the equator, lush with many different exotic plants and fruits, there is a cave. In that cave there is this huge bee colony.

The cave is not entirely water proof. As the daily tropic rains fall on the island, water does leak in and leech honey away from the colony.

The honey-water drains into cracks and crevices that takes it deeper into the cave. These streams pass over rocks that are heated by volcanic activity. The honey-water is brought next to boiling.

The now pasteurized honey-water reaches deep recesses of the cave, where it goes no further but instead drips, pools and evaporates due to the heat. The leftover steam vents out upwards, leaving the sugar in huge crystals of rock candy.

So who knows... one day you might find that Big Rock Candy Mountain. ;)

Are you looking for these? 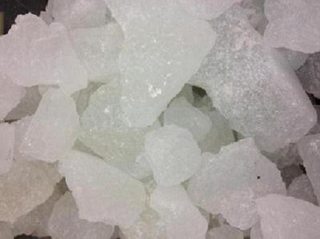 It's popular here in Indonesia. We call them "Gula Batu", literally translates to "Rock Sugar". You call them "Rock Candy".

You can even make them at home. Lucky for you, the process does not require the heat and pressure needed to make diamond from carbon. You just need supersaturated sugar solution and a crystal nucleation (similar to a grain of sand to make pearl) like a grain of sugar.

However, if you put the sugar deeper with hotter temperature, the sugar will turn to carbon, which in turn may become coal, or further diamond. A simple experiment produces carbon residue. In a process called pyrolysis, the hydrogen and oxygen will degrade and leave the carbon behind.

Q: If you put it in a vacuum and heated it very hot (to the point that something would happen), how would some common substances that usually burn react? (wood, cotton, paper, cork)

A: Well all of those materials are 95+% one compound: cellulose. And they would all oxidize, degrade, and eventually turn into oxygen, carbon dioxide, water, and char (carbonaceous crap, i.e. various unsaturated carbon compounds)

Sugar (or better sucrose) is an organic compound (a substance that contains carbon -C-) as you can see in its chemical formula:

My best guess is that the same chemical and physical changes that would happen if the material was another "thing" containing carbon (a tree for example) will happen, removing the oxygen and hydrogen, thus leaving a deposit rich in carbon, which in time would transform to coal.
Salt is an inorganic substance (NaCl), so i suppose you can't get the same result with salt and sugar.

Since crystalline sugar is a manmade substance, someone would have to manually deposit the sugar in place, or leave the sugar somewhere, in order for this to even begin to work. Likely what would happen is it would just be spread throughout the mud too sparsely to form a continuous crystal, as it is individual grains, as opposed to salt, which when deposited forms a crust.

Not the answer you're looking for? Browse other questions tagged reality-check geology chemistry .

5
Replace sea salt with sugar, what happens?
3
Would there be ocean currents in oceans of sulfuric acid?
1
Sugar World Formation?

16
How quickly can I form a mountain chain?
6
Can a 25 mile high volcano form naturally on a desiccated desert earth planet?
7
How do I form a location like the Ethiopian highlands?
3
How can I turn diamond into graphene?
3
How to form a huge natural plateau with a slope?
7
Giant caves. How do they form?
10
Can a mountain range form with a very loose surface?
3
How can room sized amethyst geodes form commonly?
5
Bootstrapping first metals and electricity without help of "easy" fire