Going slower in worlds where fuel is free or insignificantly cheap

Established rules for the universe:

It is often seen in sci-fi that captains, order speeds lower than max-cruise speed when flying. Not considered propulsion engines that could be used to leave orbit, planetary systems or other obstacles but Warp, FTL engines that could move the ship safe from A to B.

Would there be any logical reasons for flying slower than capacity except from the obvious "we have to arrive in 5 days and the travel takes 3"?

A lot may depend on the physics of your drive system. In inertial space, the Apollo spacecraft took 3 days to reach the moon, while the "New Horizon", launched on an Atlas booster, took only 9 hrs.

While the Apollo stack was mounted on a vastly larger and more powerful rocket, the reason for the three day journey wasn't that they could not go faster, but because the mission planers wanted to have the ability for the Moon's gravitational influence to capture the Apollo and also to have a free trajectory which could allow the craft to return with minimal rocket input. This became critical when the Apollo 13 mission suffered a explosion in the service module during the mission 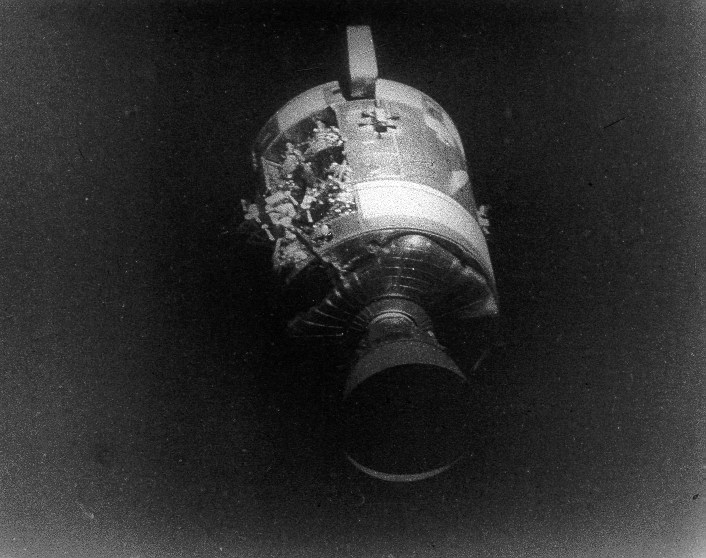 Perhaps the spacecraft popping out of the wormhole need to gravitationally brake in inertial space, but moving too fast would make the manoeuvre dangerous or require too much fuel.

Inside the wormhole, the ships might still feel the influence of the outside universe, for example gravitational fields of stars, black holes or even nebula could cause the wormhole to "kink" or bend in unexpected directions, which would be dangerous if encountered at maximum velocity, but could be detected and avoided or "threaded" slowly if you are moving at a slower speed. In the novel "Contact", Calr Sagan's description of the wormhole transit includes "scraping" against the sides. While the pod does not seem to suffer damage, the description includes material being "flaked off" the sides of the wormhole, which might become an issue on longer flights. If the wormhole sides are "irregular", they could negatively affect the spacecraft, so slower flights reduce "friction" or allow the pilot to swing around the biggest bumps or potholes. 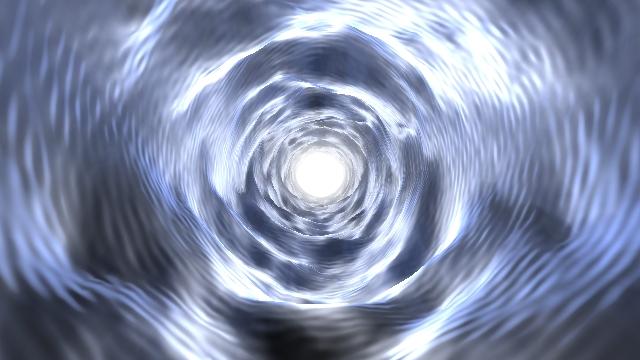 Hang on, it's going to get bumpy"

So define your transportation system and the effects, and ensure you work out the second and third order effects so you don't get "written into a corner" or make a plot point which is impossible when you look at the drive system.

Or, if you're not in a peaceful universe, maybe running at lower speeds makes you less easy to detect

Or you want the extra time for training / getting stuff set up for your next destination, or want to go slower for more observing time for scientific surveys.

Or going slower gives you a better chance of spotting unexpected obstacles (not sure if that's relevant for a wormhole).

Asteroid / comet belts are very bad things and must be avoided if you are a spaceship captain. If you don't believe me, watch After Earth. Traveling at higher speeds makes quick turns impossible (thus making it harder to turn in time and avoid an imminent collision) and a collision with a stray comet / asteroid is all the more disastrous at higher speeds than lower. Thus spaceship captains prefer cruising at less than top speed in order to avoid the asteroid belts.

Reducing speed and coming to a stop is all the more difficult if you are traveling at higher speeds. Ignoring the fuel costs, the quick speed reduction would push the contents / passengers to the front side of the spaceship and a higher than 8g brake would easily kill any untrained large creature if continued for more than 10 seconds. This is another reason spaceship captains would want to cruise at speeds where a sudden slowdown does not splatter the bones and bowels of the passengers in the hallways.

Presuming the worm-holes or "warp space" are obstacle free and danger does not increase with speed, then I think there is no reason whatsoever to travel at less than the maximum sustainable non-damaging speed available. Your premise says that is not the maximum speed, so whatever percent of maximum does not create any special heat-related maintenance is the only sensible speed to travel.

Also caveats for any scientific missions studying wormholes or warp space from the inside, of course.

Short safe hops are slower but safer. Wormholes can be dangerous.

/Traveling in the wormholes can vary from time to time (the path of least resistance applies to wormholes, sometimes that causes the wormhole's length to vary because of loops)/

That means to me that wormholes in your universe are not just a dimensionless rip connecting point A to point B. They have size, and you can spend time traversing them. That means you could get stuck in them.

My google found a game called Eve Online in which this can happen.
https://www.rockpapershotgun.com/2009/03/14/stranded-beyond-the-wormhole/

We’ve begun exploring the unknown systems of wormhole space in Eve Online. I had my first encounter with the freaky Sleeper alien ships last night. I then returned to normal space slightly richer, and slightly wiser. The wormhole – an unstable, temporary gate to an uncharted region – was still open when I logged out of Eve, and so I let my corporation chums know it was there. About an hour later one of them IM’d me: “We’re trapped. The wormhole closed behind us.” His account of the event is posted below.

From reading the account, wormhole space in Eve is just a different 3d dimension. But you can make it whatever you like - super spooky space, astral beings, bent physics, etc. A place very handy to visit but you probably couldn't live there. Not long, anyway. Your ships that use wormholes might be reluctant to use long ones for fear of getting stuck. Or they might not know the nature of the wormhole they get until they are in it, and they might realize they need to get right back out in a hurry. Small, safe hops and false starts will add travel time to the journey. Only an emergency warrants blazing right thorough at top speed.

Also it occurs to me that this sort of wormhole piloting makes for a lot more adventurous narrative - as opposed to taking a ship thru bland deep space or open ocean, it is like piloting a boat near shore where there are obstacles, currents and dangers. Your wormhole pilots can be canny, wily seamen, estimating the danger by signs and changes unnoticed by the inexperienced.

High performance flight is unpleasant in some fashion. Perhaps the acceleration involved, perhaps something related to the FTL drive. You go fast if you need to but it's more comfortable to go slower.

Not the answer you're looking for? Browse other questions tagged space-travel spaceships .

66
Are there any ways to allow some form of FTL travel without allowing time travel?
3
A ship so powerful that aerodynamic design is not needed
6
How does space between ends of a wormhole work?
2
How would mankind “tame” wormholes enough to use them for travel?
13
Can I detect one ship arriving in an otherwise abandoned solar system?
4
What is INSIDE a Wormhole?
2
Could near light speed ship dilate time severely enough to explore other stars with out breaking the light speed barrier?
3
Rapid-repeat re-entry vehicles
2
Relativity, Time Dilation and multiple reference frames
3
What would one experience travelling through an invisible Krasnikov tube, and how much could they be used to cut travel times?