In a world where torch ships sometimes will accelerate over 10Gs for hours, maybe sometimes days on end. Is there any way to keep the crew alive and preferably fully functional in during such harsh maneuvering, or do we have to result to handwaves such as "inertial dampening" or human augmentation?

No way without significant augmentation. 10 g is towards the limit of brief human tolerance, measured in minutes. Obviously a human may survive a hundred g-forces in a crash, but that is over a very brief period of time.

Here is a chart for what a typical pilot can endure 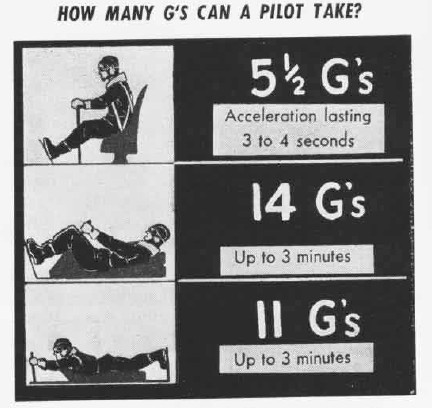 As you can see, position is very important, but the total time before black-out is still very brief.

At 10 g, a human body won't be able to move. It will have to be in a reclined position, fully supported. By way of comparison, when a rocket takes off now, the astronauts are subjected to 4 g of acceleration and they don't do much more than sit and enjoy the ride. Suddenly putting 10 g-forces on someone will almost assuredly knock them out, so you will need to increase thrust gradually and hopefully not be able to make sudden lateral changes unless the pilot seat can shift around to keep the pilot centered (in a classic rocket this isn't much of an issue unless it has lateral thrusters or gets hit, putting it into a spin).

You could use a powered exoskeleton to allow for some assisted limb movement at high g. Breathing is an issue, as the ability to breathe is dependent on the diaphragm being able to generate suction against the ribcage, compress the rib cage and you can't breathe. Using a fluid medium (like the Abyss) or positive pressure air (like a CPAP machine or a ventilator) may help, both those solutions are both problematic for long term use (current fighter pilots use a mask since a ventilator usually requires the patient to be sedated unless it is surgical placed into the trachea, like with Christopher Reeves). Overpressure from a mask or vent damages the lungs, so you can only force ventilation against for so long. A rigid torso suit that replicates an negative pressure ventilator (an iron lung) may be better, but of course these have consequences as well since they severely restrict movement. Electrodes to force muscular contraction may also help once the pilot fatigues his neuromuscular system trying to resist the g-force (a compression suit will also be required).

The best you could hope for under 10 g is some ability to receive visual/audio information (this degrades since the eyeball will deform under high g) and maybe actuate some keys under the fingers. You can handwave some sort of high g drug (like the Expanse) that helps the heart maintain blood pressure. But this drug, which presumably is a localized vasoconstrictor to boost blood pressure and keep blood from pooling in the "lower" parts of the body, would be very dangerous should thrust suddenly stop.

If you really had to do this, you would need to have a working neural interface if you wanted to get input from the astronauts beyond possibly a few binary button presses. The heart isn't going to be able to keep up, so you will need to set up an ECMO (extracorporeal membrane oxygenation) system that injects oxygenated blood directly into the cerebral vascular system. This way the rest of the body can loose circulation for hours and still be reasonably ok, but the brain remains oxygenated and operational. Even this buys you a few hours at high thrust, not days. You have to throttle back for a few hours (perhaps a 1:1 ratio) to allow for recovery.

Ultimately there will be long term consequences to periods of high g. There is a very good chance of vascular damage leading to micro-strokes and eventual dementia. Compressing the brain towards the back of the skull will stress the thin blood vessels extending down from the dura, leading to intracranial hemorrhage. Small hemorrhages in joints, skin, and internal organs lead to other forms of damage, arthritis, and scarring. Repeated tissue ischemia due to low blood flow can cause organ damage. Astronauts doing this will have a short career and end up a lot like boxers or football players.

The short answer is no.

For humans that were born and matured on a 1G world, their physiology cannot tolerate 10G for seconds, let alone days on end. Unconsciousness occurs for 'normal' humans between 4 and 8G. Air forces and space organisations have thoroughly researched the topic, and the best that can be done is to use positioning and pressure suits to temporarily alleviate symptoms.

You can completely and utterly forget about having 'normal' people walk around beyond 2G.

If you are able and willing to have your flight crews be born and mature in a higher-G environment, however, then you can at least reduce the gravity differential to less than 10 and maintain their functionality for longer.

If you can get ΔG down to less than 4 you could probably maintain a functional flight crew for a small number of days — providing their bodies were always perpendicular to the acceleration vector (so that head and heart accelerate together).

Flight crews that were born and matured over the course of ~20 years in a 6G environment, who were then strapped to pads that were able to slide with minimal friction along the surface of a very large (magnetically-repulsive) plate (i.e. a command deck), is about the only way I can see anything remotely human remaining conscious for days at a time in 10G.

Whether or not 20 years in a 6G environment would produce beings that even remotely resembled humans after a few generations is an entirely different question.

Whether or not 'pads on a plate' (imagine little people lying on the pucks on an air hockey table) is a visually acceptable command deck, is also an entirely different question.

Of course, flight crews that were born and matured in a 6G environment would then fare poorly in a 1G environment — so you win some and you lose some.

I'm not sure how this stands up to 10 G's, but the Gerry Anderson came up with a solution in the 1970's TV series UFO. Fill the space suit with a super-oxygenated liquid, and the space craft with the same liquid (sans super-oxygenation). Water doesn't compress much, so the supported body should be able to withstand greater G forces.

Someone else will have to do the math.

Not the answer you're looking for? Browse other questions tagged science-based biology humans space-travel spaceships or ask your own question.

22
Physical correctness of trolls with high regeneration ability
3
Assuming fuel and thrust generation are not issues, how quickly can a space-faring vessel travel without risking harm to the crew?
2
Localized manipulation of the speed of light
9
Could an astronaut in a near-future space ship survive transit through our asteroid belt?
21
Is it dangerous for a ship's crew to get stranded in a nebula?
1
How can I describe a substance that allows for suspended animation while keeping the mind active?
3
How would time dilation affect a fleet moving through a black hole's event horizon?
4
Psychological Development of Children and Adolescents Under Accelerated Time