Seasons without an axial tilt?

Let's assume we have an otherwise Earth-like planet orbiting a star just like our own. Our planet has an axial tilt of 0 degrees, meaning its axis is perpendicular to its orbital plane.

Could this planet have seasons based solely on where it is in its orbit? My thought was to increase the eccentricity of the orbit, so that at aphelion it's significantly further away from its sun than at perihelion. But the question becomes how much eccentricity do we need to get seasonal variations similar to what we're used to on Earth? And is there even time for the planet to cool enough on its way to aphelion and winter?

Elliptical orbit can definitely be a replacement for the lack of axial tilt.

While all other climate impacting factors, like ocean currents and air systems are able to create significant variations, they all ultimately depend on sun's energy. If this energy remains constant, it is difficult to imagine regular temperature fluctuations like we observe here on Earth (outside of equatorial latitudes).

Earth's orbit has an eccentricity of 0.0167. While this means that it is almost a circle, still there is a difference between perihelion and aphelion of 5 million km (147.1 vs 152.1). This translates to solar irradiation variation of 7% between the two points.

Axial tilt contributes much more than 7% to seasonal variations, in fact, it is unnoticeable that summers in southern hemisphere (that's when the Earth is in perihelion) are supposed to be warmer. Northern landmasses more than compensating for the difference, because land warms up faster than sea.

How much variation in solar energy do we need to have real seasons? According to this article, at the Cairo's latitude (30N) variation between summer and winter is 2 times. At London's latitude (51N), it is about 5 times. If we want to have a higher eccentricity orbit with no axial tilt, effect will be uniform for all of the planet.

Let's say we want the solar energy difference of 3 times. This means that the orbit must have aphelion to perihelion rate of SQRT(3) = 1.732, which will lead to eccentricity of 0.268

It also has to be noted that high eccentricity orbits have bodies travel faster in their perihelion than in aphelion. This means that winters on such planets will be longer than summers.

Our tilted axis isnt the sole cause for seasons

First, let me thank you for not providing these restrictions:

-Did not say the answer had to be entirely science driven

So a science driven answer:

In addition to tilt there are other factors that affect climate and thus our perception of "seasons".

Play with these variable driving some to extremes to generate your desired seasonal system. Recently, a planetoid was discovered with winds so strong that its tidally locked solar generated hot spot was actually shifted from its face. So nothing is unreasonable when playing with these.

Your own personal Night king to drive the world's seasons for you. 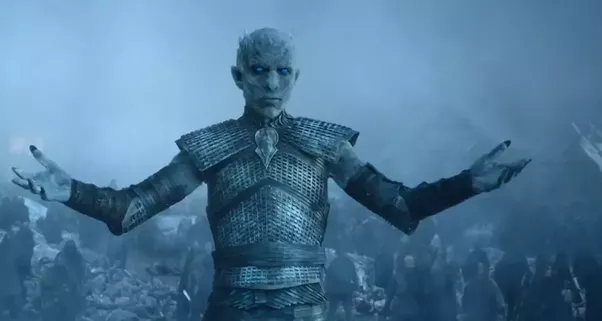 Not the answer you're looking for? Browse other questions tagged science-based climate .

0
How would be an earth-like planet with its axis pointing to its sun-like star?

6
Seasonal progression for an Earth-like planet with wobbly axis tilt?
10
The (Alternative) Reason for the Seasons, Part 2: Variable Star
9
Temperatures in an eccentric orbit?
12
Choosing axial tilt for human habitable planet for largest temperature variations
9
Planet with big axial tilt, but very close to its star
2
Are these traits for my planet mathematically accurate? Could it support life?
1
Life in the Temperate Zone of an Alternate Earth with an Axial Tilt of 42 Degrees--What Would the Seasons Be?
3
Life on a planet with little axial tilt