How to keep my spaceship properly pressurized for merfolk?

take me out to the black, tell 'em I ain't comin' back

Merfolk live in the deep, plenty deep exactly, around 800m below sea-level. At these depths we talk about little sunlight and pressures of ~90bar (or ~1300psi).

Ignoring the difficulties of getting such a craft out of the ocean in the first place,

Q: How would merfolk spaceships have to be constructed to allow for such high pressurized water inside?

Yayanos, Somero, and others have discovered a few of the adaptations that permit deep-sea bacteria— and the cells of higher organisms— to thrive under high pressure. For one thing, deep-sea creatures make their cell membranes of squishier stuff. Cell membranes are layers of lipids (fats) penetrated by proteins that, among other functions, channel nutrients, wastes, and signaling molecules in and out of the cell. If the lipids are too rigid, the channels close up— and high pressure, like low temperature, makes any kind of fat more rigid. "So deep-sea animals and bacteria tend to build their membranes with relatively fluid lipids," says Somero. "Instead of butter they use something more akin to vegetable oil." That is, compared with surface-dwelling organisms, they use more unsaturated and less saturated fat. 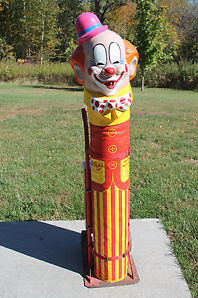 Commonly used steel gas cylinders can go to 2000-3000 psi which is more than your Deep Ones need. So: a gas cylinder.

For bigger tanks, a sphere is a sturdier structure than a cylinder. 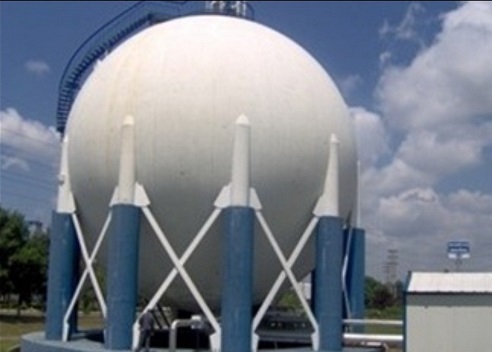 The Spherical Tanks used to store LPG are called Horton Spheres. The following are some of the reasons for considering Spherical Tanks above any other shape -
1.As a Spherical shape is uniform from all sides the pressure gets equally distributed on all sides.
2.As spherical shape has no edges, (minimal concentration of stress) there are no chances of forming areas with uneven pressure which can deform and puncture the tank. (Which is not the case with Cylindrical or any other tanks.)
3.Spherical shape have the least surface area to volume ratio when compared to any other shape. Hence less material is required for construction.
4.Spherical shape also helps in neutralizing pressure coming from all directions, this makes it more stable.
5.Also the thickness required for spherical tank to withstand same pressure is less than any other shape. Hence reduction in cost as well as weight.

A spherical spaceship seems good. Like a reverse bathyscaph. You could put Windy's face on the side if you still wanted that.

A Simple outlook on craft building:

Many undersea craft today are built to resist 100s to 1000s of atm of external pressure.

The only structural difference between undersea craft and spacecraft is instead of resisting pressure they are trying to contain it which in many respects is easier because you have infinite outward space to build your skeleton.

What makes spacecraft harder to make is:

The construction of your merefolk ship would most likely be bulkier in order to contain the internal pressure. However, the ultimate appearance would be driven by other operational necessities described here. Is it a shuttle? or is it more like the ISS? Function drives the appearance of many things.

Do they need so much pressure? As long as the merfolk are made up of an incompressible liquid, like water, pressure is irrelevant. A lot of fish have a bladder containing gas and gas is very compressible. If the merfolk had such a bladder it might be feasible to do some kind of surgery to it.

Another option is some kind of pressure adaption period similar to what divers do.

In short: depending on the biology the pressure businesses probably could be circumvented. But regardless of whether it can or cannot be circumvented the spacecraft would look not very different form what they do today since the modern space craft is still a pressure vessels, but with increased pressure comes increased thickness of the walls.

(A bit of topic)
Creating a spacecraft filled with water sucks hard. Take the ISS for example with its 1000 m3 internal volume and a mass of 400 ton. Fill the volume with water and its mass increases by 250%. The rocket equation is a b!tch. On the bright side radiation will not be a problem.

Not the answer you're looking for? Browse other questions tagged spaceships engineering merfolk or ask your own question.

3
Would Merfolk Evolution Trade Noses for Gills?
10
How would a merfolks spaceship take off?
13
How do merfolk develop agriculture
3
How long would it take to build a spaceship?
14
Anatomically reasonable respiratory system for human-derived merfolk
4
Public Transit for Merfolk
6
Surface Clothing for Merfolk
23
Fantasy Macro Economics: What would Merfolk trade for?
2
What systems would be needed to keep two halves of a spaceship viable for humans?
7
Could merfolk create pottery and other vessels for storage?