What may bring god to help atheist? [closed]

As I made gods of my world a bit crazy, at least in comparison with most expected behaviour of gods (because normal gods would not teach people to not rely upon them - or not?), there are some open questions.

It is clear that gods may help their worshippers - or punish them. But what if god would decide to help atheist?

Currently, I have used one reason - wonderment upon life without belief in gods' help. But what else reason may gods have to help those people (as I wrote above)?

Also, I think about followiong reason: Just for fun upon behaviour of worshippers who would find that god helped atheist instead them.

Questions related to gods in my world:

Atheists tend to value honesty, curiosity, intelligence, and self reliance or community cooperation instead of reliance on gods. Many gods may respect this far more than devotion. In Pratchett's Discworld the "god" of the dwarves is referred to with this line. "Tak does not ask that we think of him, merely that we think."

Any god who values other characteristics more than worship may well be inclined to prefer atheists with those features to worshipers without them.

to quote Isaac Asimov. "If I were not an atheist, I would believe in a God who would choose to save people on the basis of the totality of their lives and not the pattern of their words. I think he would prefer an honest and righteous atheist to a TV preacher whose every word is God, God, God, and whose every deed is foul, foul, foul." 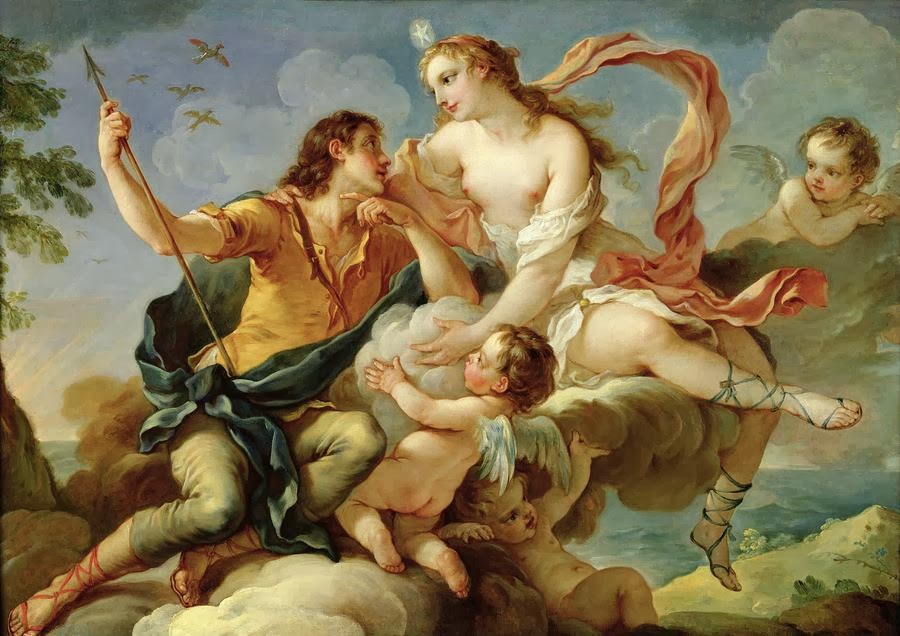 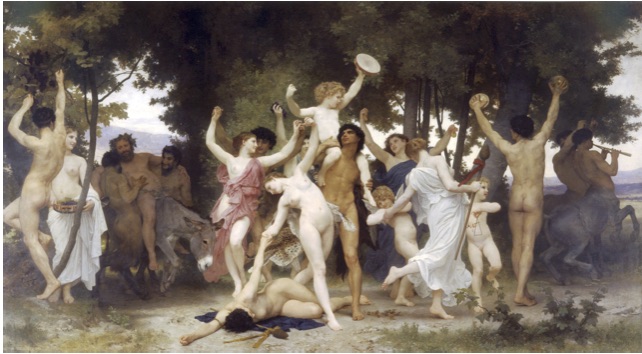 The Youth of Bacchus

I think there is a bit of a flaw in the premise of the question. It is based on the assumption that gods only help those that believe in them, however, most major religions today believe that God(s) help whomever regardless of belief. Under the concept of a single, all knowing, all powerful god, he(or she) helps everyone as need for that god's intended purpose.

This concept could easily extend to a polytheistic religion almost regardless of limitations on the gods' abilities or sphere of influence. Comparatively you might say its like not believing in Santa or the Easter Bunny, but no matter what you believe somehow everyone still gets Christmas presents on Christmas morning, and there are always Easter eggs to find on Easter. Those entities don't need your belief to continue doing their job, neither does a god.

Unless of course that is a specific law of the universe you are working with.

I would think that it would be interesting if the god were looking for someone he could build a friendship with. In a polytheistic pantheon such as the question suggests everyone he encounters would be either another god, or someone who worships the idea of gods, even if they are a member of his religion. It is likely that the gods would have some form of competition with themselves, and if the have good memories then they would be able to remember every slight against them by the other immortal beings. This would make friendship rather difficult. Maybe he thinks that by helping this guy out, who doesn't believe in him as a god, he can find someone who can be his friend, if only for a limited time.

Perhaps the gods are not all powerful. In this case a singular god might reach out to an atheist because the deity needs the person. Needs their stealth skill to sneak into another god’s domain.

Chain reaction. Perhaps the deity knows that this one atheist converting will cause a cascading effect of others converting as well.

Sheer peevishness. Some deities just want to have fun or sow destruction chaos. So reaching out to the atheist might provide entertainment.

Because they want to.

Future consequences. Related to the chain reaction. The deity can see/predict the future. Something this atheist does has huge importance for the deity. Perhaps a decedent will be useful.

It helps the deity’s worshipers.

There are really two questions here. Why help and atheist and why help someone who worships a different god (or doesn't worship any gods but still believes they exist).

Since an atheist doesn't believe in gods, a spectacular and obvious intervention would be a good way of advertising your existence. It should be accompanied by the message that "the first one is free."

Helping the follower of another god could come from prior arrangements with other gods. God of plenty agrees to make sure that none of the god of fires worships starve if the god of fire agrees to prevent fires from burning crops or buildings of his people.

Maybe the culture is polytheistic. People may worship many gods or worship one but honor the rest. Thus the gods have a vested interest in keeping all of them happy.

If someone believes but doesn't worship, maybe offer the help as a sort of bargain. Even if that person doesn't believe, they can spread the word and cause others to believe.

In classical literature, a god can fall madly in love with a mortal, whether for their beauty, heroism or simple humility. Whether or not they believe in that god or not.

Normally it ends badly, because they are used as allegory in the classic stories to give a moral. If you have too much of x attribute some god will want to catch or punish you.

Another general Idea is to test a mortal, to prove something to other gods - aka. making a point. And also in that process screw up the mortal's life..

Not the answer you're looking for? Browse other questions tagged gods belief or ask your own question.

32
Teaching people not to ask gods for help
25
Why would gods decide to teach people to not rely upon gods?

19
How will a god gain belief?
4
Supposing gods were ubiquitous, would religion be widespread?
2
How much may gods be vicious?
25
Why would gods decide to teach people to not rely upon gods?
2
Existence of clerics when god walks on earth