Could a world similar to that envisioned in the Mars of Edgar Rice Burroughs / H G exist? And if so would canals be a practical way to make the planet habitable over the long term?

For current purposes such a world would have gravity and atmosphere suitable for human life, but would have limited supplies of water most of which would be locked in the ice caps. Each ice cap would be surrounded by a zone with some water but which was too cold for agriculture. North and south of the equator would be a warm but very dry desert zone where it was warm enough for agriculture but without enough water.

Background information: Assume that water was originally more widely distributed, but the planets orbit was disturbed by the passage of a brown dwarf star through or near to its parent star causing a change in its orbit. Although the change in orbit had catastrophic effects, civilization was able to survive, but is faced with the problem that the limited water available is increasingly being frozen out at the poles generating the need to ship water from cold wet regions to warm dry ones on a planetary scale.

Also assume a civilization roughly equivalent to our own (and no magic!).

One of the major issues in transporting water long distances via canals or other means for agriculture is salinization. This is particularly evident in large parts of the former Soviet Union, particularly where large amount of water were diverted from the Aral sea. Not only is the exposed sea bed a toxic wasteland of salt flats from the water evaporating away, but the large areas irrigated by canals have also become heavily contaminated by salt through the process of salinization. (The incredibly poor agricultural practices of collective farming, unrestrained use of fertilizers and pesticides didn't help either). 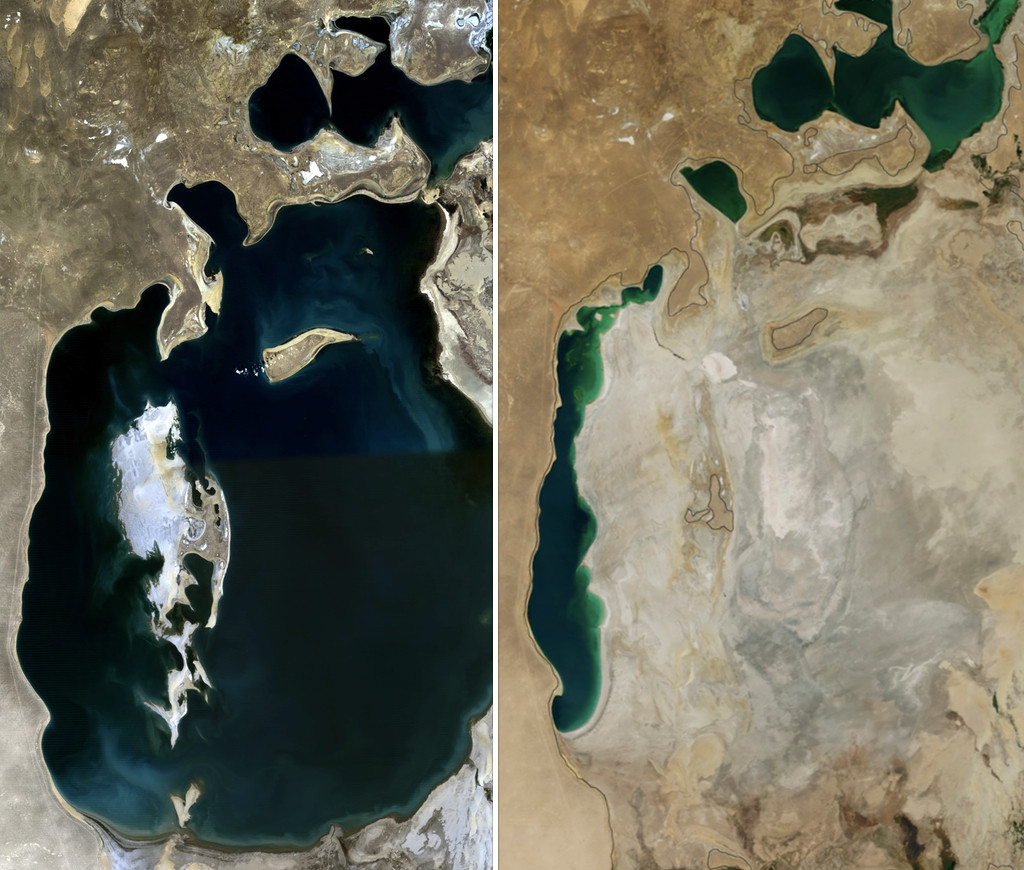 Aral sea, before and after

So the conception of open air canals along Mars, lined with lush agricultural fields and forests (hence their discovery by human astronomers in the 1800's...) is sadly wrong headed. Unlike the Nile River, which floods the banks of the river and the delta, flushing away salt build up and renewing the soil with fresh silt, canals will have a slow and relatively constant flow of water. 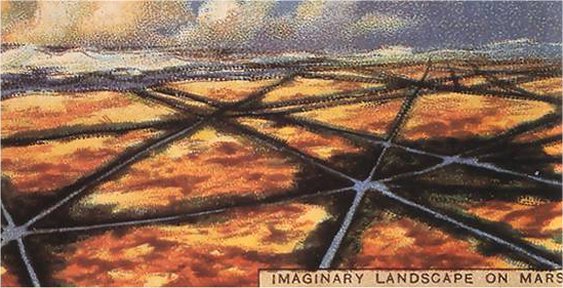 Romantic conception of the Martian canals

So how will the Martians survive? The best way to deal with this is to transport the water from the poles to the agricultural zones through pipelines, where the water is segregated from the soil. The water is also protected from environmental contamination (i.e. dirt, pathogens or agricultural runoff) entering the stream, until it reaches its destinations. 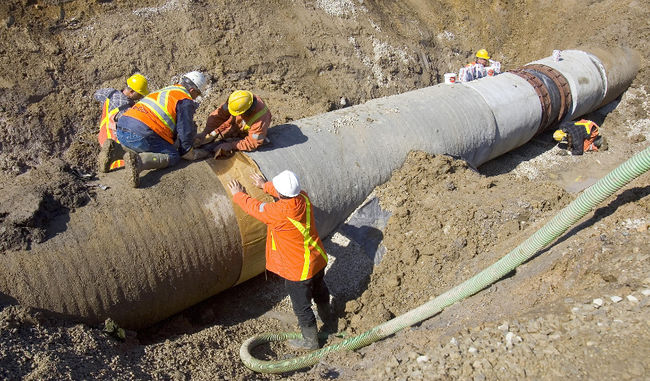 Typical water pipeline from the Great Lakes to a mid sized Canadian city. This is one of at least 4 pipelines (from two separate lakes)

The Martians can choose to store the water in whatever system is suitable, such as artificial lakes, pumping it into sub surface aquifers or building giant cisterns to hold it until needed. In order to utilize the water for agricultural purposes, the best method for long term conservation of soil (particularly given the equatorial climate is warm and dry) is to use "trickle" or "drip" irrigation. Here the water is pumped through permeable pipes laid along the rows of crops and water literally drips out of the pipe into the root systems of the plants. This conserves water, by precisely metering it to the plants, and minimizes the salinization of the soil in the longer term. 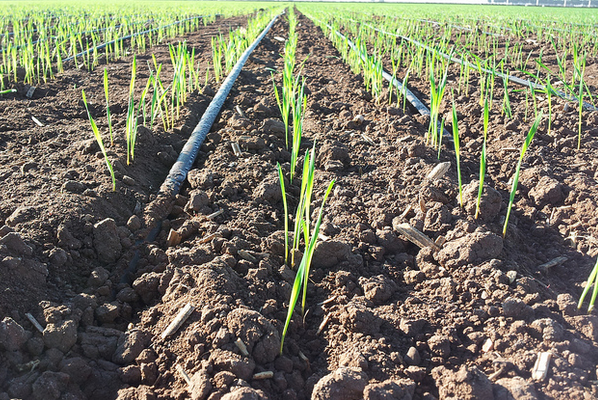 Drip irrigation in the field 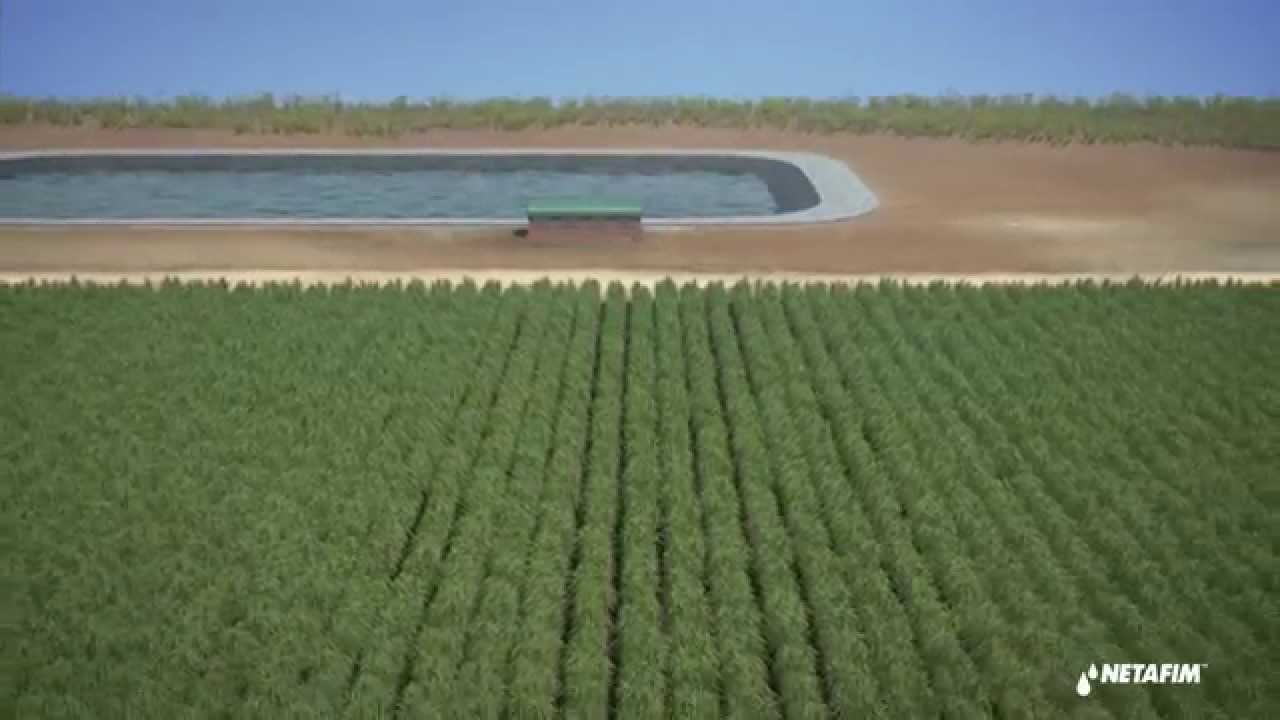 Israeli farm from the air. The Martian farms can look like this

The other major issue is the energy required to do all this. A system of pipelines will need "melting stations" at the [poles to turn the ice into liquid water. The water then needs to be pumped up to 5000+ km from the poles to the farmlands in the equatorial zones, then processed for Martian consumption, or pumped through the network of drip pipes into the fields. Extra energy will be needed to pump water into and out of storage (if artificial lake are carved into hilltops, water can flow to the end user via gravity, but you still need to pump it into the lakes first). 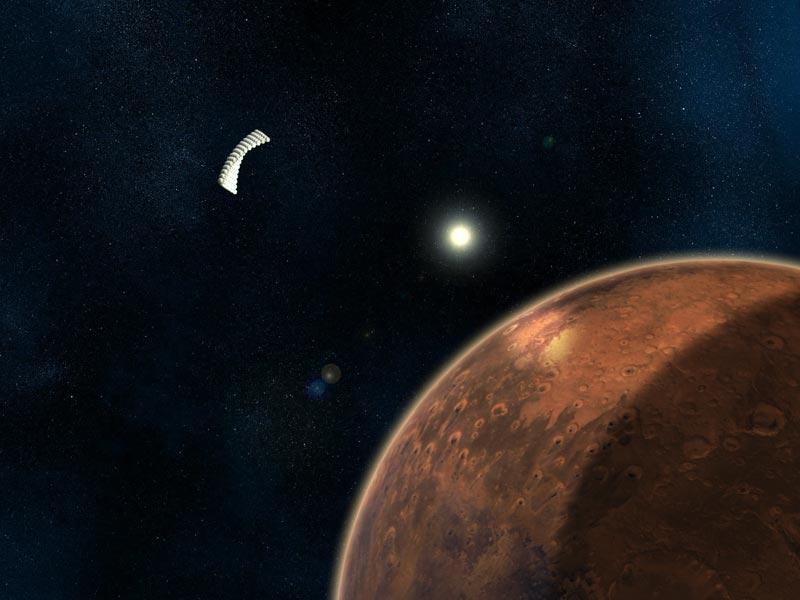 Solar mirrors over Mars. You need energy on this scale for the project to work

The Martians can use nuclear energy, solar power, geothermal energy or whatever else is common in your setting. The energy source needs to be reliable and large scale, much like the baseline energy grid on our world.

The Catskill Aqueduct carries water to New York City over a distance of 120 miles (190 km), but is dwarfed by aqueducts in the far west of the country, most notably the Colorado River Aqueduct, which supplies the Los Angeles area with water from the Colorado River nearly 400 km to the east and the 701.5 mi (1,129 km) California Aqueduct, which runs from the Sacramento-San Joaquin River Delta to Lake Perris.

I think your best bet would be an aqueduct. The term refers not to a single structure but a system - this can include canals, pipelines, reservoirs and other structures along the way. It would be a multigenerational undertaking, I think. But it could be done.

I learned about qanats on the Worldbuilding site! How deep can, historically or realistically, aqueducts and/or underground pipeline systems get? I think any fictional Martian system should include qanats along its stretch. Because it will be nice and cool in the qanat underground, and various things will take refuge there as the planet dies around them.

Yes such a world could exist and canals could then be used as a means to transport the water required.

Although canals would probably feature in places they would not always be suitable or necessary. Pipes or enclosed lined canals would be preferable in areas where there were high levels of salt contamination in the ground such as dried sea beds and salt flats or where large obstacles such as hills or mountains would make a surface canal impractical. Pre-existing features such as old river valleys, depressions and canyons might be repurposed to allow water to flow again. Dams and reservoirs might be constructed in suitable higher altitude areas to allow controlled seasonal inundation of agricultural land to prevent the build-up of salts in the soil provided a suitably low lying area was also available as a drain.

One important aspect would be the amount of time that it would take to transform the climate from the original warm minimal water world to the new warm desert - cold ice cap world. Such a process would take hundreds of years or more likely thousands depending on circumstances. If the process was relatively slow civilization could adapt more easily by extending waterways decade by decade, but if the change were rapid then adaption would be much harder and costly.

Not the answer you're looking for? Browse other questions tagged science-based technology physics science-fiction climate or ask your own question.

7
How deep can, historically or realistically, aqueducts and/or underground pipeline systems get?
4
How to build a massive canal system with the aid of limited magic that does not substantially affect anything else?
2
How do the Martians prevent salinization of their canal network
-1
What level of technology would be necessary to allow a worldwide system of massive canals be built?

12
What effect could drop the freezing temperature of water globally to −40 Celsius?
123
Could a planet made completely of water exist?
13
What would happen at the core of a water world?
3
How fast a current can ancient water way travel overcome?
5
Life in the water/snow line of a protoplanetary accretion disc?
10
How would a permanently cold tower affect its environment?
0
What circumference would a no season temperate climate planet have
2
How do the Martians prevent salinization of their canal network
4
How to build a massive canal system with the aid of limited magic that does not substantially affect anything else?