What would happen if the earth starts burning? [closed]

What would happen if the earth lights up on fire? 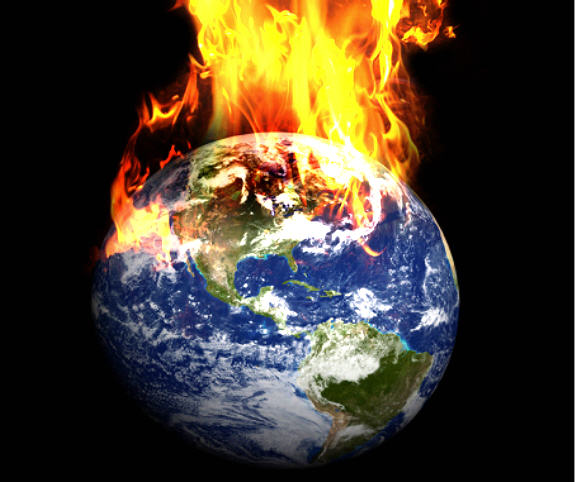 The earth is burning is it gonna explode or maybe even melt?

What would happen to the water? Is it gonna boil?

What if all the water turns into fuel?

The classic fire triangle strikes again. For a fire to burn it needs oxygen, fuel, and heat.

Oxygen
The image you give in the question shows the fire to be big enough to reach into space. Space is almost empty and devoid of oxygen, and the oxygen in the atmosphere won't be enough to supply a fire that big. (I'll also note that a fire that big wouldn't look like that.)

Fuel
The only fuel that fire will find is whatever fuel there is on land. However, the Earth is around 65-70% water, which is definitely not fuel and will just stop the fire spreading.

Heat
Again to the space point - it's very cold in most of space. Some of the fire would receive heat from the sun, but much of it wouldn't due to being shaded by the Earth.

The closest you're ever going to get to this is when the sun dies. It will cast off its outer layers and grow to a red giant, engulfing earth in fire and burning in the process.

Not the answer you're looking for? Browse other questions tagged planets space geography earth or ask your own question.