What are possible catastrophes on a space station?

I'm working on a passage of my SciFi novel where my current primary character is escaping from a highly secure, enemy military, space station. I would like him to cause some sort of catastrophe to both cover his tracks and cause significant damage.

The damage does not have to be explosive, but I have already explained that there is no way to sneak any explosive or contraband into the station. I have been struggling to think of some way that he could compromise the life support because it is a large station with independent sections. The same issue is in the way of explosive decompression as sections are easily sealed off.

I then thought some sort of reactor meltdown would work, but my civilization primarily uses fusion reactors which, after doing some research, can't really meltdown and the closest they get to an explosion is more similar to the explosion of an MRI machine (not so impressive). A radiation leak might be a good compromise, but I am not sure how exactly that might happen.

How he can cause a catastrophe to cover his tracks and cause significant damage on the space station?

Edit: More details on the space station. It is suppose to be the center of military intelligence and functions essentially like a cross between CIA headquarters and the Pentagon.

Excerpt: "The station was essentially a stationary drum encased by four, counter-rotating rings. What could be considered the base of the drum faced away from the planet and acted much like a massive satellite dish. The other end of the station directly transmitted information to and from the surface."

My character is currently located in a service corridor within the last ring, furthest from the planet. He was not expecting to need immediate escape as his mission was intended to be long term insurgency.

For anyone interested, here is a link to an early version of the chapter. It has been edited a few times and some parts have been changed to improve the flow of the story, but it's roughly the same for the most part. The part where this event takes place is at the end of the chapter, but please read the whole thing and let me know what you think.

Your space station needs a few things to function properly. There is energy, which is needed for everything, but most of that can be gathered via solar panels and of course your fusion reactors.
But then there is the need to eventually change the location of the station. You need to compensate for mass changes, for example. That means, your station will probably have maneuvering thrusters, and those most likely need fuel.

If your character could engage one of those thrusters to force the station into a spin, or even into a deteriorating orbit, and at the same time use up or vent the fuel reserves for the thrusters, that should have a decent chance to endanger the entire station and cause enough chaos to allow him to escape.

You want this to be something cool, so the movie will get made. If you can come up with space station specific things more power to you. Three ideas I have:

1: Hack the gravity. Turning the gravity off is fine. Everything floats around, very nice. For more destruction, turn the gravity up. Way up. Furniture collapses under its own weight. Massive objects are pulled through the floor, and then the floor below that on the way to the center of gravity. If your gravity is produced by futuristic gravity plates, fine. If your gravity is produced by spin, things on the outside of the station will begin to break off and shoot away as it spins faster and faster. Humans are crushed to the floor, unable to breathe because of the weight of their chests. If someone thinks fast and can increase air pressure the crew could still breathe but they will lie there unable to move.

I like the idea that the hero could leave something on the incoming derelict that would broadcast something to the enemy crew. But the only thing I can think of is this. 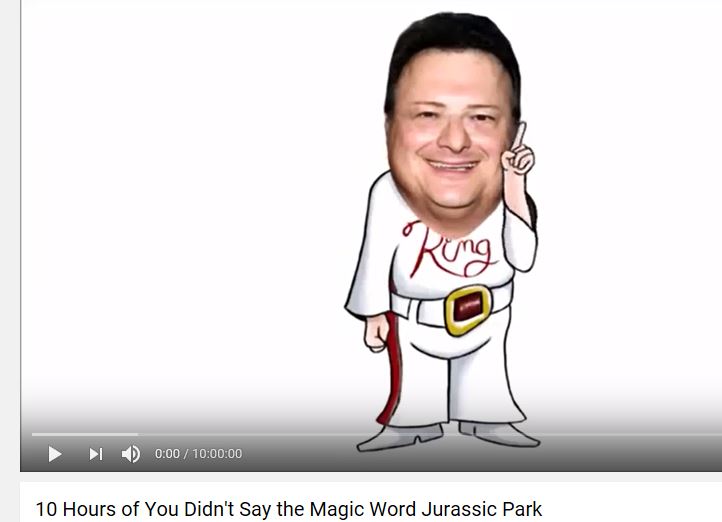 So, you need a solution that will not put everything into lockdown. The bulkheads need to remain open, which rules out explosive decompression, localized fire, releasing all the convicts from the prison and the like.

It would be nice to have a hectic evacuation to really mess things up. Something deadly and fast enough that he could steal a uniform and no-one will bother with ID checks.

Real (or simulated) radiation leakage from the reactor: unlikely, as any competent designer would put the reactor outside the station, on the end of a long beam...

Killing the power: a military station would have redundant systems and backups, thus unlikely. Also he will need power to escape, open doors, etc.

Disseminating a pathogen through the air circulation system: this could work, but would most likely result in quarantine.

Have all the life support systems fail at the same time. This would be highly suspicious, but immediate evacuation would be required. "Haven't you seen the product recall? The air scubber model XYZ that we use has been found to fail catastrophically when a certain product is released in the air..."

Now, considering it is a "huuge" military space station, it is bound to have tons of weapons onboard, perhaps nukes, also hangars with space ships in them...

I would suggest simulating a meltdown in one of the parked ships, preferably one which is in maintenance and unable to take off. Perhaps the one he came in, he could have done something to the ship, planted a bomb... Or perhaps fake abnormal readings from rhe nukes in storage. Start a fire in the missile bay... rocket fuel doesn't require oxygen to burn, so venting is useless, but everyone will run for their lives.

Or hack the radar and have a simulated cloud of meteorites appear from nowhere.

Fusion reactors take a lot of energy to start. If he can shut down the fusion reactors, people will be pretty busy trying to get them restarted.

Also, if he manages to break the plasma containment, that could destroy the reactors meaning that they will be on very limited power until the reactors can be replaced. The plasma will be hot enough to damage most of the reactor room. If the builders are smart, they would have built the room with an external shell that can withstand the heat/pressure of the plasma once it has had a chance to expand. Otherwise, nearby parts of the station might be damaged as well.

Lets assume you need electricity to power your ship. A fusion reactor creates heat (a lot of it!), but you don't want heat. In fact, heat is dangerous for a space ship since it is hard to get rid of. What the ship needs is some way to convert heat to electricity.

In modern nuclear power plants, this is done via steam. A hot reactor exchanges heat in a steam generator, high pressure steam flows into a turbine, the turbine spins a generator, and electricity is the result. Steam in space is unlikely, at best, but a different thermodynamic cycle might be used: the Brayton cycle.

A jet engine runs on an open Brayton cycle. Air is sucked in a compressor, the compressor increases pressure and blows it into the combustion chamber where jet fuel is added and burns. The now much hotter gasses blow over a gas generating turbine, which powers the compressor and then out the back. You can turn this into a closed loop system by adding another power turbine, then sending the exhaust air back into the compressor. The power turbine will then drive your electric generation systems.

In space, the combustion with jet fuel would be replaced by heat exchangers with the fusion reactor. The reactor would heat up a special tungsten/ceramic/some superalloy to 2000 C +; this would then exchange heat with the working fluid inside the Brayton cycle system. The working fluid no longer has to be air, which is fully of nasty corrosive things like oxygen. Instead, replace that with a nice, heavy inert gas like krypton or xenon.

Sabotage to this system isn't as scary or serious as a 'reactor meltdown,' but it will cause a lot of damage. First off, an expanding cloud of 1500 C gas is nothing to laugh at, especially since it is Xenon and will suffocate anyone caught in it (even if it has already cooled down). Second, if the fusion reactor's heat is dissipated in the heat exchanger, you have to drop the power output of the fusion reactor, quickly. An overheated fusion core could damage itself, and that would be very bad. Engineering personnel would train for exactly this sort of catastrophe.

Ultimately, it is highly unlikely that your character just wandered into the engine room and found an unprotected Xenon gas pipe...and that he could even damage it. They don't keep extremely high temperature gas in plastic tubes, you probably couldn't cause a leak with axe even if you tried. You'd actually have to get to the control room to really sabotage it.

A more practical way to start a calamity is just to start a boring old fire. Fire on a space station is bad! Fires eat up oxygen, which people also need. Unlike on Earth, there isn't a near-infinite supply of the stuff, so you have to act quickly to stop the fire and then restore oxygen (and get rid of carbon monoxide and stuff).

1
Sabotaging a planetary blockade
7
What sort of forces can be expected in the sudden stop of a rotating space station ring?
9
Is this station design likely to cause balance or vertigo issues?
1
Orbital tether snap like a rubber band?
7
Space station scenario feasibility
2
Is there a way to reduce one's processing speed and perception of time?
4
What kind of wounds would a pulsed laser weapon really create?
0
Effects in space on a human standing to the side of the muzzle of a huge rail gun when fired
7
Controlling Air Temperature on a Futuristic Spacestation with Iron Age Technology