How to make hero couple work that don't speak the same language? [closed]

By couple I don't mean they are in a love relationship but that certainly might happen down the road. Just to be 100% clear I'm talking about man and woman here. The idea is that they start out as mortal enemies, then get thrown into a situation where both are out of their depth and have to team up to make it out alive. Alas a lasting partnership ensues. They begin as enemies because we first meet her and him on a battlefield as parts of two opposing armies trying to wipe each other off the map. The armies belong to different nations, hence they speak different languages.

There's a lot of potential here from a narrative point of view but as the story progresses there must be ways for them to communicate efficiently or they won't be able to survive. I imagine both to be of the "strong, silent type" as they are warriors as in experienced soldiers that have seen and done a lot that's not to be bragged about and that would mess up the minds of weaker willed people completely. They come to understand each other as being of the same breed.

Now the fact that they start respecting each other and share experiences that are new to either of them is a big incentive to start opening up and sharing. Just how would that happen when they aren't able to speak to each other?

But for them to learn the local language would be difficult to integrate into the plot as language-learning is a time-consuming process with flow-killing potential and their first attempts might just come across as awkward as my conversation with the European fellow in Asia. The awkwardness might make an already weird situation more believable though and few things lend themselves better to induce romance than to have the protagonists study together. It shouldn't become comic though as the undertone is serious. I can't imagine two elite soldiers going to school Harry-Potter-style! Them learning the local language would have the added benefit of being able to more directly engage with the locals.

It's gonna be fantasy so a magical element is possible. Magic could be used to speed up the learning process so as not to make it awkward. I'm open for ideas.

They do not need to communicate efficiently, merely effectively - nuance of meaning is not essential.

They are both experienced soldiers in a survival situation - most needs will be either self-evident or capable of being communicated by simple signs. They are both the strong-silent type, so are unlikely to be chatty anyway. They are likely to have some words in common, but being similar in terms of experience and need is more likely to enable a more wordless communication anyway.

Language, initially, would not be necessary - gestures, and the occasional unintelligible shout to get attention, would be quite adequate.

Other communication would develop in time.

My grandparents met, in New York City, in the garment district. They were immigrants from different countries; one spoke only German, the other only Italian, and they were 15 and 16, respectively; both orphans on their own.

They worked across the street from each other. My grandfather, even at 15, was built like a quarterback. About one week into his job (cutting patterns out of cloth with a knife), he was taking a break smoking a cigarette outside, and crossed the street to push a guy that was harassing a girl. There was no fight, he told the guy (in Italian) to back off, the guy didn't understand him, so he gave him a hard push and the guy fell on his ass. Then rolled over, got up and walked away cursing. My grandmother said Thank You (in German), my grandfather nodded, touched his bowed forehead, and went back to work.

That night he waited an hour for my grandmother to get out of work; when she did she said hi and smiled; he slapped his chest and pointed down the street, said "I will walk you home and nobody will bother you," in Italian, then put his hands behind his back.

She nodded. They managed to exchange names, and walked two miles. He talked the whole way in Italian. She only knew German. They used what little English they were picking up. he walked her home every night for a week, then started showing up at her apartment (shared with half a dozen other girls) to walk her to work, too. He moved into an apartment (with roommates) a block from her apartment. They got married six months later, had six kids, and stayed married for life.

Actions speak louder than words. They did not share a religion, a language, a culture or have any common friends. I believe they were strongly attracted to each other (they were 16 after all). Entirely at random they ended up working on the same street. Not entirely at random, my grandfather did nothing but work his job and pursue this girl. Good luck, because she says she was in love from the start.

A couple will work to communicate when they are motivated to do so.

From a writing standpoint, if you must start them as mortal enemies; that should not be a personal issue (he murdered her parents or something), but a more ideological or abstract reason. In Romeo and Juliet, he is a Montague, she is a Capulet: The families are mortal enemies, but the kids can get over it. They could be from two countries that have been bitterly at war their entire lives. Or different religions. The "mortal enemy" label must be something they can forgive and forget once they get to know and trust each other.

They can use telepathy.

They only need to have a common emotions and feelings set, which being both of the same specie is granted.

I.e. let's say one is Dutch and the other is Italian. If the Dutch wants to express by language the meaning of being thirsty, then the word Dorst will be used, which having nothing in common with the Italian Sete will not be understood. Instead the brain signal of being thirsty will be understood independently from the used word.

This can also add some twist to the plot, as they can have some cultural difference which reflects on their behavior and thoughts. Think for example to the Bushido ethics and how it was perceived by Westerners in XIX century. 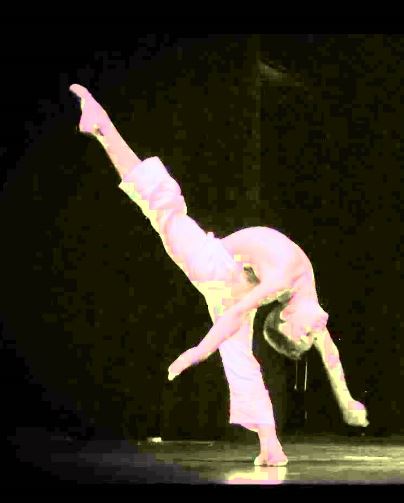 Obviously there is some point where pantomimes are going to happen. That is sort of boring. Imagine, though, one of these warriors is from a dance tradition, where stories are told through dance and movement. Instead of lame halfass charades type thing (s)he launches into a dance.

The other one watches, jaw agape. When the dance is done and turns to glare are the other, she mutters "holy s..." then slowly nods.

The warrior who watches this is not a dancer and her culture has no tradition of dance. But she is trained in martial arts. She knows katas. 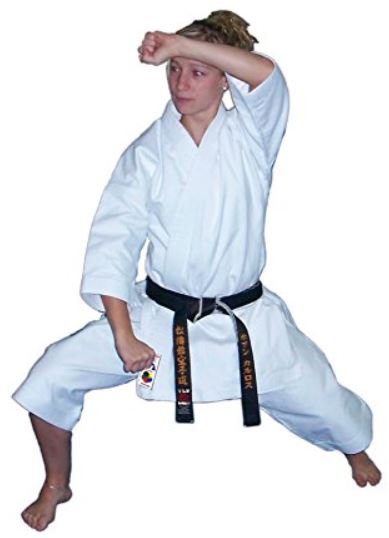 She perceives the similarity of how body movements can convey a narrative and so presses her katas into service.

I like the idea that by putting words into the dance / kata, the two wind up speaking a language that is a hybrid of both.

EDIT - this link might be helpful! Learning a new language without any reference

I don't know if this would fit your story at all, but if your couple (who speak languages A and B) are travelling through an unknown environment, perhaps they would have a guide who speaks language C fluently. The guide probably would have snippets of languages A and B (because they're a professional guide), but both characters would have to become used to communicating in language C.

It might give them a way to break the ice as well - if they can empathise with the difficulty of learning another language from scratch, perhaps that could bring them together.

A similar(ish) scenario appears in Patrick Rothfuss' "The Wise Man's Fear" - the protagonist journeys to a foreign country with a mercenary band, one member of which speaks the language Ademre. The protagonist knows nothing of Ademre, and the Adem speaker knows minimal English, so there's a lot of miming and charades to try to understand each other. Simple concepts like "tree", "road", "food" etc. are easy, but communicating something like "existential dread" by charades? A bit more challenging... Either way, attempting to learn each other's/a whole new language is definitely a good way to make friends.

Seems like you solved the main problem already: they have to work together to live, and then do so.

Why complicate it more than that? Hormones flowing, able bodies in isolation, cold night one blanket... why wouldn't they get it on?

Solutions in fantasy include Common.

In D&D there's a common tongue, and in history there have been 3rd languages used to communicate certain ideas--a merchant tongue of some kind could work here, but it's likely that they will be using words like TRADE or VALUE with a limited vocab related to commerce.

In Medieval times, French and Latin was learned by the educated. If they have a little of a 3rd language that isn't native to either, this can help.

The third language option can actually be fun because they might use common phrases to communicate larger ideas.

Some ideas for you...

With gestures and a mix of their own languages.

Think Hell in the Pacific. If they are warriors of some kind they share way more common ground than any other two random individuals, and information exchange required for survival is really minimal. Strategic planning is a different world, but if the goal is surviving, and they need each other to do so, communication would develop organically without any need to appeal to magic or technology (which is a really lazy approach). That's if you want to explore the relation at that level, which is both interesting and easily transferable to many other contexts.

Not the answer you're looking for? Browse other questions tagged magic science-fiction or ask your own question.

24
Learning a new language without any reference

26
How could flying soldiers influence medieval battle tactics?
3
Planning magical language lessons
10
How does a mundane army defeat an immortal army?
20
Justifications for a language learned via magical transference?
26
Realistic 'hacks' that programmer may exploit in a brand new FTL comm system that was not securely written?
23
What could cause an entire planet of humans to become aphasic?
5
How can three separate magic systems benefit over an all-inclusive one?