In my world, a scientist and engineer by the name of Guan thinks of the practicality of a vacuum airship transport and possible pitfalls.

What major Problems and Practicality issue might exist with making a Vacuum Airship?

I would suggest to use hydrogen-filled blimps.

These would be only fractionally (~7%) less efficient than vacuum while having no structural problems.

Low Mars atmosphere density calls for huge balloons, but they would probably be feasible.

Sand storms shouldn't be a big problem as they are usually confined below 800m.

Mars has a lower atmosphere density, which means there's less pressure drop with altitude, which, in turn, means higher altitudes can be achieved with less buoyancy reserve.

If this seems acceptable we can try to compute required sizes and engine power.

Dr Guan will of course be familiar with the Eighth Barsoomian Ray, long used by indigenous Martians to fill their lighter-than air craft.

The powerful source of the ray in the center of the vacuum "reservoir" emits 8th ray spectrum photons. Although technically massless (and so not interfering with the vacuum), photons have relativistic mass inversely proportional to their wavelength. https://physics.stackexchange.com/questions/2229/if-photons-have-no-mass-how-can-they-have-momentum

The excellent thing about the 8th ray is that by virtue of their relativistic mass, the photons can do work against the interior of the vacuum reservoir, keeping it "inflated" against the exterior atmospheric pressure. The special semicrystalline coating on the vacuum reservoir interior helps to make sure these 8th ray photons expend their energy there and do not penetrate on through. The back pressure from reflected rays can itself limit further emission from the source, via relativistic mass action.

On the occasional instance where the vacuum reservoir is penetrated one can see the effect of the 8th ray on the external atmosphere. If the hole is small (such as that created by small arms fire) this effect is enough to prevent atmospheric ingress until the crew can patch it. Larger gaps are dangerous because the source, no longer limited by reflective rays, will emit more radiation and so enter a runaway feed forward loop, consuming itself and the surroundings. 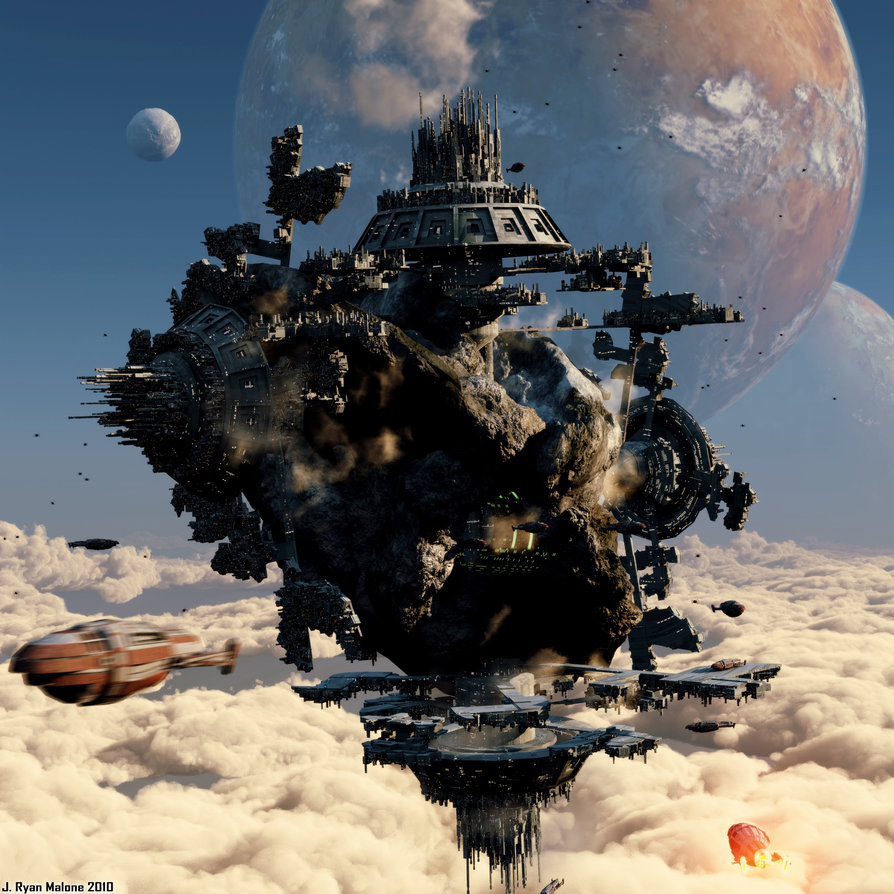 5
Will this anti-gravity airship balloon give me a working vacuum airship?
5
Vacuum instead of light gas?
1
Designing a Mars-Class Zeppelin

9
Could a plant be engineered to live in a vacuum?
5
Will this anti-gravity airship balloon give me a working vacuum airship?
16
How to get down Valles Marineris
1
Designing a Mars-Class Zeppelin
4
Sandalphon: A Machine that Copied Gametes
3
Space vacuum food preservation
2
What materials and what shapes should be used for struts inside a vacuum airship's envelope?
6
Vacuum airships