My Kepler Bb humanoids have 2 stomachs for multiple reasons, 1 of which is the digestion of bone.

When it comes to bone digestion, the bone is chewed up and goes through the esophagus into the first stomach. Meat gets digested relatively fast due to stomach acid and gastric proteases. But bone, without the second stomach would stay intact and likely cause bleeding in the small intestine.

However because of there being a second stomach, this changes things. Now volumetric mass density and gravity can both be used to their advantage. Because of the difference in density between partially digested meat and intact bone, the bone will sink further, towards the gastric sphincter. This triggers both the lower esophageal sphincter and the pyloric sphincter to close and the first stomach to push the bone towards the gastric sphincter which then opens to let the bone through into the second stomach.

Here, a higher amount of stomach acid and the presence of bone digesting enzymes both speed up the process. And the fact that digestion in the second stomach is 100% chemical means that the bleeding risk is very close to 0. After the bone is fully digested, peristalsis pushes the digested bone upwards against gravity. So the muscle layer of the second stomach must be thick to provide enough pressure to counteract gravity.

But the digestion of bone still takes a long time. It takes about 8 hours to fully digest an average amount of bone in a meal into minerals, protein, and fat. This is about the timing between the first and third meals assuming hunger is satisfied with every meal. This could mean that the second stomach isn't done digesting bone for longer than the amount of time that a humanoid sleeps.

So how could I speed up this bone digestion further without having to decrease stomach acid pH?

Plenty of chemicals can dissolve bone, including good old hydrochloric acid; the main problem is that it takes a long time because chemical digestion can only affect the surface area of the bone. If you want to digest bone efficiently, your best bet is to maximize the physical grinding of the bones.

In addition to the normal sharp canine teeth, which are specialized for tearing flesh off of bones, your creatures may have wide, flat teeth optimized for crushing the bones themselves into powder, or even rounded top teeth that "slot" into calcified pits in the lower gums, like an organic mortar and pestle. These teeth will need to be replaced on a fairly regular basis, as crushing bones is going to be hard on any material.

If you want to have real bone-eating specialists, you can give them a ruminant-like digestive system, where they occasionally bring up partially-digested bones for further chewing. Ruminants have this mechanism for this very reason; plant matter is hard to digest using chemical means alone and needs to be chewed for a long time.

As has been pointed out animals eat bones and do OK. You could take a page from the book of one which has been doing so a long time: crocodilians. Crocodilians eat rocks, which act in the stomach to help them crush their food. 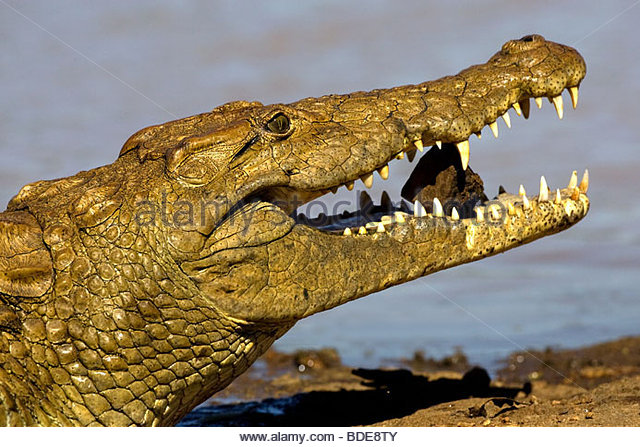 If you have a whole separate stomach like organ dedicated to grinding food with ingested rocks, you have converged on the gizzard. Gizzards do exactly this for lots of different animals. Here are gizzard stones from a chicken. 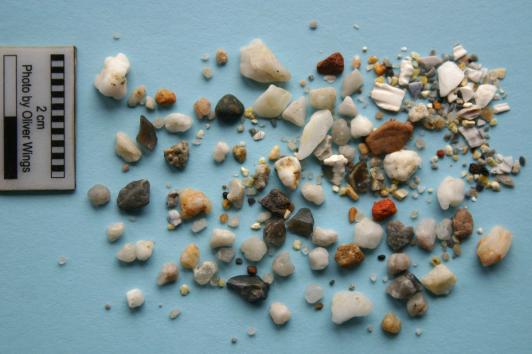 Bone are nutritious: loaded with fat and protein. Grinding the bone thoroughly in the gizzard will facilitate the extraction of the nutrients from the inorganic matrix.

As re the hazards of calcium absorption - calcium absorption is tightly regulated by a number of different mechanisms. The fact that you ingest a lot of bones does not mean you absorb all that calcium. You can pass it, like this dog did. 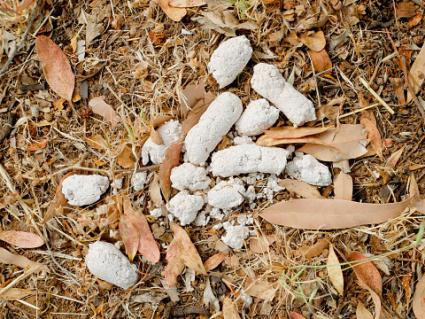 Use the usual trick that any living being uses to speed up chemical reactions: enzymes.

A proper enzyme can speed up the chemical digestion and let it be completed in the time frame you have in mind.

However mind that digesting bones has the issue of putting a lot of Calcium in circulation, which is not necessarily a good thing. For example in humans excess of Calcium leads to

Hint: the creature can use the Calcium for growing a bone armor (useful if it is a scavenger)

5
How would a non-ossified hyoid bone affect the vocal range of a humanoid?
26
What sort of beak would a bone marrow eating bird have?
7
The eating habits of metabolic wizards