How would castles be built in a medieval setting where some humans can fly?

In my world a lot of people can fly. It isn't everyone and it isn't all to the same skill level. Some people can only float around a bit, while a master can break the sound barrier. There are enough people like this to form all-flying squads in an army.

Castles in real life are very open to the sky, and while crossbows and other ranged weapons would still exist, I would question their effectiveness against a troop of flying people with more movement options than a walking solider.

How could a castle built for defense be made accounting for assaults from the sky?

EDIT: Mechanics of flight: It is performed 'superman' style, where you can float stationary and move around as if in water. No arm flapping is needed and no 'exhaust' wind shoots out from your body. Flight can really be in any direction but headfirst is generally the best for looking and aerodynamics.

Assuming a Middle Ages technological level (you may want to specify) I would assume high towers connected with a web of nets to impair flying attack while providing good visual reckoning.

Battlements would have some coverage to protect from air, even if I presume airborne archers would be much less precise than the ones with their feet firmly on the ground.

I would also suggest a copious array of trained falcons and owls to help in the fight.

Other characteristics would depend heavily on details of these "flying abilities", in particular:

If flight is so common and stead and effortless then it may be better to use bunkers instead of castles.

I strongly suggest to give some limitation to flight, something along the lines:

Otherwise it would give too much of an advantage and underground bunkers may be necessary.

Underground bunkers, however, would be more vulnerable to ground attacks, given a medieval setting, as it is difficult to fight back. You can only delay enemy advance to be able to escape via some other route (see the Rolling Stone Doors of Derinkuyu and their usage).

I would consider the following:

More enclosed: If your developmental timeline permits it, copper for steep surfaces and slate for more level surfaces. A focus would be on steep rooftops so that dropped objects will fall to the ground rather than penetrate the structure. Coatings (e.g., rubberization or tar) might also be employed to protect surfaces from acids and other corrosives.

Protected Walkways: Where many of Earth's castles had an open space where all traffic, people and animal alike, traversed, I can imagine a focus on covered walkways, connected buildings, and even underground foot-traffic passages for everything but carts. (And maybe even some large ones for the carts.

Relocation: Earth's castles were often located because (a) the geography made them more defensible and/or (b) the location made observation of the surrounding countryside easier. In your case, I can imagine mountain sides such that only one side of the castle is easy to approach from the air. I can imagine taking advantage of natural caves. And I can imagine (b) not being an issue at all since flying troops would always be more efficient. Rather than locating near waterways, they would locate (perhaps) at altitude to minimize the number of attackers (or, said another way, to maximize the dependency on skill. Weak flyers can't easily reach the castle).

Central Towers: Where our castles tended to have narrow windows to maximize defense from arrows (and because glass was something that came later... large windows meant large drafts), I can imagine tower tops similar to helipads that permitted easy egress for stationed troops. Towers would be thick to accomodate the structure and to hold troops and supplies. Where our castles had (generally) some spires and high places for observation, your castle may have one or two cylindrical towers (basically a flat top, or some structure only on one side or dead center) about which the rest of the castle would be built.

Archers: Not knowing your technology level, I'm assuming that non-flying archers would find emplacement to protect against all but the highest-flying attackers. This might necessitate early development of smoked lenses (sunglasses) to protect archers against the sun as flying between sun and defenders would be an easy counter-attack.

Diminished Dependence on Walls: I'm guessing that having flying troops might cause less dependence on siege equipment. If so, sideways defense against incoming stones might give way to top defense against dropped items. Thus, your castles might not have a substantial surrounding wall (or it may be less prominent).

Avoidance & Detection: Finally, and I'm thinking about pidgeons here, your castles might develop roof spikes to keep unwanted guests from landing and weighted (if there isn't much snow) trip-pads where aerial attackers must land to enter a building that would activate an alarm (fancy way of saying, "ring a bell").

Searchlights: Finally, finally, I can easily imagine early development of basic mirrored optics. Think "searchlights" but with flares (brightly burning candles) vs. arc electricity. Of course, this would only be valuable if the searchlight can see the incoming attacker before the attacker is in range to destroy the searchlight... but it might be possible. Like I said... flares. 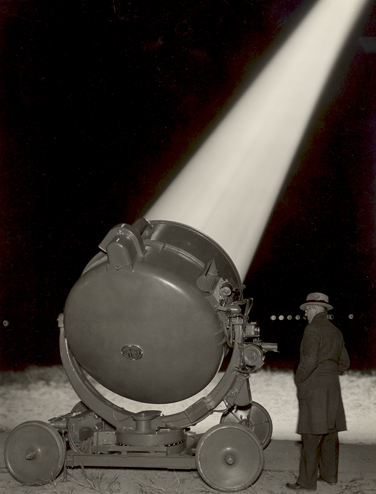 What's your castle for? There are a few different reasonable answers:

1) Be imposing to look at and tower over the surrounding countryside.

2) Provide a secure strongpoint on a border.

3) Provide a refuge for people to flee to in the event of attack.

4) Somewhere for the rulers/rich to live.

Now, for the others, a lot has changed: for refuge during attacks (3), the correct answer, where possible, is basically "just bury it". It doesn't matter how well your attackers can fly (except for the ones that are going ridiculously quickly, I guess) if they need to attack down a narrow tunnel. If this is your only use, you're ending up with a tunnel system with only very defensible (and probably mostly hidden) entrances. You might want some farms above-ground, and those are going to be very hard to defend: they've got to be open to the air, just by their very nature. Honestly, I don't see a good way to defend this against a force with superior numbers in the air, unless you dedicate a large percentage of your population to just standing around there under some kind of protection shooting at those air forces. This might just be a matter of not having them, or giving up on them if the enemy has air superiority (therefore making air troops an essential element of any siege force that significantly shortens sieges).

For secure strongpoints (2), it's still mostly a matter of "just bury it", but you still need to have something sticking up above the surface, as a watch tower if nothing else. So basically a tunnel complex as above, plus some towers sticking up that have no entrances and just some narrow slits to look out (too small for anybody to get in through).

If we're adding imposing on countryside (1) in, pretty much as above, but make your sticky-up towers bigger and more imposing.

If we're adding grand residences (4), you might want a more significant above-ground complex (caves aren't that nice to live in). You still want it set up so that you can still get anywhere in the castle while staying underground except for right at the end, and certainly without going into the outside areas, and plenty of (well defended and easily sealed) entrances everywhere to let your rulers get underground in a hurry.

Well, if flying is a large issue in that world, one would probably imagine that they would try to build in places where up is protected, like building inside a mountain or underground, basically building in places where the flying enemy would be forced to stay low and close.

The question you need to ask is how big a rock can you drop how fast and how does that compare to siege weaponry? Is it possible to build a roof strong enough to stand such aerial bombardment for a whole siege?

Bear in mind that having flyers means that the besiegers are vulnerable to bombardment and to attacks on supply lines. Wrecking the supply karts of a moving army cripples its ability to move or to stay away from its supply source. Castles could be even more powerful, particularly if they can have launchers that give flyers an initial boost so flyers above the fortress don't have a big advantage.

Not the answer you're looking for? Browse other questions tagged medieval super-powers flight medieval-europe .

49
How would the existence of large rideable flying creatures have changed the design of castles?
2
Fortifications design in a fantasy world with early cannons, magic and airships

49
How would the existence of large rideable flying creatures have changed the design of castles?
31
Humans can now fly. What new laws are created?
32
Humans can now fly. What happens to the transportation industry?
3
I need a huge castle that can hold of vast numbers off invaders, there is magic, medieval tech
10
In a medieval setting, where would large amounts of food be stored?
5
How to keep a peasant army relevant in a setting where individuals can train to be superhuman?
20
Medieval Setting - Castles Per Capita
6
Can a medieval gyroplane be built?
16
How would you capture deer alive in a medieval setting?