What's the fastest way for a creature to move across land?

I've recently read an article (Source: https://www.livescience.com/22146-why-don-t-any-animals-have-wheels.html) explaining why animals don't have wheels for locomotion, and that legs are common because they can evolve gradually over time, whereas a species cannot gradually evolve a wheel.

I'm wandering how viable it is, by instantly modifying genes (or a similar approach), to give an animal body parts that allow it to move far faster than legs, since wheels are not viable.

I would like the body part to be passed on through natural reproduction, so some form of technological-biological hybrid wheel, for example, would not work.

It terms of the amount of time this speed is retained for, a small burst of a cheetah's is acceptable, but not preferable. I would like the creature to be able to reach high speeds for at least 60 seconds.

Hovercraft. What makes human build hovercraft relatively inefficient is loss of air from cushion. Most hovercrafts have "skirt" that helps to keep air under vehicle but it is not perfect.

An animal can make near perfect skirt that would adapt to earth
irregularities. Think how you put your feet on forest track. You don't need to look straight at your feet - you look ahead and remember shape of land and put you feet accordingly. An animal that looks like skate(ray) can look ahead and move accordingly to terrain, "clinging" to it. It would inhale through mouth and exhale air through holes below body, creating hovercraft-like cushion. And it would push off the ground with legs(cushion just eliminates friction, it does not propel).

100 kg hovercraft spends around 10 liters of gas per hour. I would guess that animal with near perfect skirt could easily use 5-10 times less energy. 1 liter of fuel = about 30 MJ of heat energy = 7.5 MJ of mechanical energy with 25% efficiency(goes for both internal combustion engine and animal efficiency) = 2 KWt power for our 100 kg animal. A mute swan weights 10 kg and uses about 200 Wt(about 50 km/h in migration if you take out wind speed). So our hovercraft animal would have metabolism of a bird, but it would move twice as fast.

Animal like this would be ridiculously fast - it would go on cheetah burst speed(100-120km, about 15 seconds) for hours. It would be stopped by high grass or brush, and it would have very bad maneuverability, because air cushion, unlike wheels, does not provide traction.

Evolution of such animal would be a little tricky - nature acts gradually so we need to show that small changes are beneficial. I would imagine a walking bird predator on swamps, one that attacks from ambushes and pursues victim for some ten meters. It is walking because niche of flying predators is taken by other species and though walking bird is slower, it is heavier and has less fragile constitution so it has its own niche and it would not return to flight. Legs sink in mud during a dash like this. It would lower its rudimentary wings in the water sometimes and they would create lifting force, lessening load on legs. If it exhales air under wings, then its bubbles act like grease. Respiratory system of birds is quite different from ours, separate exhaling hole could simplify it, lets suppose that our creature already had this improvement before it moved to swamps. Then exhaling hole maxes air greasing much simpler - you don't need to move your head up and down to in/exhale.

Now natural selection favors animals that can exhale more than needed for breathing. Air acts less than greasing and more as cushion now. It learns how to save air from cushion, moving wings to cover all gaps. Now it has superior way of movement for swamps - it is not hindered by mud and requires less energy than flying. As it perfects it's air cushion, it starts doing raids out of swaps to plains. There abundance of food allows it to increase size(it increases efficiency of the cushion as well). A new top predator appears...

Hunting episode. "A herd has gathered into tight mass. Even biggest and strongest bulls are afraid - a several skate-like shades slide around so fast that eyes can hardly track them. A calf comes out of bushes and hurries back to his mother. A shadow goes straight for him. He jumps to the side at the last moment and toothed jaw snaps some centimeters to the side - no matter how predator strained his legs and neck he could not make turn sharp enough at 150 km/h!

An old bull comes out to challenge monsters. He puts his horns out and shadows turn to the side. But he misses one and it passes right behind him. Predator kicks with one leg to turn his back to the bull and reaches out with other leg, grabbing bull's leg with his claws. A powerful strike, aided by a hundred kilograms of predator weight, passing at breathtaking speed of 50 meters per second, easily breaks thick bone. With loud bellow bull falls to the ground. His fate is sealed..."

What you want is the kangaroo

While it ostensibly has 4 legs, the way is uses them is unlike any other animal.

First of all, it uses its tail as a 5th leg.

Then there's the bounce

Highly efficient because of the elastic tendons in the back legs, a large portion of the energy from each bounce is recycled into the next, allowing that sustained high speed.

Obstacles are much less of a problem than for a runner in contact with the ground with more legs more frequently. Hedges, fences, small rivers are passed in a single bound.

Unlike the much lighter weight cheetah, it also has the ability to kick your stomach out through your spine.

Moving overland is the trick and reason animals will never develop biological wheels. Just consider all the infrastructure we need to make wheels effective on a regular/safety basis.

That said nature does a pretty good job on its own. You should meet the American Pronghorn. (He's faster and has better stamina than a kangaroo ;))

The pronghorn is the fastest land mammal in the Western Hemisphere, being built for maximum predator evasion through running. The top speed is very hard to measure accurately and varies between individuals; it can run 35 mph for 4 mi (56 km/h for 6 km), 42 mph for 1 mi (67 km/h for 1.6 km), and 55 mph for 0.5 mi (88.5 km/h for 0.8 km).[16][20] It is often cited as the second-fastest land animal, second only to the cheetah.[21] It can, however, sustain high speeds longer than cheetahs.[6] University of Idaho zoologist John Byers has suggested the pronghorn evolved its running ability to escape from extinct predators such as the American cheetah, since its speed greatly exceeds that of extant North American predators.[6][22]

I am not a bugologist, but Googling around I discovered the following.

So perhaps evolving your creature to grow a few extra legs, form an exoskeleton, replace its musculature and vascular system with a system of hydrostatic control valves, and passive high-tension "return" tissues, plus a brain to control it all thousands of times per second mite give it the speed you need. 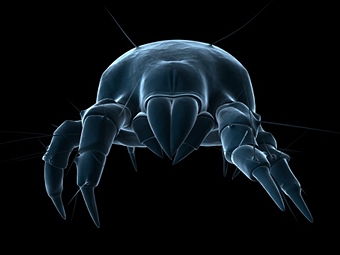 No theoretical limit on the speed attainable by this little guy. 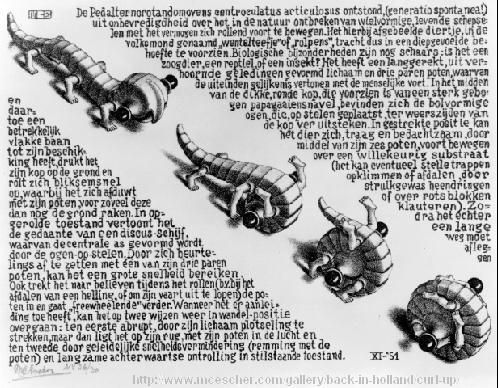 And the sidewinder snake (Crotalus_cerastes) easily reaches 18 MPH without sliding over the ground at all. 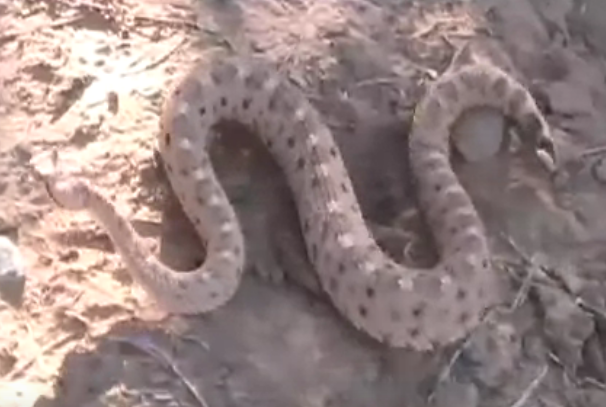 You have to see videos of the sidewinder in action to fully appreciate him.

I think you could modify the genes of any animal an "add" features to improve their speed without removing the instinct of how to function.

I mean you could add wings to a cheeta, and that doesn't mean that he would learn to use them and start making aerial attacks since they don't have the instict to use them effectively

Could affect them in some positive fashion, any other massive alteration could render them useless.

Wheels have (at least) two drawbacks - you need some kind of hub where the wheel can turn on (and also some way to apply power to it) - wheels are not a good choice on rough terrain.

Some "in-between" (not yet birds, but no longer dinosaurs) used their short "proto-wings" to help accelerating while running.

I'm unsure of what speed they could attain, but I think that's the best you can get without too much handwaving.

Your animal could have a hyper-slick fur belly, and powerful limbs on the sides, rather than under the body. This would allow them to slide along the ground. Penguins and river otters do this when traveling across the snow. They are built for swimming rather than running, so this is their best when conditions allow for it. But they are not optimized for it.

7
Vocal hardware required for a single creature to communicate with any land animal?
5
What's the most efficient way for a living creature to tunnel through wood?
6
What's the fastest (least time consuming) way to completely freeze a living, adult human?
6
How could a non round land creature puff up like a balloon?
7
How could a human-shaped fluid creature move like an actual human?
7
adaptations for land-based octopuses
5
Could a round legless creature be able to move by bouncing?
3
Whats the fastest gestation possible?
4
What would be the most lethal melee weapon for trunks creature on land?
34
Why would a land animal need to move continuously to stay alive?