In the History Channel program Clash of the Gods, some of the highlit characters have been given some interesting physical liberties. The episode "Minotaur" features King Minos with a meerkat-like black ring around his left eye and Theseus as a Caucasian man with a raccoon-like black mottle around his right eye. Another episode, "Medusa", also portrays Perseus with the same black blotch around his right eye, as does his mother, Danae, but also portrays King Acrisius with a black forehead.

Recent evidence has been showing that the origins of ethnic diversity involve individual mutations rather than specific responses to environmental surroundings. In that respect, is the sort of multichromacy presented in Clash of the Gods within the realm of possibility?

It is definitely possible and actually happens, through a few different possible paths.

Basically a birthmark is a marking on the skin visible at birth, which this would be no matter the actual cause (you have to love medicine where you can define something descriptively rather than for causes). They are caused for a few main reasons; Pigmentation issues dealing with variations in melanin in an area of skin and Vascular issues causing localized changes in blood flow causing discoloration.

The basic idea is that in utero one twin is absorbed by another, leaving the remaining being a composite of the two; with two different sets of genetic material. This can lead to rather interesting combinations including; multiple blood types, multiple sexes, differential hair growth and color, and different eye and skin colorations.

Thinking about it a little more aside from natural genetic multichromacy, the mostly likely actual explanation for marking like you describe would be a tattoo. Humans have been tattooing themselves for several thousand years to achieve this effect, and the idea of kings, priests, or warriors doing it as a mark of power or authority is also supported in history.

In addition to Josh King's answer, there's a skin condition called vitiligo in which patches of the skin lose their pigments. It can be symmetrical or asymmetrical, and while the cause is unknown, it is believed to involve genetic susceptibility combined with a triggering environmental factor.

It received some media attention after Desigual used Winnie Harlow, a model with vitiligo in a fashion campagin (articles here, and here) 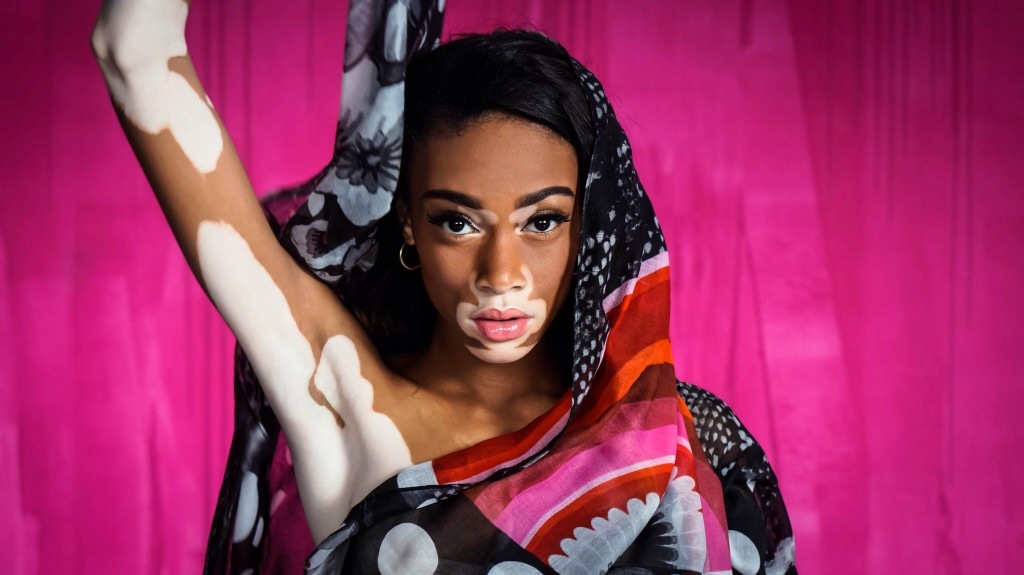 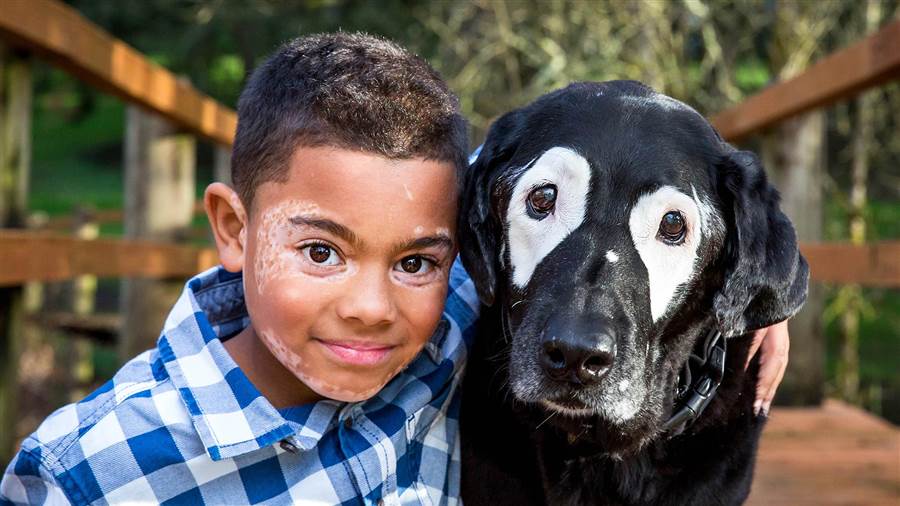 Not the answer you're looking for? Browse other questions tagged science-based reality-check humans genetics or ask your own question.

16
Is a condition leading to a cold-blooded human possible?
2
Race relations in the land of human shapeshifters
10
Karyotypes of partially interbreeding human races
21
Is this coral lagoon geologically possible?
6
Could this bio-luminescent “human” species be plausible?
8
Is this DNA absorbing creature possible?
9
Is this planetary moon's calendar possible?