Can early civilization utilize gold and silver when they are abundant, and copper and iron are rare?

This question is a thought expansion on this What early tools might be devised on a planet where diamonds were abundant?

According to this article, prehistoric men already utilized gold and silver for decorations and bullion for trade (or currency), and learned that harder metal, named iron and copper, is better used for tools.

However, what if silver rarity is swapped with iron and gold with copper? 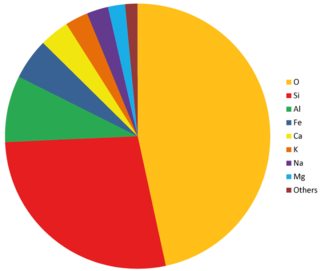 As you can see from the earth's element chart, iron is abundant enough to be included in the chart (5%), but in this world it's silver that is abundant.

Will the prehistoric man be able to utilize gold and silver, and how?

Every other metal rarity is unchanged.

I'm mainly concerned that gold will not be used tools, and whether iron will be the new gold instead.

If gold would have been abundant we would have used it instead of lead, not iron, because it's not hard enough and would make very poor tools, while it could be durable plumbing and "silverware" (with less lead poisoning).

Silver is much better than gold for tools, but it's nowhere near iron; it could have replaced bronze and brass.

Silver is also a very good conductor (electrical and thermal) and could replace copper (for most usages it would be much better).

I am not aware of silver or gold alloys with useful mechanical characteristics (i.e.: that could replace iron alloys).

The answer is simple, metallurgy.

Prehistoric man was making alloys of all sorts. There are numerous silver alloys which offered hardness in the range of iron or even some steel!

One of the best is an alloy of silver and copper, basically what Sterling silver usually contains. Even though copper is in short supply, fear not, you need less than 8% of it by volume. Other alloys exist which are even harder.

Also, you of course would want to cold forge the alloy for even extra hardness (or not if shattering is an issue). These weapons would hold an edge fairly well, and could be used for many different applications (tools, armor, etc) where steel is usually used.

An interesting point though would be that he who wields the great iron sword of scarcity would be at a great advantage when fighting those with the mere commoners silver swords...

Gold is very soft, so it is not so good replacement for hard metals. Could be used for mirrors and such. In fact, if you were to cover buildings with gold, the light would be reflected to a great deal so it might make the building cooler in a hot climate.

Silver has a very pleasant side effect of killing bacteria and fungus. If it was common to cook food in silver containers, use silver utensils, silver door knobs, etc, then you may have much fewer diseases spreading in your society. Silver is also fairly hard so could be used kind of like iron I guess. I should say that copper is also somewhat bactericidal and containers from brass are known to be healthy to use due to small leakage of copper into the water/contents, but copper is far less effective than silver.

some alloy of bronze would replace most of what we do with iron. gold and silver are much heavier than iron, so even without the softness, making tools from them would greatly effect what types of tools people would make with them.

Not the answer you're looking for? Browse other questions tagged alternate-worlds tools prehistoric-times .

14
What early tools might be devised on a planet where diamonds were abundant?