The Internet in our evil Overlord era

After an intense and cruel war, our evil overlord has finally managed to conquer the world. The last nation has fallen and now only small rebel factions stand against him.

The question is, what would be the state of the Internet in this scenario?

I am thinking that this evil overlord would find the Internet too useful to shut it down, but being evil and all I don't think it will be the same free Internet we have.

In order to maintain control this villian would try to control and restrict the whole net. Is that possible or there are always ways to keep some of it free? What would be required to do so? What are the alternatives? Also, keep in mind the villain may start rebuilding some of the cities to appease his ruling wishes and thus he has the opportunity to redo the whole infrastructure.

Do the rebels could still find some usefulness to the Internet in this situation?

Essentially all the Evil Overlord needs to do is coopt the current technology of Social Meida platforms to monitor the population and exert control. As the product for Facebook, Google and other Internet sites, your browsing habits and other metrics are constantly recorded, updated and sold to various customers. While today it is mostly advertisers, there is no reason that Facebook, Google etc. can't bundle and sell your information to the FBI, CIA, NSA (or the Mossad, MI5 or the FSB, for that matter. I'm sure they would for a high enough price).

Even better for the Evil Overlord, he can use these platforms to indirectly manipulate the population. Facebook has been caught tampering with newsfeeds and "trending", modifying what users see, and Google can modify their algorithms to determine what comes up to the top of a search page. More directly they can also punish users (for example, they have demonetized popular Youtube channels so conservatives make no money despite having thousands of views).

Even more insidious manipulations are possible. Consider Canada's government is pushing something called the "Carrot App". The webpage makes it sound pretty benign, but when you look at it more fully you see:

People who use the app are given points for "engaging in government-approved messages.", a rather Orwellian concept when you think about it.

Furthermore, even when you are not using the app:

” In order to use the app, users are giving Carrot Insights and the federal government permission to “access and collect information from your mobile device, including but not limited to, geo-location data, accelerometer/gyroscope data, your mobile device’s camera, microphone, contacts, calendar and Bluetooth connectivity in order to operate additional functionalities of the Services.”

It doesn't take a huge amount of foresight to imagine the Canadian Government might soon make installation of the app mandatory for every phone and mobile device sold in the country. How long after that will accessing government programs and services be contingent on your use of the app?

China has also developed something similar, where people get social credit points for adhering to the party line, reading government approved websites and making "approved" comments and votes.

So Big Brother can most defiantly use the Internet to impose a dystopian "1984" like society.

How to fight this would be difficult, the rebels would need to either find ways to transmit information over the internet infrastructure without being detected or revealed (Tor, VPN's, encryption), or more likely revert to things like Samizdat, snailmail and word of mouth to bypass the Internet entirely. This may be preferred especially if devices and programs like Siri or Alexa are routinely installed in buildings to do remote monitoring and spying.

Other hacks the rebels could try include discovering ways to flood the data collection functions of Facebook and Google with nonsense results, or directly attacking and disabling the server farms which house and control these companies infrastructures. 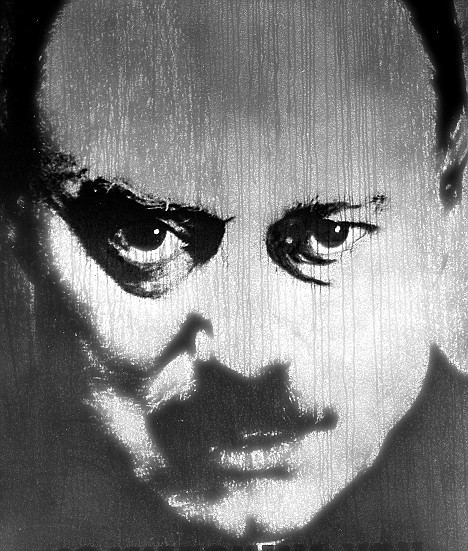 You thought this was just fiction, didn't you?

Your evil Overlord can go out today and buy the systems he needs for mass surveillance of the internet. For example, this article reports that BAE Systems Applied Intelligence has supplied precisely this type of software to Middle Eastern dictatorships.

The sophisticated technology can be used to spy on a huge number of people’s emails and mobile phones, triggering accusations from human rights campaigners that it is being used to silence or jail dissidents.

This was originally reported in the BBC documentary How BAE sold cyber-surveillance tools to Arab states.

A former employee, speaking to the BBC anonymously, described how Evident worked.

"You'd be able to intercept any internet traffic," he said. "If you wanted to do a whole country, you could. You could pin-point people's location based on cellular data. You could follow people around. They were quite far ahead with voice recognition. They were capable of decrypting stuff as well."

What have the results been of supplying cyber-surveillance systems like this. The following quote illustrates what has happened in the Middle East.

While it is not possible to link individual cases directly to the Evident system, increased levels of cyber-surveillance since the start of the Arab Spring have had a direct and devastating impact on the activities of human rights and democracy campaigners in many of the states that acquired it.

"I wouldn't be exaggerating if I said more than 90% of the most active campaigners in 2011 have now vanished," says Yahya Assiri, a former Saudi air force officer who fled the country after posting pro-democracy statements online.

In future the currently available techniques for evading covert internet use (VPNs, Tor, the dark web, and encryption) will be neutralized, illegal or used as a means of detecting rebels. However, any rebels will have to devise new methods of passing on the word of dissent. Photocopiers, USB sticks, and as @Thucydides suggested the revival of samizdat. People are smart. Revolution will out. But the internet will be not the way forward.

In summary, the systems and cyber-surveillance tools the evil Overlord needs to control, manipulate and dominate the internet exist today. He only needs to go out, buy and install them. No more difficult than purchasing and installing a server system connected to the internet. Unfortunately, the main usefulness rebels will find with the internet is that it guarantees them a quick trip to the evil Overlord's secret police dungeons where things will not be pretty at all.

While the answers recommending foreign countries' behavior toward the Internet are on point and excellent answers, I'd like to point out that the Evil Overlord status you're looking for can be found right here in the U.S.A.

20 years ago, when I was still an active Electrical Engineer, I read an article that described Google's behavior. I wish I still had access to the article. Paraphrasing, it explained that Google has kept every search and every email ever made or sent through its services, including all connecting information such as any data that might identify who you are. A week later, I read an opinion sent into the source that explained he had an email discussion with a friend about traveling to his country ... only to have advertising about flights to that country suddenly start appearing on his gmail account page.

Check out this clip from the movie Sneakers, "it's all about the information!"

The rebels could use the internet, (Provided it's still able to have whatever posted on it) to spread the idea of how horrible the new overlord is, and maybe even recruit people to join their resistance

A fully-encrypted, very heavily anonymized "new internet" mesh-network could be super-imposed on the existing (non-mesh) one. In fact, such has already been built in our current era. Google "Freenet" to see one example. (Warning: While I admire the principles of Freenet in theory, the actual content there is often not wholesome. Explore at your own risk.)

The idea is that through painfully advanced math and at the expense of painfully slow loading speeds, nearly perfectly anonymous internet usage is possible and simply looks like encrypted gibberish to others. This extends beyond basic internet end-to-end encryption in that you do not even know if the traffic being sent to/from one location to another is destined for the apparent end-point as every user stores some random encrypted chunk of the mesh-network on their machine.

Of course, if encryption itself made illegal (as is often discussed in the US, despite this causing the complete collapse of internet credit-card transactions if implemented) this becomes an unacceptable solution for the resistance to use. Then you're down to chaffing and winnowing somehow applied at a large scale to perform secure communications without encryption, but that too breaks down if there is no legal protection against self-incrimination, or if torture is a legal tool in civilian trials.

Chaffing and Winnowing works at a high-level by sending every possible message to another user, and only "signing" the bits in the message that correspond to the true message with your actual secret signature key. The other bits in the message are signed with a random key. This relies on the other user knowing this shared secret ahead of time and then using it to throw away all the bits that aren't signed by your shared secret.

This is different from encryption in that this is technically authentication. You're only proving that a message was sent by you, not concealing its contents. You just happen to be sending every other possible message of the same length without a signature.

In court if you are asked to provide your authentication key, your defense could then be that giving that key up would allow the prosecution make it appear that you wrote any number of messages as they could then masquerade as you from that point forward.

There's also an adaptation where you could supply a fake key with an associated fake message that you could willingly supply to authorities when questioned. At that point you'd have to be asked for "the key that was used to encode an incriminating message". That is no different than being imprisoned until you offer evidence (which may not exist!) that proves yourself guilty. So torture until you confess to a crime you might've committed isn't a far stretch from there either.

The primary downsides to this approach are the painfully inefficient speed of transmitting every possible message instead of just yours, and the need to have already traded secret keys (shared secrets) via some other medium (such as in-person) and the point-to-point nature of the protocol's communication which would make an actual internet almost certainly impossible to build off of it.

(For the curious, I have a simple Chaffing and Winnowing implementation here. I am not the author of the algorithm itself.)

Not the answer you're looking for? Browse other questions tagged technology dystopia internet or ask your own question.

6
Interstellar internet use cases, or “What if the internet was mail-order?”
51
What would happen to the internet if Google disappeared?
3
Technologically advanced humanity without internet
2
Alien ship connecting to the internet
1
Cross Galaxy Shared Information Through Internet