What are good places to hide small objects in public?

He had about 15-25 of these storage devices that he needed to hide, and has already physically destroyed his computer. He doesn't want to hide them inside his house / yard.

Have you heard of geocaching? 99% chance there is a small object hidden in public within a kilometre or two of you. It'll contain a notebook and pencil for you to write your name and the date in. Where are they? There are several geocaching websites that store the GPS co-ordinates of them. Some with clues to help you find them. I suggest you have a go.

Geocaching is hard unless you've been to that cache before. No-one notices the little white PVC box magnetically stuck on the side of a galvanised iron lamp-post. No-one suspects a pegged down upside-down black ice-cream container in a park's garden near a fence. Or a mint tin hidden in the fork of a tree. These things sit there for months or years without being removed (by 'muggles' as the geocaches call normal people). Hiding things in a city is a trivial task.

I'd go for the magnetic container. You can buy these as spare key storage from a hardware store. You walk past a lamp post or bridge with a hand rail, and attach it without even stopping walking (so the cctv won't catch you doing something suspicious). It'll probably stay there for at least several months. An example of this product is the MASTER LOCK 207D

Yes, there is a geocache that used this method (stuck to a bridge hand rail). It took me and a friend a good half hour to find it - even knowing where it was down to a few meters radius.

Answer heavily depends on if all devices must be recovered or at least one of devices suffices.

It would be very thoughtless of the character not to provide (at least) some redundancy.

In case all are needed then it would be better to package them into a single unit: in this case I would go for making them a box (by gluing them together or sticking with tape) with some meaningful content (if the box is small enough can be some kind of jewel box containing some trinkets of small value). Specific depend on actual aspect and characteristics of said devices (are they recognizable on sight? easily damaged?). Rationale is the thing should look like some kind of bricolage handmade for a gift.

In case the various devices are essentially copies and only one needs to be recovered it would be better to hide them in different and separated places: a few ideas (applicability depends on actual look):

There is a third plot alternative: you don't want any of the devices to be found (presumably to avoid incrimination); in this case you should minimize the number and keep them together (as in the first case (pun intended)).

What is the purpose of hiding:

You can have both. However, try to decide which one is first priority.

If yes, then try to fix that. Do something to blind 'detector'.

Redundancy would be best for case (1). But not for case (2). If case (2) does not happen, then you can hide few copy why left one copy (seem to be original) in your office to be compensate.

But if you require both case (1) and (2), I suppose the best ways is to create 2 copy of the data hide in 2 difference place. If government got the data, you still not screw up (you go to jail, but you have 'friends', right ?).

Give the copy to friends (or the only-original one) depend on priority of purpose (1) or (2).

The friends can keep those stuff with them in their property, and/or slip away undetected to hide somewhere far away from search team.

The problem: your hero knows where he hid the stuff. And the bad guys know he knows. And they will make him talk.

If the hero hands the things off for someone to hide, then he will give up his associate, and they will make the associate talk.

If the hero gets blind drunk and hides the things so he will not remember where they are, that is pretty clever in a dumbass kind of way. But the things are not hidden. They are lost.

He needs the things to leave him in the company of a stranger and take an unpredictable, circuitous route, ultimately coming back to him after a long time.

He needs a gnome. 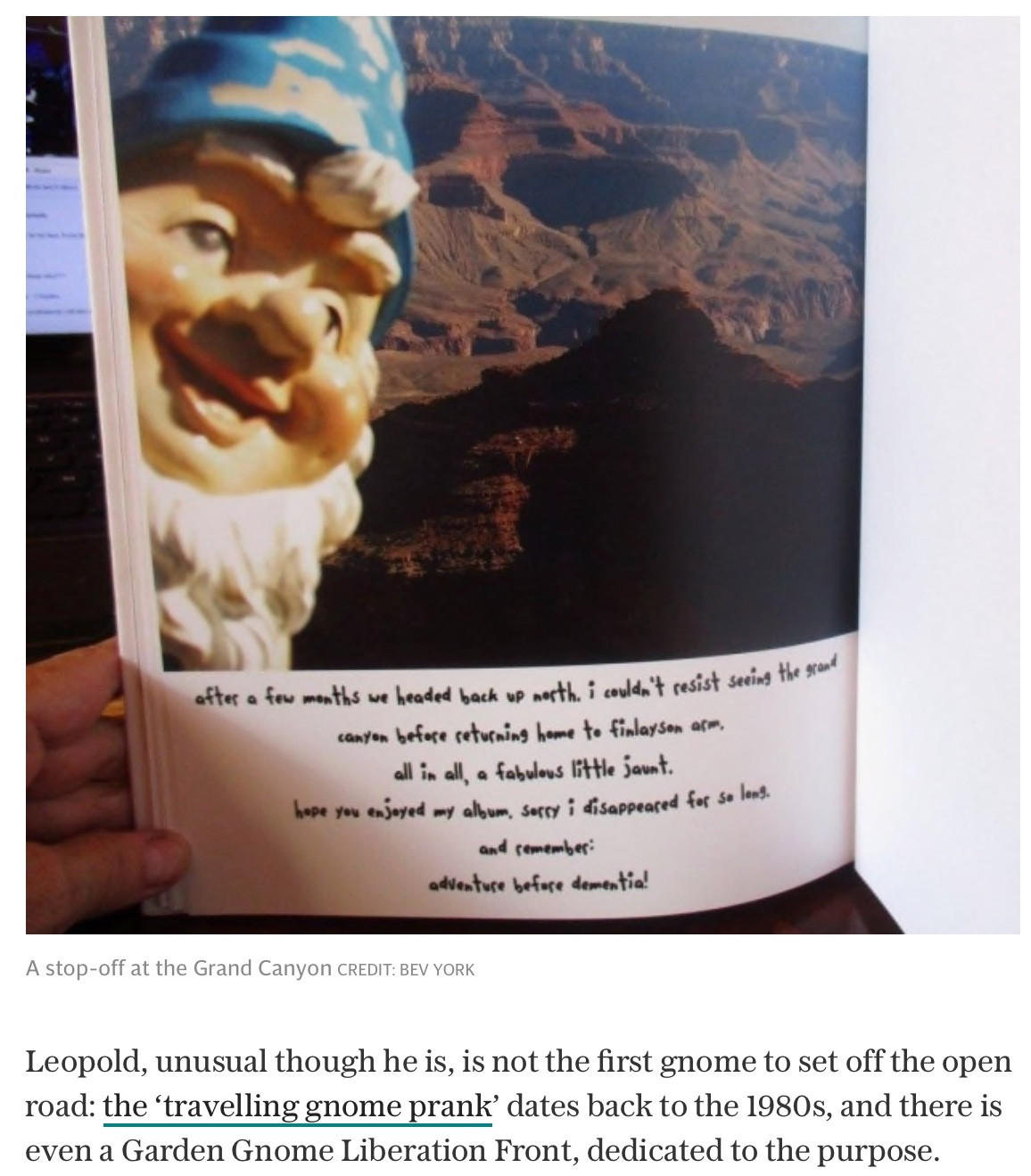 The travelling gnome prank involves the theft of a garden gnome, which then accompanies strangers and gets into trouble in the course of a long trip. The gnome eventually comes home with photos of his mysterious doings. In your case, the gnome is a mule, carrying a stash of illicit data within his hollow body. Even if the hero is caught, he cannot say where the gnome might be.

The baddies could wait it out, but it might take months. Or they could try to figure out where the gnome might be, and set off in pursuit. 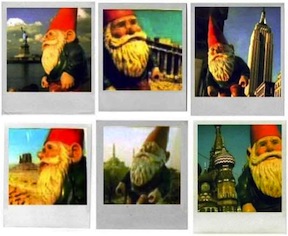 Since hacker epxects govermental attention, he should take into account not only known public CCTVs but covert surveillance too. So no 'dig at night'. The safe place should be

are too obvious for detectives. Also it's easy to check.

Another options hard to check

And other just hard to detect

Not the answer you're looking for? Browse other questions tagged society law-enforcement or ask your own question.

3
Could a utopian society exist with no system of exchange?
2
How would the general public accept bombers with good motives?
7
How fast can a society be 'upgraded'?
1
How can a Malign Government Dispose of “Lone Wolves” / Survivalist Communities Following a Doomsday Scenario?
21
Are there any good alternates to iron?
8
Is it plausible for a bureaucratic dictatorship to be overthrown by a single individual?
7
How can an eldritch abomination hide its true form in public?